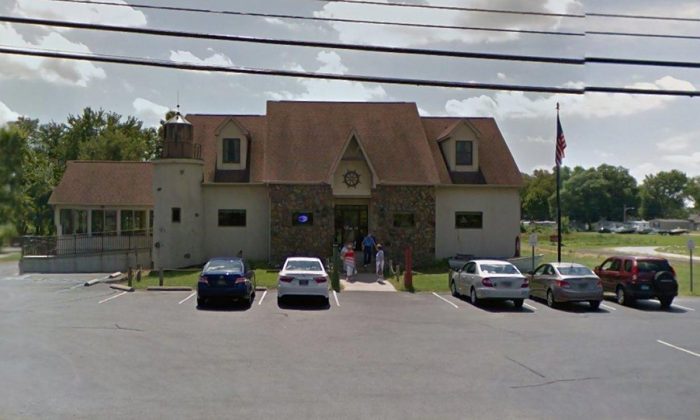 A woman was recorded screaming at a U.S. military veteran for bringing his service dog into a restaurant in Delaware.

RJ Wisowaty, the owner of Kathy’s Crab House & Family Restaurant in Delaware City, posted the clip to YouTube. It shows the unidentified woman going “crazy” due to the PTSD dog being allowed inside the eatery while the family ate, according to reports.

“I’m not going to keep my voice to myself,” the woman says in the video.

“I’m gonna voice it just like I did, and there’s nothing you can do about it,” she said, adding that one of her family members is a military veteran. “Y’all can’t change my [expletive] opinion. It should be a separate section for an [expletive] animal,” she yelled.

“It’s disgusting to have an animal inside of a public restaurant,” the woman said to the camera.

In the clip, several people tell the woman to leave the restaurant and go elsewhere to eat.

The military veteran was identified as Bill Austin, who currently lives in Montana.

“He has been trained to help me remember to take my medicine,” said Austin of his dog. He did tours in Bosnia, Iraq, and Afghanistan, NBC Philadelphia reported. “It’s making people understand that ‘You know what, this is not the way we should be treating each other,'” he said of the attention given to the video.