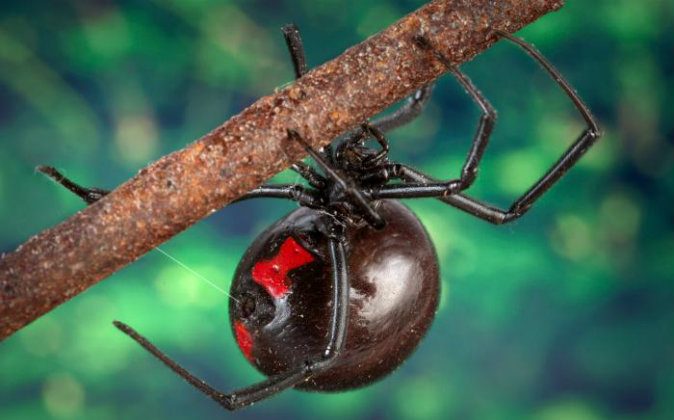 A black widow spider on a farm in Georgia, USA. (James Gathany/CDC)
UK

Woman Calls Police Over ‘Poisonous’ Spider, But It Turns Out to be Dust

A British woman called emergency services after she spotted what she believed was a poisonous spider that had traveled in from overseas along with a furniture delivery.

The woman was reportedly “left trapped” by the huge spider, forcing her to call 999 (the U.K. version of 911).

However, when a police officer came to her home, he discovered that the “spider” was nothing more than a large “piece of fluff,” according to the Metro.

The call’s details was released by Wiltshire Police as part of a campaign to show the inappropriate use of the 999 and 101 numbers.

The other calls included a homeless man who called police after he had been given a sandwich and was worried someone was trying to poison him because the wrapper was slightly opened. He wanted an officer to test it for him.

The Mirror said that a woman called police because she was afraid she couldn’t turn off her broken faucet and was overflowing. She was advised to take out the plug and call a plumber.

“I once took a call from a man who was lost in some woods,” Dominic Taylor, a senior operator with the police force, told the Mirror. “He was on his way home from a night out and was scared that a badger was going to attack him – the joys of alcohol.

“He was in the dark and couldn’t see anything useful to help me locate him. I reassured him he was unlikely to get attacked by a badger.

“During the call he advised me he was very cold, so I suggested that he run to keep himself warm.

“I managed to direct the caller to some houses and found where he was using maps and by checking the address listed on vehicle registrations.

“The caller was very relieved when he got home and very thankful for my help. Most importantly, he got home without a single badger attack.”

A police force spokeswoman told the Metro: “The campaign aims to educate the public about the appropriate use of the 101 and 999 numbers, reduce demand on the crime and communication centre and highlight the excellent work of our call handlers who are often under extremely difficult circumstances.”

Hi Woolworths, I had every intention of eating some fruit in the sun today, but my plans had changed when I found this…

Meanwhile, a few days ago, it was reported that a shopper discovered a pregnant spider “breeding” in her bag of grapes, according to the UK Telegraph.

She purchased the grapes from a Woolworths before making the complaint on Facebook.