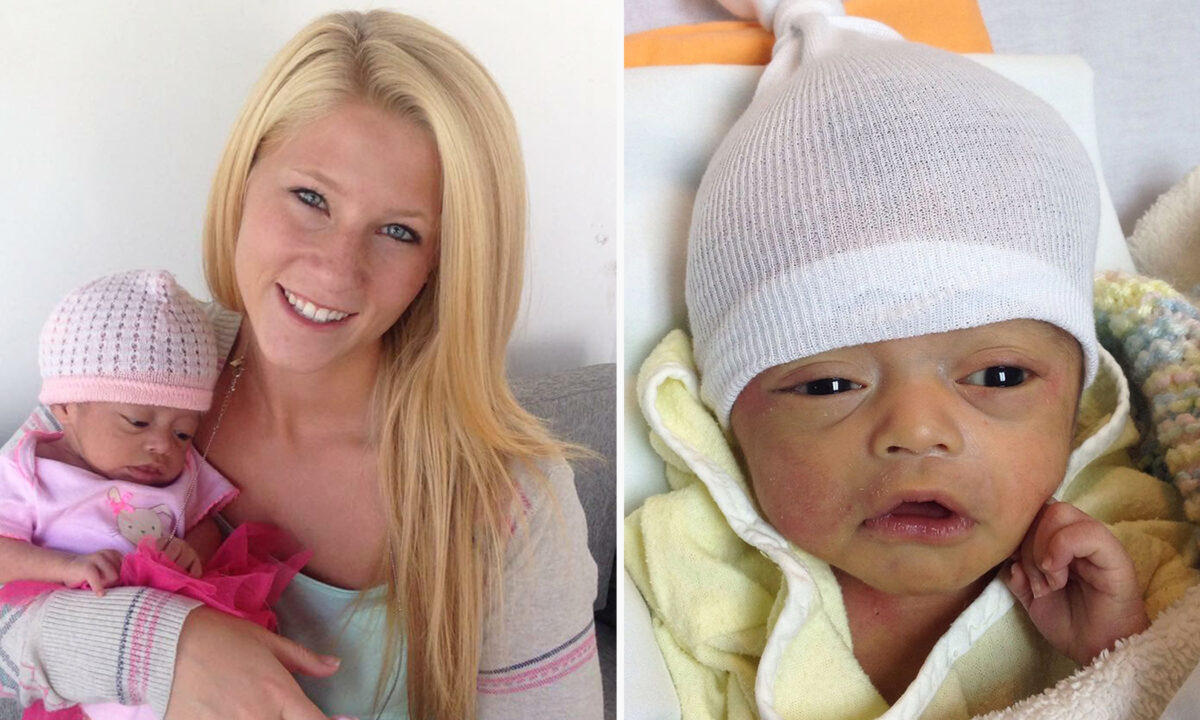 Woman Adopted Abandoned Baby With 3 Percent of Brain, Giving Her a Home While She Lived

After taking on a 10-day-old abandoned baby girl with a disease that left her with only 3 percent of her brain, missionary Addisyn López felt in her heart that there should be a place for terminally ill children to be “loved until the very end.” She thus established one at her family’s children’s home in Guatemala.

Caring for abandoned babies then eventually led Addisyn into the life-changing roles of wife, mother, and adoptive mom.

Addisyn’s family moved to Guatemala when she was 16, forcing the then-teen to give up the American dream. “A part of me wanted the comfortable,” she admitted, sharing her story on Love What Matters. “But what I’ve come to learn is when you step outside your comfort zone and allow God to use you, really use you, even when you’re afraid, He’ll teach you and stretch you.”

Addisyn’s parents founded a children’s home, called Village of Hope, for children with special needs and adolescent mothers, and the teen had five adopted siblings. It was through working at the children’s home that Addisyn found her calling.

One day, a social worker called about an abandoned 10-day-old baby girl with hydranencephaly, meaning she had been born with only about 3 percent of her brain. The little girl without a name was not expected to live long.

However, Addisyn immediately took her in without any hesitation.

Amid a flurry of hospital appointments and innumerable MRI’s, Addisyn stated an adoption case to an incredulous judge who told her that the little girl’s family didn’t even want her and that she wouldn’t survive too long due to her disease. And even if she did, she wasn’t expected to have a normal life.

But Addisyn was determined to give the baby a chance and claimed, “[H]er life matters, and the value of our life isn’t decided by the number of our days.”

Welcoming the baby girl into her life, Addisyn named her Emma Leigh. “Emma means whole and complete, which is what we were praying for her brain,” Addisyn explained, “and Leigh is mine and my mom’s middle name and the name I had always wanted to pass on to my first daughter.”

Through the time Addisyn took care of baby Emma, nurses, doctors, and people at the court constantly told her that the little girl was “lucky to have you,” the selfless woman recalled in an Instagram post. However, for Addisyn, that didn’t make sense, as she didn’t think she was doing anything special, and she didn’t consider it lucky that the baby girl was “abandoned” and “dying.”

“Finally one of the nurses told me, ‘I don’t think you get it. She’s lucky to have someone who fights for her,’” Addisyn wrote. After following the nurse to a basement where she was shown more abandoned babies, who were alone and waiting to die, she knew what she had to do.

Sadly, Emma Leigh passed away on April 16, 2015, but after receiving the love and care she really deserved. Having learned that most abandoned babies are not lucky enough to be held in their final moments, Addisyn established “Into His Arms,” a safe, loving space for terminally ill children.

As Addisyn’s project blossomed, so did romance. A man named Ronald, who worked beside Addisyn and the Guatemalan staff members at the ministry, cared for the children as much as she did. Eventually, the pair realized they had fallen in love.

They married in April 2017 in the ruins of Antigua. “We had 18 ring bearers and 37 flower girls in our wedding because every child at Village of Hope wanted to be a part of the ceremony,” said Addisyn.

Months later, two special children came into their lives. A judge approached Addisyn about a little girl named Zailee Grace who had been repeatedly rejected for a year, with homes citing lack of staff, lack of space, and her special needs as reasons not to take her in.

But Addisyn said yes to her.

Shortly thereafter, she and Ronald were woken by police sirens in the middle of the night. A convoy of prisoner-relocation vehicles had agreed to escort an unwanted baby boy with special needs, hoping that Into His Arms, being on their route, may take him in.

This is how Baby Ezra Justice joined the family.

“While some of the children in our care receive love and comfort measures during the brief time they have on this earth, others we get to see heal and thrive,” said Addisyn, who cares for 55 abandoned children.

She also states that “with Ezra and Zailee, we get to be the lucky ones who love them forever.”

After Addisyn gave birth to a baby boy, Atlas Jude, she and Ronald knew it was time to make their family of five official. Ezra and Zailee were formally adopted on June 3, 2020.

Describing Ezra as “a warrior,” Zailee as “a princess,” and Atlas as “the sweetest baby brother,” Addisyn hails her beautiful blended family as a light in the darkness.

“The journey that brought us here wasn’t always easy,” she shared. “There’s a lot of bad in the world, but I believe there’s even more good, and it’s up to us to be it.”