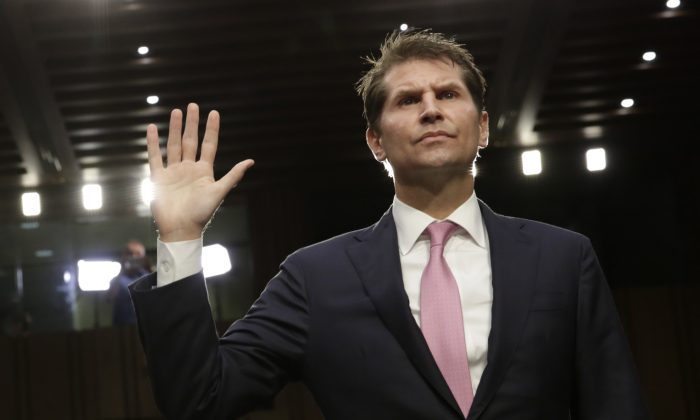 There are few people left in the FBI and the Justice Department (DOJ) who were involved in the counterintelligence investigation targeting the presidential campaign of Donald Trump, at least in high positions. One of the last top officials involved, Assistant FBI Director Bill Priestap, was just confirmed to be retiring by the end of the year.

Many specifics about the investigation remain murky. Officially, the FBI launched the probe in July 2016 to investigate allegations that the Trump campaign was colluding with Russia to sway the election. That probe was taken over by special counsel Robert Mueller in 2017, yet the allegations remain unsubstantiated.

On the other hand, evidence has emerged that the so-called Steele dossier, which was paid for by the Democratic National Committee (DNC) and Hillary Clinton’s presidential campaign, was used to obtain a FISA spy warrant on Trump campaign volunteer Carter Page. A memo by the House Intelligence Committee released earlier this year revealed that the Foreign Intelligence Surveillance Court was left in the dark about the extensive use of the Steele dossier in the application. It also showed that in one instance, a Yahoo News article, for which the author of the dossier—former MI6 agent Christopher Steele—was the source, was used to corroborate claims made in the dossier.

Of them, only Rosenstein remains in his previous role, while Boente was appointed FBI General Counsel in January. Comey, McCabe, and Yates all have been fired.

The spying on the Trump campaign, which also involved the use of other intelligence assets such as spies, as well a foreign intelligence, has become known as “Spygate.”

The original FBI probe was overseen by Priestap, who headed the FBI’s counterintelligence division. Directly under him, as the lead agent, was Peter Strzok, who was the deputy assistant director until he was reassigned, then fired on Aug. 10.

One of the agents on the case was Joe Pientka. It reportedly was he and Strzok who questioned Trump’s newly appointed national security advisor, Michael Flynn, on Jan. 24, 2017. Based on that interview, Flynn was charged and pleaded guilty to lying to the FBI. More than a year after his plea, Mueller has recommended no prison time for Flynn. Pientka appears to still be with the bureau.

Top lawyers at the FBI have also exited. James Baker resigned as FBI general counsel sometime before May 4. His deputy, Trisha Anderson, left the bureau around early September.

Meadows’s assertions are corroborated by public documents and inquiries made by The Epoch Times. If Meadows was correct, the two lawyers came into the crosshairs of DOJ Inspector General (IG) Michael Horowitz for messages they exchanged after Trump’s election. On Nov. 22, 2016, Moyer asked Clinesmith whether he’d rethought his “commitment to the Trump administration,” to which he replied: “Hell no. Viva le resistance,” according to the IG’s June 14 report, which only identified the employees as “FBI Attorney 1” and “FBI Attorney 2.”

Based on those designations, Clinesmith also lamented Trump’s win the day after the election, writing to another employee that he was “devastated” and couldn’t wait to “leave today and just shut off the world for the next four days.”

“Plus, my [expletive] name is all over the legal documents investigating his staff,” he also wrote.

It appears both lawyers are still employed by the FBI. The FBI wouldn’t comment on personnel matters below the executive level, but The Epoch Times was able to confirm in June that both lawyers were still with the bureau.

Also gone from the bureau is McCabe’s special counsel, Lisa Page, who quit in May, months after the IG revealed texts she exchanged with Strzok. The two not only used government-issued phones to hide their affair, but they also expressed a strong bias against then-candidate Trump and for his opponent, Clinton.

In one of their conversations, Strzok vowed to “stop” Trump from becoming president. In another, the two discussed having an “insurance policy” in the “unlikely” event that Trump won the election.

On the DOJ side, departures include Acting Assistant Attorney General Mary McCord, who was reported by CNN to leave in May 2017. David Laufman, head of the National Security Division, stepped down in February, The Washington Post reported.

One DOJ official who played a crucial role on the Russia probe, Bruce Ohr, was stripped of his Associate Deputy Attorney General title and was removed as head of the Organized Crime Drug Enforcement Task Force, but still remains employed by the department.

It was Ohr who was funneling unsubstantiated claims from Steele to the FBI, even after the FBI terminated Steele as an informant. Steele was hired, through Fusion GPS, by the Clinton campaign and the DNC to produce a dossier on Trump. Despite Comey admitting in a June 2017 testimony before Congress that Steele’s dossier was “salacious and unverified,” the FBI used it to request a FISA warrant on Page.