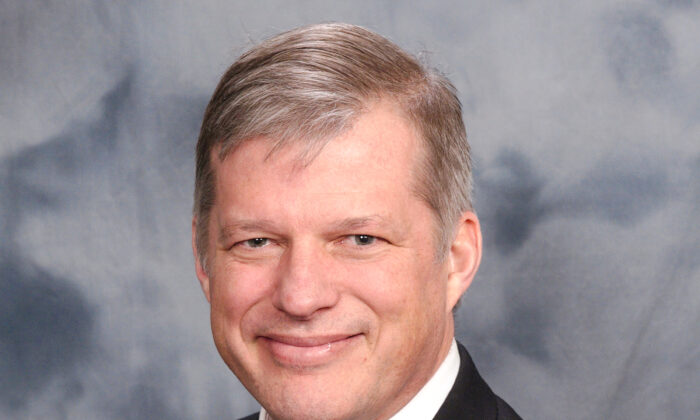 Voters in Wisconsin’s five largest cities are suing over the use of illegal unmanned absentee ballot drop boxes in elections.

Attorneys from the Thomas More Society, a nationwide public interest law firm, filed the legal complaints on May 25 on behalf of voters in Green Bay, Kenosha, Madison, Milwaukee, and Racine. Officials from the affected cities weren’t immediately available for comment.

Although Wisconsin election law forbids the use of unmanned absentee ballot drop boxes for voting, those cities used them, Thomas More Society special counsel Erick Kaardal said in a statement.

“In 2020, the cities of Milwaukee, Madison, Racine, Kenosha, and Green Bay made an agreement with the nonprofit Center for Tech and Civic Life to use the drop boxes to get these cities’ residents to vote,” Kaardal said. “This so-called ‘Wisconsin Safe Voting Plan,’ involved $8.8 million of private grants to these five cities, to target specific populations to vote. It had little, if anything at all, to do with keeping voters safe from Covid-19, as it purported to do.”

Facebook founder Mark Zuckerberg and his wife, Priscilla Chan, made $350 million in donations—”Zuckerbucks” or “Zuckbucks,” as some have called the money—to the “Safe Elections” Project of the left-wing Center for Technology and Civic Life (CTCL). The CTCL reportedly distributed grants to more than 2,500 election offices throughout the country.

Amid a wave of controversy over the election grants, a Zuckerberg spokesman said in April that the billionaire activists won’t be participating in such grantmaking this year, as The Epoch Times previously reported.

The legal complaint (pdf) filed against Green Bay in Brown County Circuit Court argues the case is urgent because the city used the unauthorized drop boxes in the November 2020 elections and may use them in the future.

“For the general election of 2020 and subsequent election cycles, the City of Green Bay purchased absentee ballot boxes, subsidized by Center for Tech and Civic Life, and placed them in certain city neighborhoods,” the complaint continues.

The document also states that the Wisconsin Elections Commission hasn’t adopted any rule restricting the use of the boxes.

The lawsuits follow the Wisconsin Elections Commission’s refusal last month to investigate the cities’ use of unmanned drop boxes and after the Waukesha County Circuit Court found in January that the drop boxes were contrary to state law.

“My clients have done everything in their power to get the Wisconsin Elections Commission to investigate the ‘Wisconsin 5’ cities for their policies of using the illegal drop boxes,” Kaardal said.

“Nonetheless, the Wisconsin Elections Commission refuses to investigate these known illegalities. Because the Wisconsin Elections Commission has made itself irrelevant, we now turn to the great circuit courts of Brown, Dane, Kenosha, Milwaukee and Racine Counties for judicial remedies to prevent these cities from using illegal drop boxes as they did, by agreement and with private funding, in the November 2020 election. Never again.”

Separately, Kaardal spoke with The Epoch Times in an interview.

“In Wisconsin, you’re not allowed to deliver someone else’s ballot … and the Waukesha County Circuit Court agreed that unmanned absentee ballot drop boxes are prohibited,” he said.

“It’s just unbelievable that the Wisconsin Election Commission and the five cities have not repudiated the use of the unmanned absentee ballot drop boxes and we’re only probably a month or two away from distributing absentee ballots for the August primary.”

If nothing is done about the illegal drop boxes, “the harm is going to continue,” he said.

The lawsuits are part of a new project of the Thomas More Society, which began its own Election Integrity Initiative earlier this year. The goal of the project, in the society’s words, is to “preserve and protect Americans’ sacred right to vote against those who would use money or other illegal means such as conditional ‘gift’ or ‘grant’ agreements to distort, evade or compromise electoral laws and safeguards.”