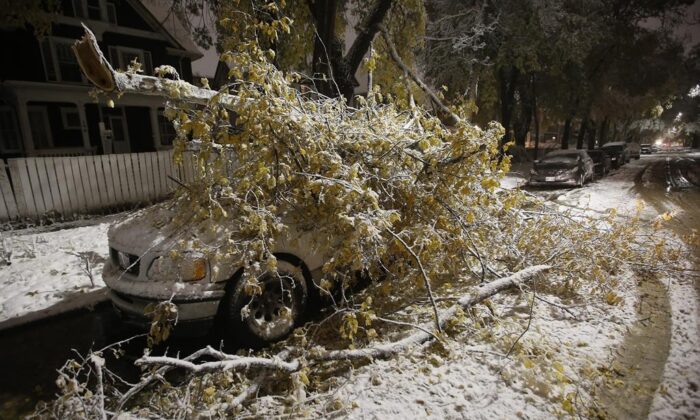 Winter Storm Warnings in Place for Much of Southern Manitoba, Parts of Saskatchewan

A storm Environment Canada has said has the potential to be the “worst blizzard in decades” is taking aim at parts of the Prairies, with winter storm warnings in place for much of southern Manitoba and parts of southeastern Saskatchewan.

As much as 30 to 50 centimetres of snow is expected for the region by Friday, along with winds reaching up to 90 km/h, while the western escarpment of the Red River Valley, the Riding Mountains, and the Turtle Mountains could see as much as 80 cm of accumulation.

The weather agency is urging people not to travel, saying even moving within communities may become impossible by Wednesday evening, continuing into Thursday.

RCMP said it would close all major highways in southern Manitoba overnight in anticipation of the storm.

The Winnipeg Airport posted on Twitter that airlines cancelled the majority of flights scheduled for Wednesday.

A school division serving southeastern Saskatchewan closed its schools for the week, and all Winnipeg school divisions cancelled school bus transportation for Wednesday and Thursday in anticipation of bad road conditions.

Environment Canada said conditions should begin to improve on Friday, although it also warned cleanup from the storm will likely last well into next week.