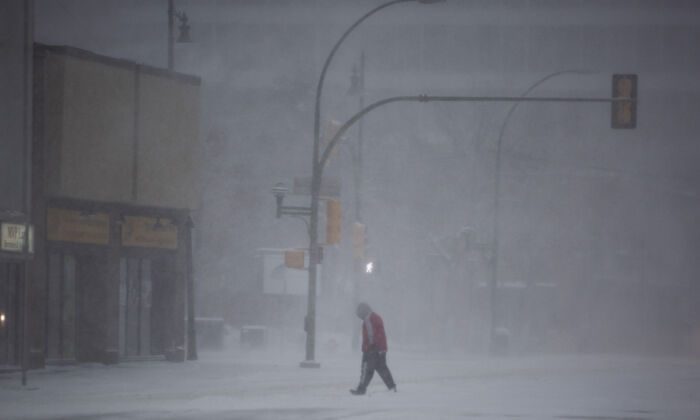 A pedestrian walks through the downtown area during a snowstorm in Saskatoon on November 8, 2020. (The Canadian Press/Kayle Neis)
Canada

Environment Canada forecasted between 10 to 20 centimetres of snow to fall by Thursday morning in southern Manitoba, while earlier blizzard warnings for a section of southeastern Saskatchewan were lifted late Wednesday.

The weather agency said the storm was expected to begin weakening Thursday, although snow and blowing snow would still be an issue.

Highway closures included much of the Trans-Canada Highway through Manitoba and the Perimeter Highway surrounding Winnipeg.

Environment Canada said conditions should begin to improve on Friday, with winds tapering off and the heaviest snow moving into northern Ontario.