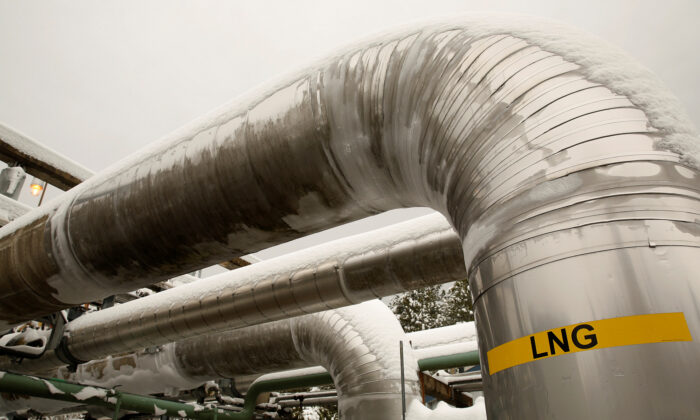 Natural gas prices have increased significantly in 2022, skyrocketing about 150 percent year to date to above $9 per million British thermal units (MMBtu) on the New York Mercantile Exchange.

But could the so-called “bridge fuel” reach $13 MMBtu this winter? It may be possible, said Laird Dyer, an Energy Analytics consultant, who spoke in front of an audience at the LDC Gas Forum Rockies & West on Aug. 16.

“We could see some pretty horrific numbers,” he warned.

The latest data and international developments might lend some support to dire double-digit prognostications.

This summer, according to weekly storage data from the Energy Information Administration (EIA), the United States has witnessed sizable supply injections. So far, the lowest builds were 15 billion cubic feet (bcf)  and 18 bcf in the weeks ended July 24 and Aug. 12, respectively.

The upward stockpile trends may prove to be critical this winter, with early weather models showing everything from “unreasonably cold snowy” to “hibernation zone, glacial, snow-filled” conditions for much of the country. If the forecasts are accurate, a plethora of factors could make it challenging to satisfy elevated heating demand.

EIA production data highlight that output has decreased by about 1.8 bcf per day, led by declines in Pennsylvania, West Virginia, and Ohio. In total, the United States produces an average of about 92 bcf a day.

In recent days, maintenance issues in the New Mexico part of the Permian Basin have also weighed on output volumes. If facilities in this area are inoperable for an extended period, it could result in an enormous amount of natural gas coming offline, industry observers warn.

Supply shocks could further strain the domestic sector, be it late-season hurricanes or prevalent winter freeze-offs. This would turn out to be devastating for an energy product that has seen an immense increase in demand, particularly overseas.

Competition for the fuel source could also intensify in the coming weeks as Asian buyers prepare for the winter season by ordering multi-month charters. Regional markets, including China and Japan, are already sounding alarm bells that power grids will be under tight strain if frigid temperatures engulf these nations, energy demand surges, and power plants go offline.

In addition, international LNG import capacity is approximately double export capacity. But industry experts warn that this chasm could narrow if U.S. facilities suspend operations, similar to what happened to Freeport LNG.

In June, a fire forced the company to shut down an export facility, erasing about 2 billion cubic feet per day from the foreign market and returned domestically. In recent months, most of the company’s capacity has been concentrated on Europe, so the shutdown eliminated about 2.5 percent of the region’s gas supply. The location is scheduled to reopen this fall, earlier than expected because the damage was not as severe as initially reported.

That said, if the event never transpired, prices might have already climbed into the double-digit territory because how strong foreign demand is right now, Dyer noted.

The State of Natural Gas

In the end, many market analysts purport that demand remains robust and supply and production continue to be lackluster. The state of the global energy market could support higher natural gas prices for a while longer.

For now, investors are eyeing the $10 mark in the spot price.

“We also feel there will be a lot of stops triggered if this market gets to new highs and reaches $10, which would only act to send prices even higher,” NatGasWeather said in a recent research report. “The market will remain volatile, with the risk of sudden pullbacks even in what feels like a bullish overall backdrop.”

September natural gas futures soared about 3 percent, to above $9.50 per million Btu, on Aug. 18.