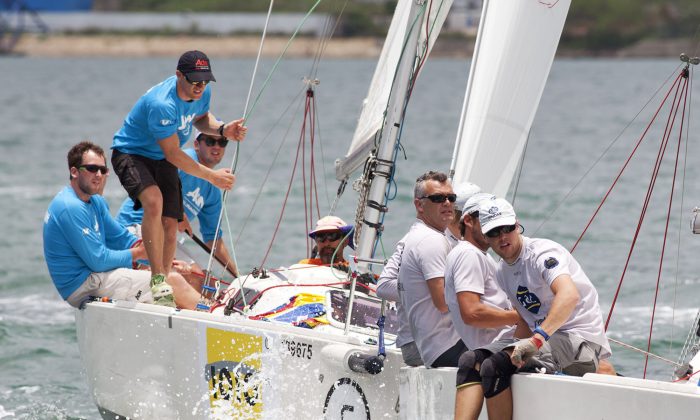 Ian Williams of Great Britain won the 1010 4G International Match Racing Regatta held in Kowloon Bay, Victoria Harbour from May 16 to May 18 in a strong international field.

After some delay due to wind conditions, the Semi-finals finally got under way in 15 Knot winds and on a strong tide.

Although it looked like the Williams-Tiller match would go all the way to a best of 5-Semi-finals, Williams won the next two matches to take the Finals slot.

Because of wind shift difficulties the Final was reduced to a best of three flights. Williams took the Final with two straight wins leaving Gilmour in second place. Tiller won the Petite Final in similar fashion to confirm 3rd place.