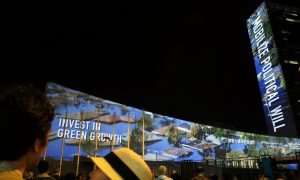 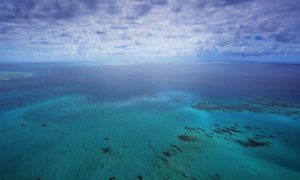 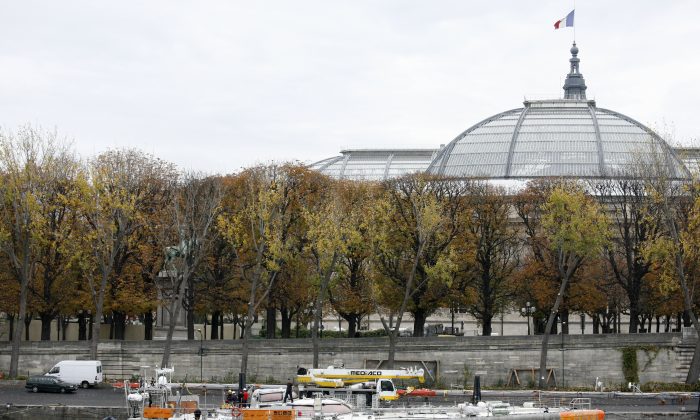 French research schooner Tara is docked near the Pont Alexandre III arch bridge in Paris on Nov. 3, 2015, ahead of the U.N. climate summit in the French capital. (Matthieu Alexandre/AFP/Getty Images)
Opinion

Will the Paris Agreement Be Legally Binding?

The inability of previous climate summits, notably Copenhagen in 2009, to deliver a legally binding agreement led some people to declare those negotiations a failure. But in practice, this should not be the central criterion for gauging success.

In Paris, the outcome should be judged on how far it goes towards supporting countries to scale up existing emissions reductions and stay within the agreed 2 degrees Celsius global warming limit. It is not necessary that the agreement be legally binding, as long as the outcome establishes a process for achieving the necessary scale of action.

At the Durban meeting in 2011, negotiators agreed to create “a protocol, another legal instrument or an agreed outcome with legal force” by the end of the Paris summit. This wording was deliberately chosen so as not to limit the options for how much legal force the agreement should carry.

There is now a growing recognition that the outcome will be either entirely political, or a hybrid approach consisting of a legally binding agreement relating to process and conduct (such as provisions on scaling up the mitigation pledges), but in which countries’ emissions targets themselves are non-binding.

While a comprehensive treaty may seem ideal, in practice there is no necessary connection between the legally binding nature of an international agreement and its effectiveness in producing outcomes.

Legally binding treaties tend to encourage countries to make modest commitments in order to minimize their risk of non-compliance, or else to opt out entirely. The Kyoto Protocol was internationally binding but this came at a cost of reduced participation (the United States did not ratify it) and ambition (Australia’s Kyoto target, for example, actually allowed it to increase emissions, while developing nations were not given any emissions restrictions at all).

Ultimately, political will and state action are what makes an international deal effective, so the outcome in Paris should provide a basic framework that will support countries to scale up the emission reductions that they are already making, so that we can achieve the 2 degrees Celsius goal as efficiently as possible.

Unlike the highly prescriptive Kyoto Protocol, the approach adopted in the run-up to Paris gives countries more freedom to choose their own climate targets (or in U.N.-speak, their Intended Nationally Determined Contributions, or INDCs) and to outline how they plan to meet them.

While not legally binding, INDCs are publicly available, so countries are accountable not only to other states but to a wide range of domestic and international stakeholders.

This is likely to lead to a more ambitious outcome in Paris, not least because the pledges are not “locked in” as they were under the Kyoto Protocol but are intended to be reviewed at regular intervals (the United States has suggested every five years), with the aim of ratcheting them up until the 2 degrees Celsius goal can be met.

For this approach to succeed, however, the INDCs need to be underpinned by a core set of rules, preferably embodied in a legally binding agreement, or at least in decisions made by consensus by the Parties. These should cover processes for scaling up pledges, as well as procedures for monitoring, reporting and verifying countries’ progress towards their targets.

At a minimum, the rules should also make it clear what industry sectors and greenhouse gases are included in a country’s climate pledge; the policies and laws it has passed (or intends to pass) to deliver it; and whether it proposes to use mechanisms such as international carbon trading.

The new approach puts a much greater focus on mitigation within countries. As a result, the Paris outcome is unlikely to establish any new market mechanisms, as the Kyoto Protocol did. Yet many developing countries’ INDCs state that their emissions pledges are dependent on buyers of international offsets from projects in their country.

Carbon markets will need to play a central role in transitioning the global economy, and the expansion of these key carbon markets will increasingly be led by alliances and “clubs” of willing countries and organizations, rather than being enshrined in U.N. protocols. One such alliance that has already emerged is the Carbon Pricing Leadership Coalition, which includes the World Bank, the International Monetary Fund, and global leaders such as German Chancellor Angela Merkel.

We are entering a new era of international climate cooperation. It may be less legally standardized than the Kyoto era, but it is also likely to be more effective.

Katherine Lake is a research associate at the Centre for Resources, Energy and Environmental Law, University of Melbourne, Australia. This article was previously published on TheConversation.com