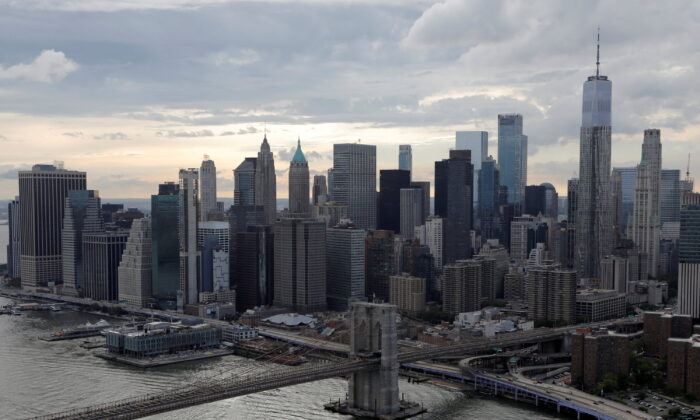 China’s borders have recently reopened for the first time since the beginning of the pandemic, allowing the world’s largest source of tourists and potential international homebuyers to travel freely around the globe.

The United States is the second-most popular home-buying destination for Chinese buyers, according to Juwai IQI, one of the largest global real estate platforms with almost 13 million monthly consumer engagements; Australia holds the top spot on the firm’s top five destination nations, followed by Canada in third, Japan in fourth, and Thailand in fifth.

It’s the first time in three years for most Chinese to be able to visit overseas real estate markets, Ansari noted.

Juwai IQI believes Chinese investments in foreign properties will increase rapidly this month alone and predicts outbound travel from China could reach 2019 levels by mid-2024. During the pandemic, Chinese international property investment slumped by 50 to 60 percent.

Meanwhile, the massive capital growth that China has experienced in recent decades is allowing many families the opportunity to sell properties in China and receive more than enough money to buy a luxury home in most U.S. markets.

“Chinese buyers of U.S. property range from the upper middle class with a few hundred thousand dollars to spend through to the ultra-high net worth with tens of millions of dollars,” Ansari said.

In fact, data from Credit Suisse’s Global Wealth Report 2022 indicates that China is home to the world’s second-largest population of ultra-high-net-worth individuals—about 30,000 of them with assets greater than $50 million.

Concerning the recent reported new outbreaks of COVID-19 strains in China, Ansari said many nations, including the United States, require travelers from China to show a negative COVID test to enter the country. For those traveling to China, the Chinese National Health Commission has issued a ruling that incoming travelers will be required to show a negative PCR test within 48 hours before departure.

Daniel Chang, the head of the Asia desk for The Field Team at Sotheby’s International Realty Inc. in New York City, told The Epoch Times that he hasn’t yet seen a huge influx of buyers from China, but expects that could change by late spring.

“I start getting calls in April, when colleges are announcing their admissions, and then June through September has always been busy,” he said. Many of his clients are parents of college students who are looking to purchase a condo or co-op for them.

The bulk of his international business comes from China, Taiwan, and Hong Kong, and typically involves the high-end market. About 99 percent of these are all-cash deals, with the average purchase in Manhattan at $1 million to $2 million for a one-bedroom apartment.

“It’s very different than first-time homebuyers looking for an affordable place to live,” he added.

From Chang’s experience, the United States has always been the top destination for Chinese students because of the superior selection of colleges and universities.

“Many foreign parents don’t want their kids staying in a dormitory. They have a lot of safety concerns and want to place them in a building with good security,” he said.

Another big market for Chang, who over the years has achieved more than $3 billion in real estate sales and currently develops the firm’s Asian client base and referral network, are those individuals seeking medical treatments that may not be available in China.

“China’s doctors’ offices are often filled with COVID patients, so they don’t want to go there,” he said. “If they can afford it, they’ll come to the United States for treatment and often look for properties to purchase so they’ll have their own place when they return.”

Many Chinese women seeking fertility treatments, surrogacy services, or cosmetic surgery are also some of his home-buying candidates.

During the pandemic, some of Chang’s clients purchased properties sight unseen, using only FaceTime, Zoom, or other video transmissions to view properties. While China is a communist regime politically, he noted that economically, it operates as a capitalist society, producing a steady growth of wealthy business owners and executives.

“Taiwan and Hong Kong are also booming,” he added.

Originally from Taiwan, Chang has traveled to China for business, and will be able to resume that activity now that the borders have reopened. For foreigners who do purchase real estate in the United States, their stays can be limited based on their visas.

“Typically, they’re buying higher-end properties so they’re not competing with first-time homebuyers,” he said. “The average purchase price is around $1 million, and 58 percent of them are doing all-cash deals.”

That dollar volume in home sales was the highest among the top five foreign buyers, with Canada at $5.5 billion, India at $3.6 billion, Mexico at $2.9 billion, and Brazil at $1.6 billion.

“The volume has been a lot lower in the past two years due to COVID and travel restrictions, with many Chinese buyers making purchases through family members, friends, or virtually through videos,” Christopherson said. “It will be interesting to see in the 2023 report if they regain ground on their market share, given the reopening of China’s borders.”

The NAR reported California as the top U.S. destination for Chinese buyers in 2022, at 31 percent, followed by New York at 10 percent, Indiana and Florida tied at 7 percent, and Oklahoma, Missouri, and Arizona tied at 5 percent.

The NAR report also found the most common type of property purchase was a detached, single-family home. More than half of Chinese buyers in 2022 planned to use the property as a primary residence, while 25 percent are using it as an investment for rental income.