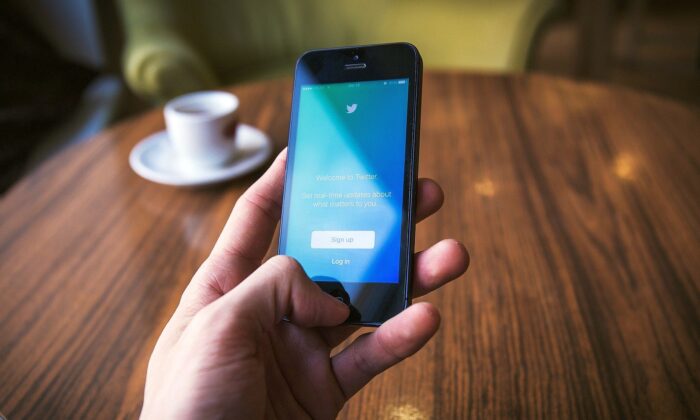 Will Conservatives Finally Awaken to the Big Tech Threat?

As the American right continues to sort through its identity crisis, four years after the earth-shattering election of a heterodox Republican Party presidential standard-bearer, battle lines are hardening on the issue of Big Tech’s hectoring censorship and its monopolistic corporate misbehavior.

The increasing brazenness with which the various Big Tech behemoths distort their search algorithms to hide conservative viewpoints, undermine conservatives through “shadow banning” and weaponize the sanctimonious and self-serving “fact-checking” cottage industry to suppress conservative voices has long been clear to those of us who, to use the parlance of the day, are “very online.” The 2017 dismissal of Google engineer James Damore exposed the search giant as an “ideological echo chamber” (Damore’s words)—a company that, incidentally, has a jaw-dropping 87.3 percent market share for the U.S. search market. Amazon has faced allegations of artificially limiting competitors and boosting its own internal AmazonBasics products. Facebook has outright banned anti-lockdown pages and removed posts supportive of the besieged teenager Kyle Rittenhouse. Twitter affixes “fact-checking” warnings to the tweets of conservatives—and exclusively the tweets of conservatives.

But conservative angst with Big Tech duplicity, long latent and perhaps overshadowed by other issues deemed more pressing at a given time, has now reached an apogee. Facebook and Twitter ganged up against the New York Post, founded by Alexander Hamilton and existing today as the nation’s oldest continually operating daily broadsheet, in galling fashion. The Post, with assistance from President Donald Trump’s attorney and former New York City Mayor Rudy Giuliani, broke a bombshell story about the miscreant Hunter Biden’s dealings with Ukrainian energy company Burisma—and the extent to which then-Vice President Joe Biden’s diplomatic efforts in the Eastern European nation might have been tainted because of it. Facebook dutifully blacklisted the story—with its policy communications manager having the chutzpah to boast about it. Twitter followed its older corporate cousin’s lead, effectively banning in toto access to and sharing of the story.

It is, of course, fair game—indeed, it is a good thing—for public-spirited media watchdogs to closely scrutinize the Fourth Estate’s veracity (though one cannot help but wonder where this scrutiny was for the myriad journalistic outlets that reproduced, no questions asked, the infamous and reckless Hillary Clinton/Democratic National Committee bought-and-paid-for Steele dossier). But the Post is not exactly a “fringe,” “far-right” outlet; it is one of the nation’s largest daily newspapers by circulation, with a storied history. And notably, no one seems to be outright denying the Post’s reporting—not even Hunter Biden himself.

Twitter CEO Jack Dorsey and Facebook CEO Mark Zuckerberg will assuredly have to answer, via Senate subpoena, for what appears to any reasonable observer to be a deliberate, partisan attempt to quash a prospective “October surprise” and elevate one particular presidential candidate over another. Sen. Josh Hawley (R-Mo.) has even raised the possibility that the shameless censorship may amount to in-kind political contributions in violation of extant campaign finance law. But all of this raises the question: What is the proper “conservative” approach, in the 21st century, to the thorny issue of a preening, deceitful, uniformly leftist Big Tech corporate landscape—a landscape, that is, characterized by a small handful of firms exercising either monopolistic or near-monopolistic power?

Think tanker Henry Olsen has written extensively about the American right’s decades-long malady of “free market fundamentalism”—the liberalized notion that private sector action is per se good and public sector action is per se bad. But whatever intuitive appeal such a sentiment might have for dorm-room libertarians reading Ayn Rand for the first time, to proffer such a creed as a viable theory of governance is to succumb to the elevation of fanciful dogma over the pragmatic realities of everyday life. Justice and liberty are ill-served by large concentrations of tyrannical, unaccountable power, regardless of whether those concentrated power sources are public or private. As the great conservative sage Russell Kirk was fond of noting, relying in part on Aristotelian wisdom and conscientiously drawing a distinction between his worldview and that of the classical liberal F.A. Hayek, the maximization of individual liberty is hardly a just society’s highest good—to say nothing of “corporate liberty,” whatever such a nonsensical term might imply.

Legal theorists and policymakers are still contemplating how to reconcile the fact that our Constitution deals primarily with state action—the 13th Amendment is the only constitutional provision that deals explicitly with private action—and the fact that the true threats to our liberty in the 21st century, whether in the form of online speech or digital privacy, disproportionately emanate from private, nonpublic action. That generational reconciliation process is unfolding in real time, and it is unlikely to conclude any time soon. In the interim, it is imperative that conservatives resist the outmoded pieties of an overly liberalized past and embrace the solemn responsibility of wielding the levers of political power in the service of good political order—to protect online speech from the heavy, censorious hand of Silicon Valley ideologues. It is time for all conservatives worthy of the name to support reform of Big Tech’s wide-ranging sweetheart legal immunity deal, Section 230 of the 1996 Communications Decency Act, in addition to antitrust enforcement against the very worst offenders of concentrated power.

Let the libertarians and liberalized conservatives continue to wax poetic about maximal private sector worship and market fundamentalism. It is incumbent upon the rest of us—those of us who live in the real world—to act responsibly and stand up against this distinctly 21st-century threat to the American way of life.