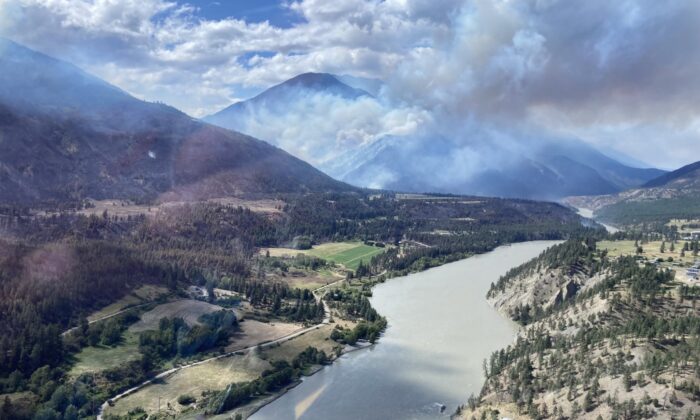 Canada’s western provinces are dealing with a number of wildfires caused by warmer and drier weather.

The B.C. Wildfire Service is keeping an eye on the Nohomin Creek Fire, which measures more than 20 square kilometres and is burning just west of the Village of Lytton.

It says lower humidity will cause fuels to dry out, stoking the flames of the nearly week-old blaze that has already destroyed at least six properties.

Lytton was razed in a similar fire last year and many residents evacuated in 2021, still have yet to return home.

The Manitoba Wildfire Service says heat and hot weather have caused 45 blazes in the province with the largest being east of Mathias Colomb Cree Nation.

It says about 230 square kilometres have been burned, and the nearby community of Pukatawagan has been evacuated.

The service says rain has helped firefighting efforts in the southern half of Manitoba, but the northwest corner of the province remains a concern with new fires starting and heavy smoke obstructing suppression efforts.