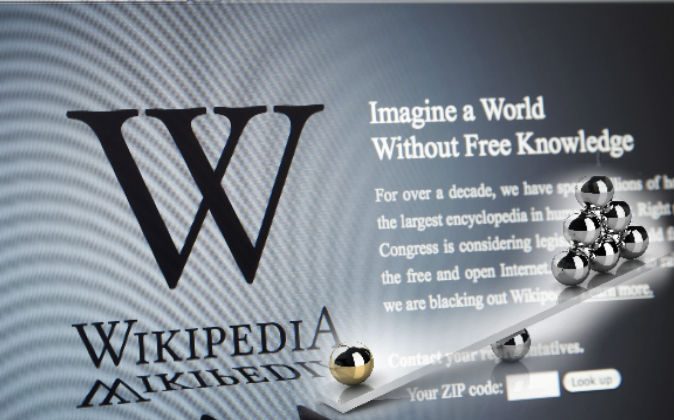 Wikipedia is a great resource for people who are aware of its shortcomings. It provides a useful service by bringing the general public a wealth of information on seemingly infinite topics in easy-to-understand snippets.

A problem occurs, however, when people take everything they read on Wikipedia to be the truth without question. Though one of Wikipedia’s “Five Pillars”—that is, one of the fundamental principles on which it is said by its creators to operate—is to approach all topics “from a neutral point of view,” this is not always the case.

Senior members of public relations firm Bell Pottinger told UK newspaper The Independent that they had Wikipedia entries edited on behalf of governments, such as Uzbekistan’s, that had poor human rights records.

They had Wikipedia entries edited on behalf of governments that had poor human rights records.

There was an outcry earlier this year when the NYPD admitted someone using an IP address registered to the department made edits to the Wikipedia page of Eric Garner. Technology website Ars Technica called it an attempt to “sanitize Wikipedia entries about cases of police brutality.”

The Association for Comprehensive Energy Psychology (ACEP) posted a petition to Change.org last year asking Jimmy Wales, one of Wikipedia’s founders, to “create and enforce new policies that allow for true scientific discourse about holistic approaches to healing.”

Wales responded: “What we won’t do is pretend that the work of lunatic charlatans is the equivalent of ‘true scientific discourse.'” Calling scientists who support certain research “lunatic charlatans” doesn’t sound neutral. Wales said the work of such scientists had not been published in respectable journals. Yet the ACEP website lists many articles published in various peer-reviewed journals, including the Journal of Clinical Psychology, which Wikipedia views favorably.

Dean Radin, senior scientist at the Institute of Noetic Sciences in California, wrote on his blog: “That there are different opinions about such topics as homeopathy, parapsychology, or energy medicine, is not surprising. But it is disappointing (and on the verge of abetting libel when it comes to biographies of living persons) when an otherwise useful encyclopedia maintains a policy of presenting such topics with a systematic negative bias.”

In 2012, a study led by Professor Marcia DiStaso of Penn State University showed that as many as 60 percent of Wikipedia articles contained factual errors. The study was related specifically to entries about companies, but could give an indication of accuracy issues across Wikipedia. The study was conducted in collaboration with the Public Relations Journal, which surveyed 1,284 members to see if their clients’ Wikipedia entries were accurate.

As many as 60 percent of Wikipedia articles contained factual errors.

A Canadian doctor has been encouraging his colleagues to help correct medical entries on Wikipedia, as he has noticed many errors. Dr. James Heilman works as an emergency room physician in Cranbrook, British Columbia, Canada. He encourages patients to use Wikipedia as long as they question the veracity of the material and use other sources of information as well, he told CBC News last year. Dr. Heilman led a study that shows at least 50 percent of doctors use Wikipedia to jog their memories. In 2013, medical-related content on Wikipedia was accessed 5 billion times.

At least 50 percent of doctors use Wikipedia to jog their memories.

Obvious Wikipedia blunders have been the subject of ridicule, but how many less obvious inaccuracies or falsehoods slip under the radar?

A 2009 PC World article highlighted some of the humorous blunders, including statements in Wikipedia entries that “[Singer] Robbie Williams eats domestic pets in pubs for money,” “[Soccer star] David Beckham was a Chinese goalkeeper in the 18th century,” and “The Duchess of Cornwall’s Christian name is Cow-miller.”

Wikipedia has taken some steps to improve accuracy over the years, including imposing more stringent criteria for editors. Yet the number of active volunteer editors is declining as the number of new articles published daily is growing, noted Ph.D. candidate at Queensland University of Technology Kim Osman in an article titled “Paid Editors on Wikipedia—Should You Be Worried?”

“Journalists and scholars have learned to tediously edit over and over again before publication to get it right.”
— Edwin Black

Author Edwin Black wrote in The Cutting Edge News in 2010: “Journalists and scholars have learned to tediously edit over and over again before publication to get it right. Wikipedia believes there is no use waiting—every edit and version is immediately public.”

Use Wikipedia as a starting place, not as the ultimate word on the topic of interest. If what you’re looking up isn’t something you want to research in-depth, that’s OK. Just remember that whatever quick glimpse of a topic Wikipedia has offered you may not be a true, clear picture of the complexities of that topic.

A great thing about Wikipedia is that the sources are given in footnotes. Take a look at the original sources listed in the footnotes and decide for yourself if they are credible. Better yet, go to those sources and see the information in context. If a piece of information in the Wikipedia entry is not clearly cited, beware.

After gaining a quick overview of the topic, you can search for more information. Use key words in the Wikipedia entry as search terms. If you preface your search terms with “site:edu” or “site:gov,” Google will only give you results from college or government websites. This is a quick way to access credible sources, though sometimes those sources may be more dense and difficult to understand than the Wikipedia entries.

Realize that human beings with biases (and in some cases, perhaps, inadequate research skills) have posted the information you are reading on Wikipedia.