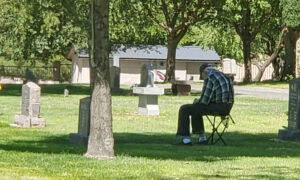 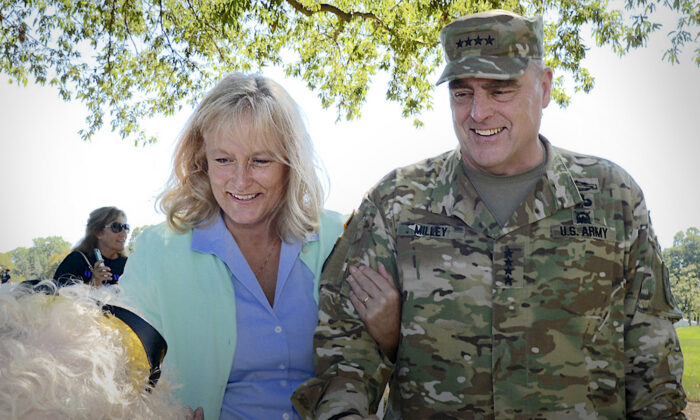 Wife of General Milley Rushes to Aid, Revives Vet Who Collapsed at Arlington on Veterans Day

When an elderly man collapsed during a Veterans Day ceremony and stopped breathing, none other than the wife of the United States’ Joint Chiefs of Staff chairman rushed to help him.

After serving as a nurse practitioner for 33 years, acting in an emergency comes naturally to Hollyanne Milley, wife of General Mark Milley.

She was attending the Arlington National Cemetery annual wreath-laying ceremony in honor of military veterans on Nov. 11. When she heard a commotion behind her, it was only natural to her to respond to the scene.

When she turned to see what the noise was all about, Milley realized someone had collapsed.

“I just saw legs laying there,” she told NBC.

She rushed to help the man, who lay unresponsive.

“I immediately ran to see if I could help,” she told CNN. “There were just a few people around him. He was not responsive and couldn’t speak, and he had very labored breathing that was not actually moving air into his lungs.”

After Milley directed a bystander to call 911, she turned to check on the patient again. NBC reported that the man had stopped breathing, and Milley could no longer feel a pulse.

Fortunately for the unconscious man, Milley had years of practice reviving patients.

“I did about two cycles of CPR, and then he just took a big, deep breath and kind of groaned a little bit and then started moving around.”

Helping him into a side-recovery position, Milley spoke to the man and encouraged him to take deep breaths. Soon after, an ambulance arrived, and the man was taken to a nearby hospital.

The next day, Milley was able to check in on her unexpected patient. She reported that he was recovering well, adding that he is a veteran himself, and asked to remain anonymous.

According to CNN, he told her he’d been at the ceremony “admiring the pageantry and the beautiful nature.”

Milley added, “He is grateful that he will be here next year to honor those who served, and said, ‘Because a bystander knew CPR, that’s why I’ll be able to continue honoring our veterans for many years to come.’”