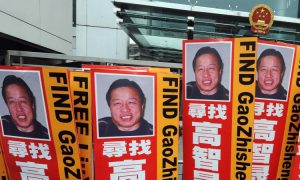 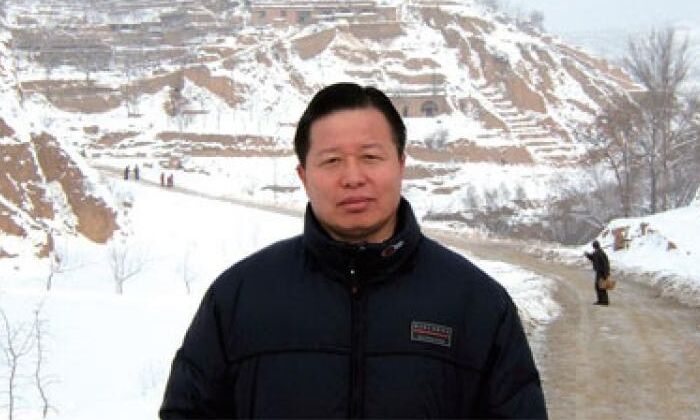 The wife of Gao Zhisheng—known as “China’s conscience”—worries that the Chinese Communist Party has murdered the human rights lawyer. On April 14, she demanded Beijing answer two requests and said she would take further action if they did not acknowledge her right to information on her husband who is in state custody.

“If Gao Zhisheng is indeed dead, I ask the CCP to return his ashes, out of humanity,” wife Geng He told The Epoch Times in a phone interview on April 14.

“[If Gao is still alive], I’d like to be detained in the same prison as Gao. I ask the Chinese embassy to issue a visa to me and let me enter China,” Geng added.

Gao is a renowned human rights lawyer, dissident, and author in China, and April 20 will be his 57th birthday. He has drawn the ire of the whole communist party state in China because he was a constant spanner in the works, speaking out against the party’s mistreatment of common Chinese people. He consistently offered his legal services, often pro bono, to defend vulnerable groups in China since the early 2000s. The regime has had him detained or under house arrest since August 2006. He has also been tortured.

On Aug. 13, 2017, Gao disappeared from his brother’s house in Jia county, Yulin city, in northwest China’s Shaanxi Province. The Yulin policy bureau confirmed that the communist party had detained Gao but refused to say where he was being held.

April 15 represents the 1,140th day since Gao’s disappearance. All this time, the regime has refused Gao any relative visits and has refusing to release any information on him.

Gao’s wife Geng fled China with their then-16-year-old daughter and 5-year-old son in 2009 with the help of underground faith groups and were offered refuge by the United States. Over the past three years, Geng has kept up pressure on the Chinese authorities for information on her husband’s condition but has yet received any response.

“I called our relatives [in China on April 9] and they told me that they called the Yulin police bureau for Gao’s information. The police answered them now U.S.-China relations are tense. Gao is a sensitive figure and nobody can visit Gao,” Geng said.

Knowing clearly the evil that China’s communist regime is capable of, a day has not passed where Geng has not been deeply worried for her husband.

“[The regime] doesn’t allow relatives to visit him, doesn’t release him, doesn’t show his photos … I’m worried he has died. I want to see him if he is still alive and see his body if he died,” Geng told The Epoch Times through tears.

“Last year, the Yulin police claimed that nobody can visit Gao because of the pandemic,” Geng said. “Now, they have created another excuse.”

Gao suffered significant torture when he was imprisoned in 2006. On Nov. 28, 2007, he decided to risk his life and explain to the outside world in writings what he had suffered in a black jail in Beijing just months earlier. His writings were smuggled out of China with the help of friends.

“Four electric batons shocked me at the same time. I felt my organs and muscles were jumping quickly under my skin. They were trying to escape the shocks,” Gao wrote in one article titled Dark Night, Dark Hood, and Kidnapping by Dark Mafia.

“When I was rolling around on the floor because of the pain, the policeman surnamed Wang started to shock my genitals using an electric baton.”

After hours of being shocked, the police lit five cigarettes at the same time and blew smoke to Gao’s nose and eyes for two hours. “[At that time,] I could only feel that tears were dripping on my legs. I wasn’t even aware of the policemen’s actions,” Gao wrote.

The torture continued for over 50 days, and Gao lost consciousness again and again.

Geng said she has raised their children into adults now, and that she really wants to accompany her husband no matter how tough the torture he is suffering.

Gao Zhisheng is referred to as “China’s Conscience” by many human rights activists inside and outside of China, including former Canadian Secretary of State for the Asia-Pacific David Kilgour.

In the early 2000s, Gao represented several Falun Gong practitioners in cases seeking redress from the regime, which has outlawed the peaceful Buddha-school spiritual practice. The Falun Gong practitioners were detained and tortured by the regime, and their houses raided just because they refused to denounce their belief in Falun Gong’s teachings of truthfulness, compassion, and tolerance.

Towards the end of 2004 and early in 2005, Gao wrote three letters to then-Chinese leader Hu Jintao and then-premier Wen Jiabao, telling them of the injustice suffered under the regime by Falun Gong practitioners and tortures they had suffered.

In November 2005, Gao and Geng announced that they had quit the CCP.

In April 2010, Gao appeared in an interview with The Associated Press at his house in Beijing. After that, he was detained again for about 20 months.

In December 2011, the regime announced that Gao had been sentenced to jail for three years. In 2014, the regime released Gao but had him under house arrest until he disappeared again in 2017.

Because of the torture, Gao had most of his teeth knocked loose in 2014, according to Geng. Gao was also subject to horrendous tortures like having toothpicks stabbed into his genitals.