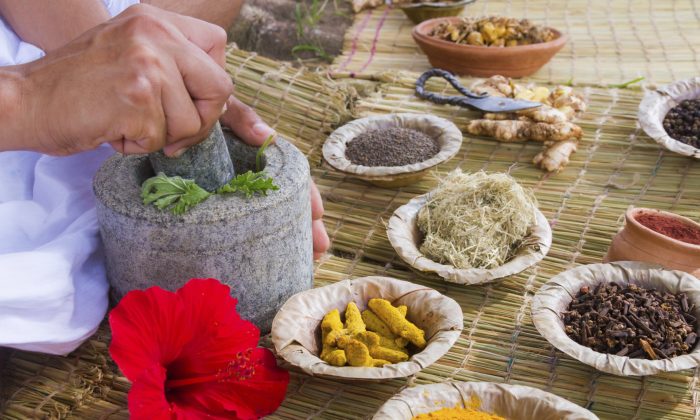 While Korea is becoming known for its cosmetics, kimchee, and K-pop, hardly anyone has heard of Korean medicine.

According to acupuncturist James Shinol who recently went to Korea to learn about its medicine, this is because compared to the number of Chinese medicine doctors who’ve emigrated from their homeland, the number of Korean doctor emigrants has been very small.

Now however, Korean medicine is beginning to develop in its own right he said. So we in the West may be seeing more of it.

Shinol, who is the department chair of the Graduate School of Oriental Medicine at New York College of Health Professions, and the immediate past president of the Acupuncture Society of New York, is one of the first Americans invited by South Korea to participate in a 10-day workshop on Korean medicine. The intensive schedule of lectures and field experiences gave him a better understanding of the distinct methods of Korean medicine and he shared some of what he learned with Epoch Times.

Epoch Times: So what is Korean medicine?

Epoch Times: Does Korean medicine ascribe to the idea that mind and body have to be balanced?

Mr. Shinol: Korean medicine also emphasizes the importance of the balance between the mind and body, especially controlling emotion and mind are the key requirements for the optimal health. Bias in emotion, such as stress, worry, anxiety, depression, and inability to maintain a calm emotional state, could lead to disharmony in qi [vital energy] and could further lead to symptoms or disease in the body. Therefore, it is important to maintain a calm mind or emotional state.

Mr. Shinol: The biggest difference is the constitutional approach. Administration of herbal and acupuncture treatments in Korean medicine are based on the constitution [body type] of each person [rather than based on the geological features, climate, and living habits like in Chinese medicine]. Also there are differences in the dosage and prescriptions of herbal medicine. Chinese medicine uses the most, Kampo uses the least, and Korean medicine is in the middle.

Epoch Times:  What techniques are the same or similar to Chinese medicine?

Mr. Shinol: Korean medicine is similar to Chinese Medicine in the use of pulse diagnosis and other differential methods such as tongue and facial inspection and extensive questioning to diagnose. It also uses acupuncture, moxibustion [burning the herb mugwort to facilitate healing], cupping, and herbs as the treatment methods.

Epoch Times: How is Korean acupuncture different from Chinese acupuncture?

Mr. Shinol: In contrast to Chinese medicine’s point prescription, which traditionally [involves] points all over the body (chest, back, and trunk included), Korean acupuncture styles Taegeuk and Saam, are [used ]to treat diseases [like musculoskeletal pain and autonomic neuropathy] with points on the extremities …

Korean hand acupuncture, the unique Korean medicine acupuncture style, is performed under the theory that a microsystem [of the body] is found on the hands. In a microsystem, the whole body is reflected in just one area such as the ear, hand, or scalp.  Conditions of the body, wherever they might be, from head to toe, can be treated by using points in one microsystem. In Korean medicine the go-to system is often found on the hand.

Epoch Times: Is there anything Korean medicine is especially good at treating?

Epoch Times: Chinese Medicine was greatly changed in the Maoist era. Was Korean medicine impacted in the same way?

Mr. Shinol: Throughout the Maoist era, Chinese medicine theory has somewhat changed its law mechanically due to the modernization of China, based on materialism. The best example  of the [mechanical] change is [found in the] differential system [methods to diagnose the root of imbalances in the mind, body, and spirit].

After the communist revolution, the more mystical and intangible aspects of Chinese medicine were stripped, both during and after Mao’s leadership, leading to Chinese medicine becoming more rigid and mechanical in its approach to resemble biomedicine.  [They instituted the Western] idea of a symptom requiring an exam, diagnosis, and a specific treatment protocol.  This is more mechanistic in its very idea and relates mostly to the individual and what’s going on inside them versus how that individual relates to the world and essentially the universe/cosmos. Modern Chinese medicine lacks the theory of the practitioners cultivating certain forces within themselves that can then be given to the patient.

Epoch Times: How has Korean medicine integrated with Western medicine?

Answers have been edited for style and clarity.