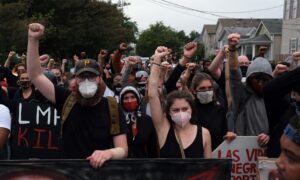 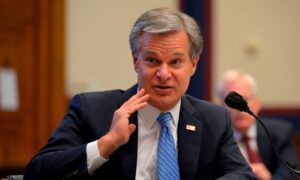 Basta! Time to Dismantle the FBI
0 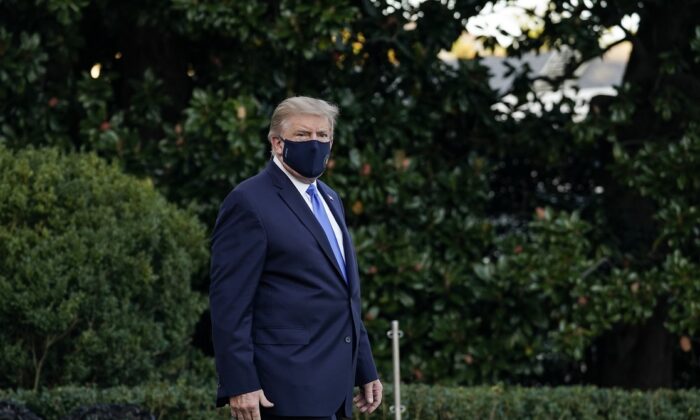 Why Trump Contracting COVID-19 Will Reelect Him

It’s hard to wrap one’s mind around—and difficult for me to write, for that matter, so quickly—but Donald Trump will benefit greatly from his bout with COVID-19, assuming it is not too severe, and right now, it would appear that it’s not.

It will give him a time out, a cooling-off period from a political campaign that had become too hot to handle, and will ultimately allow him to win.

Normally, Trump would win on the issues. He’s right on almost all of them. In fact, you could remove the almost.

It’s hard to know where his opponent, Joe Biden, stands on things. It’s probable, deep down, he doesn’t even know himself. Or doesn’t care. Whatever works.

On the surface, Biden is rather like a middlebrow Sinclair Lewis character version of Yasser Arafat, telling one thing to moderate Democrats and another thing to progressives, the AOC/Bernie crowd. Only Joe has to deal with both sides in English, while lucky Yasser could switch back and forth between Arabic and English.

Joe’s refusal to answer whether or not he would pack the Supreme Court is a perfect representation of who he is—a confused coward who happens to be running for president.

Nevertheless, if we are to believe the polls (and I don’t, really, but arguendo…). Biden enjoys a sizable lead a month off from the election.

This can largely be ascribed to the mainstream media whose hatred for Trump was manifest the moment he rode down the escalator to announce his candidacy.

Almost simultaneously, if you think about it, a cabal of intelligence and FBI agents, evidently with the approval of the previous administration, began a treasonous attempt to prevent Trump’s election or, failing that, to discredit him. Then, came the impeachment trial over Ukraine when it was Biden & Son who deserved to be impeached for their activities in that country.

All of this has resulted in an unprecedented level of hate and vengeance in our country that seems unending.

But as with the French Revolution, eventually these things go too far and burn out. Now we have reached a kind of apotheosis of hate that portends some kind of ending.

With Trump contracting the sometimes fatal disease that has been plaguing the planet, Twitter and other sources were littered with people (leftists, of course) not wishing him well (like decent grown-ups), but wishing he die.

This started not more than an hour, or was it minutes, after it was announced Trump had contracted the disease. These leftists included leaders of the Democratic Party and, needless to say, well-known cable TV pundits, many of them filthy rich and hypocritical beyond belief.

Over the past few years, Trump has frequently been accused of “going too far.” This would be the end. But it’s the left that has now gone too far, lusting for death—and the whole world is/was watching.

They are the new Robespierres, and they’re headed for their own self-inflicted, metaphorical guillotines.

In the aftermath of Trump’s contracting COVID-19, they are reelecting him.

All the president must do is stay calm, ignore these nauseating creeps, and address the real issues presidentially. Unfortunately, this can be a problem for him. He’s too excitable, too prone to attack on every front.

As I wrote at the beginning of his 2016 campaign, Trump’s biggest weakness is his “signal-to-noise” problem, but I also wrote (correctly) that he was going to win.

I’m writing that again, in part because this illness will be his ironic friend. Sapping some of his seemingly endless energy, it will force him to focus on what’s important and simultaneously allow his opponents to destroy themselves.

It will also give him the opportunity to reset as the happy warrior he wants to be.

He shouldn’t even bother to attack Biden. He’s a born also-ran who will do that to himself if given the space. (That’s the major lesson to learn from the recent debate.)

He should concentrate on the true enemy that gave him and everyone else the virus—the Communist Party of China. (Everybody already knows what he can do for the economy.)

That is the road to victory. The left thinks the pandemic is a political weapon, but it’s already flying back in their face.

Roger L. Simon is an award-winning author, Oscar-nominated screenwriter, co-founder of PJMedia, and now, columnist for The Epoch Times. Find him on Parler and Twitter @rogerlsimon. Buy (and enjoy) his books on Amazon.