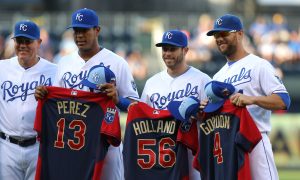 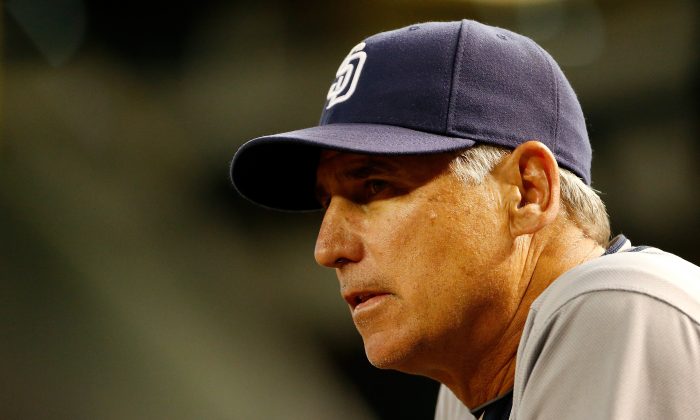 Bud Black was let go by the San Diego Padres after a 32–33 start in 2015. (Christian Petersen/Getty Images)
Baseball

Why the Padres Were Wrong to Fire Bud Black

The San Diego Padres fired manager Bud Black Monday following a lukewarm 32–33 start to a season filled with inflated expectations. Black, who was named NL Manager of the Year in 2010, was in his ninth season with the Padres, but had never taken the small market team to the playoffs.

Yet after the team acquired established players like Matt Kemp, Craig Kimbrel, Justin Upton, Wil Myers, and James Shields the popular expectation was that San Diego would be contenders for the first time in five years.

Yet, sometimes expectations are unfair.

The best teams normally are built around a game plan that includes good defensive players up the middle—center field, shortstop, second base, and catcher—with power hitters at the corners. And good pitching.

But despite acquiring three power-hitting outfielders, none of them are legit center fielders and only Upton—who isn’t signed past 2015 and will likely depart via free agency—is hitting well with .282 average and 13 home runs.

The results of Myers and Kemp have been especially difficult for the team.

Myers, who was drafted originally as a catcher in 2009, has played 30 games in center field (he’s missed more than 30 games with a wrist injury) and has already been worth a -0.9 defensive WAR (wins above replacement) on defense. He is hitting .277 at the plate, but there’s no telling when he’ll return from the disabled list.

Meanwhile Matt Kemp—who was acquired solely because of his bat—has hit just .246 with 2 home runs in 65 games thus far. That puts him on pace for just five home runs—a far cry from the 39 he hit in 2011 or even the 25 he hit last season.

Making things worse, although the Dodgers gave them $32 million to take on the 30-year-old’s contract, San Diego is still on the hook for more than $70 million of his salary through the 2019 season.

With a defensive outfield gone awry, the Padres have been one of the NL’s worst at saving runs. Their -26 runs saved is the second-worst record in the senior circuit, trailing only the woeful 22–43 Philadelphia Phillies, who are at -45.

Meanwhile, on offense, the Pads have a team OPS, or on-base percentage plus slugging of just .671—third-worst in the NL.

A manager can only do so much with what he’s given. They can take risks and employ shifts on defense or tinker with the lineup to jump-start an offense, but ultimately they can’t do the players’ jobs for them. Black had been with the team for longer than most managers with a losing record for a reason. He knew what he was doing. It’s hard to imagine someone doing a better job with what he had this season.