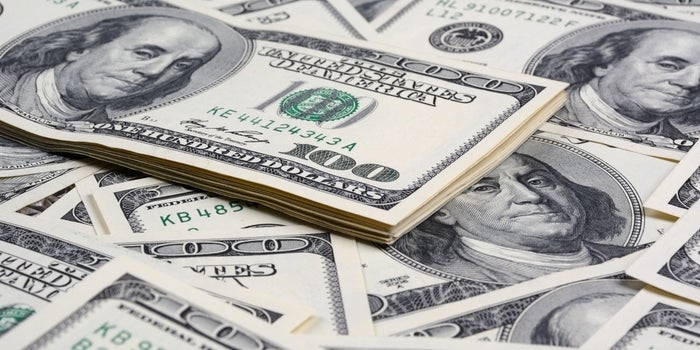 Why Progressive Policies Fail Every Time

The current failure is the sixth time our country has experimented with so-called progressive economic policies. It never works.

As I described in a prior Epoch Times article (“Can ‘Modern Supply-Side Economics’ Build Back Better?”), from 1913 to 2015, there were five periods consisting of 52 years when such policies were put into effect. During these years, attempts to rely heavily on government to increase living standards had the opposite effect.

They produced no increase in the real take-home pay of the average worker.

With such a dismal record, most people would assume these policies would be avoided like the plague. Unfortunately, this has not been the case. Politicians can make such policies sound attractive despite their terrible record. Unfortunately, the collective public memory is relatively short.

Progressive economic policies were first adopted in 1913 under President Woodrow Wilson, father of the Progressive movement. Wilson insisted that government should have more control over the economy. He wanted government spending to grow faster than private spending and favored increases in government regulations over businesses and markets. Wilson also insisted on imposing tax increases on the rich and on businesses paying “their fair share.”

Wilson’s progressive policies brought America’s soaring economic progress to a screeching halt. After decades of rapidly rising living standards, the average worker’s take-home pay failed to increase during the eight years of Wilson’s presidency. In the 1920 elections, voters responded by opting for a complete reversal of his failed policies.

Throughout the world, countries that rely the most heavily on government controls are those with no growth and abject poverty. It’s insightful how even the United States, with all its infrastructure and know-how, can cease to improve whenever we adopt such failed policies.

But why do progressive policies fail?

Total spending on goods and services is limited to the amount of income earned from producing goods and services. When the share of income spent by government increases, the share available for private spending declines. Since the private sector is the main source of all wealth and growth, reducing the private sector’s ability to produce reduces the economy’s potential to grow.

A similar thing happens when government increases the regulatory burden on individuals and businesses. Money that had been used for investments has to be shifted to pay for the cost of new regulations. The American Action Forum keeps a close tally of the cost of new regulations. Into May of this year, Biden administration regulations are estimated to cost over $200 billion. This is more than double that for President Barack Obama, and far above the $1 billion estimate for President Donald Trump over a similar period.

So far, President Joe Biden’s attempt to raise tax rates hasn’t been successful. Tax increases, particularly those on capital gains, are among the most direct and most effective ways to reduce funds available for investment in productive enterprises.

Even without the destructive potential of higher tax rates, increases in federal spending in 2020 and 2021, along with the surge in regulatory costs implemented in the past 15 months, have been sufficient to erode the nation’s productivity.

The following chart shows the average annual change in productivity since the beginning of this century. In each case, the impact of policy changes on productivity is apparent. Increases in government control over the economy from 2004 to 2015 produced a downward trend in productivity growth. The policy shift, which began in 2015, led to a significant upturn in productivity.

From 1995 to 2004, productivity soared. These were years when tax rates were reduced and federal spending grew more slowly than spending in the overall economy.

Policies shifted from 2004 to 2015. That was a period where federal spending grew faster than the overall economy, government spending and regulations soared and tax rates were increased. These were also years of declining productivity growth.

From 2015 to 2019, there was another policy shift. Federal spending grew at a slower rate than total spending, regulations were cut, and there was a major cut in tax rates in 2018.

Policies shifted again beginning in 2020 with a series of massive increases in federal spending in response to the pandemic, as well as a significant increase in new regulations under the Biden administration. The recent slowdown in productivity performance, along with declining living standards, is the typical response to increasing government control over the economy.

The surge in productivity in 2020 and the subsequent decline into this year are due to the unique nature of the response to the pandemic. In 2020, much of the economy continued to operate, while the lockdown led to a sharp decline in employment. This artificially raised productivity measures. As employment rebounded in 2021 and 2022, it resulted in an artificially low reading for productivity.

History clearly shows how rapid increases in federal spending and regulations, coupled with higher tax rates, inevitably reduce both productivity growth and living standards. It has occurred before. It’s happening now. So long as the United States continues to pursue policies that have historically failed, productivity and living standards will continue to decline.

If history is any guide, the public will respond to the current economic failure by insisting on a major policy reversal. Voters will opt to return to the successful free-market, limited government policies that have successfully restored growth and prosperity throughout history.