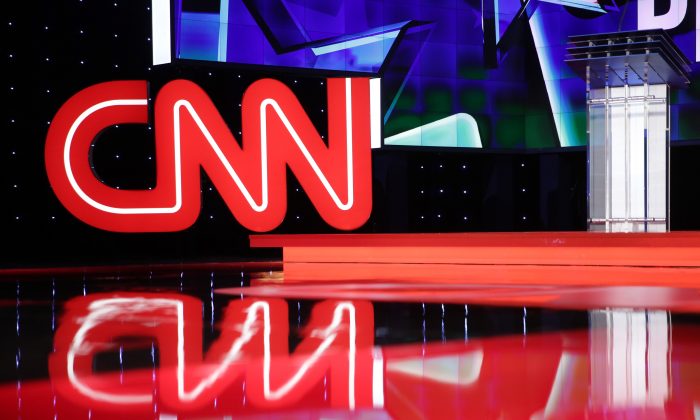 President Donald Trump rolled out a new immigration plan in a press conference held in the White House Rose Garden on May 16 that focused on addressing the major flaws in America’s current immigration laws and border control system.

During his presentation of his new plan, Trump said the following:

“We must also restore the integrity of our broken asylum system. Our nation has a proud history of affording protection to those fleeing government persecutions. Unfortunately, legitimate asylum-seekers are being displaced by those lodging frivolous claims—these are frivolous claims—to gain admission into our country. Asylum abuse also strains our public school systems, our hospitals, and local shelters, using funds that should—and that have to—go to elderly veterans, at-risk youth, Americans in poverty, and those in genuine need of protection. We’re using the funds that should be going to them. And that shouldn’t happen.”

Trump finished by saying: “My plan expedites relief for legitimate asylum-seekers by screening out the meritless claims. If you have a proper claim, you will quickly be admitted. If you don’t, you will promptly be returned home.”

In an act of brazen dishonesty, here’s how CNN’s Jim Acosta summarized on Twitter for his audience what the president had said:

“Trump in Rose Garden speech paints asylum seekers with broad brush accusing them of misleading immigration authorities at border: ‘These are frivolous claims.'”

That bit of sophistry quickly drew the ire of the Official Trump War Room account on Twitter, which called out Acosta’s dishonest reporting:

“How can you do this and go home at night thinking you’ve turned in an honest day’s work as a journalist?”

Acosta shot back the following:

“Hi @TrumpWarRoom.. in the transcript you provided you note that Trump describes asylum claims as ‘frivolous’ and ‘meritless.’ The transcript also notes Trump uses the term `asylum abuse.’ Trump clearly is accusing asylum seekers of misleading immigration authorities as I said.”

Now, most people who saw what Acosta did here will wonder how he thinks he has any integrity whatsoever as a journalist, after engaging in this kind of absurd behavior.

I happen to know quite well how people in the “DNC media complex” like Acosta can do this kind of thing every single day and actually think of themselves as being heroic for doing so.

The Associated Press’s Washington Bureau chief, Ron Fournier, introduced the concept of “accountability journalism” publicly back in 2008. That was to give reporters a license to go beyond just reporting the facts of a news story in a neutral and objective manner, and instead begin putting their thumbs on the scale and start pressing down—hard—to ensure a desired politicized outcome is clearly seen in the reporting. It gives them a “duty” to shape the story toward political outcomes.

Fournier basically endorsed the idea that journalists need to stop seeing themselves as neutral relaters of facts and begin shaping narratives for the public, in order to hold the powerful accountable.

There is a marked difference between where the basic facts of a story go, versus where the reporter would like it to go, because of his or her own political tastes and views. This is precisely why the American news media for many years championed the ethical guidelines of strict neutrality and objectivity in reporting the news. A journalist who got caught molding a news story to fit his or her own biases—while omitting key facts from their reporting that counted against the outcome they wanted—was considered to be engaging in journalistic malpractice.

Well, in our modern age, such quaint notions as journalistic objectivity and neutrality have been utterly dispensed with. What was once considered ethical malpractice in journalism is now expected and even encouraged in many newsrooms.

You can read more here about the entire accountability journalism philosophy and how some media outlets immediately embraced it, while others quickly questioned it.

This new viewpoint of how to “do” the news quickly spread like wildfire throughout the entire DNC media complex. At last, reporters were actually being encouraged by their editors to give free rein to their own political biases, while engaged in “reporting the news.” Far from being desirable, political neutrality in the newsroom came to be viewed as a bad thing.

So, in case anyone is wondering why, over the recent past, it looks as though news reporters took any semblance of objectivity or political neutrality in their work and gleefully dispensed with it, now you know why. They were told that it was their public duty to do this.

We are now 11 years removed from 2008, when many media outlets in the political news industry enthusiastically embraced the new accountability journalism guidelines. What are the results?

Reporters and editors gave in to their worst impulses. They began to give free rein to their most naked biases. And it began showing up loudly and clearly in their “news coverage.” By the time Mitt Romney ran against Barack Obama in 2012, most U.S. news media outlets had ditched even a pretense of neutrality between the candidates.

Accountability journalism was the last thing the American news industry needed. Fournier’s Frankenstein monster has now created an entire generation of reporters and editors who see absolutely nothing wrong with being politically partisan and biased in their “shaping narratives,” calling it “news coverage” as they relentlessly attack one political party while endlessly slobbering adoringly over the other.

‘Heroic’ Journalists Who ‘Sometimes Have to Lie’

Since Acosta thinks Trump is a very bad president who must be “held accountable” at all times, the accountability journalism philosophy gives him the green light to crudely distort Trump’s words to achieve his goal of being a “heroic” journalist who is holding a president “accountable.”

Understand this: You can’t shame reporters like Acosta, no matter how brazenly dishonest his behavior becomes. It’s impossible because they know exactly what they are doing, and they are doing it deliberately, because they see it as their vital public service to set the proper narratives for the public—even if that involves lying to the public.

Acosta and his accountability journalism brethren have draped themselves in the mantle of intrepid public servants: lying, twisting, and distorting the truth in the service of the “noble” cause of stopping Trump. He literally sees himself as a hero as he lies to you. You can’t reach him, so I wouldn’t even bother.

That’s why the old legacy media can’t be rehabilitated. There are too many people inside it who could never go back to the “old” and “outdated” way of covering the news: strictly neutral and unbiased. They wouldn’t even be psychologically capable of doing it.

Instead of being rehabilitated, it’s going to have to be replaced. CNN is on the way out, as are many of these other outlets that went all-in on accountability journalism and ditched all objectivity and standards in service of their own biases and agendas.

The DNC media complex’s biases and its political agenda are why they fell so hard for the Trump–Russia collusion hoax for more than two years. A neutral and impartial news industry that checked its own biases at the door and investigated thoroughly would never have fallen for it.

Far from making the U.S. political news industry better, accountability journalism totally ruined it. It created an atmosphere in which being neutral and objective in reporting on political issues is seen as counterproductive and outdated. Meanwhile, all the hip and sophisticated people who are going places and changing the world were the ones who were shaping the news to fit the “right” narratives that people “needed” to hear.

What many in the mainstream news media loved the most about accountability journalism is that it allowed them to openly be what they always were: political activists disguised as reporters, chafing under the repressive strictures of the old model of neutrality and objectivity.

The good news is that the DNC media complex has almost completely rotted itself to the point of total ruin at this point, and the collapse of the industry has already begun.

Trump predicts many of these news outlets will be gone in six years.