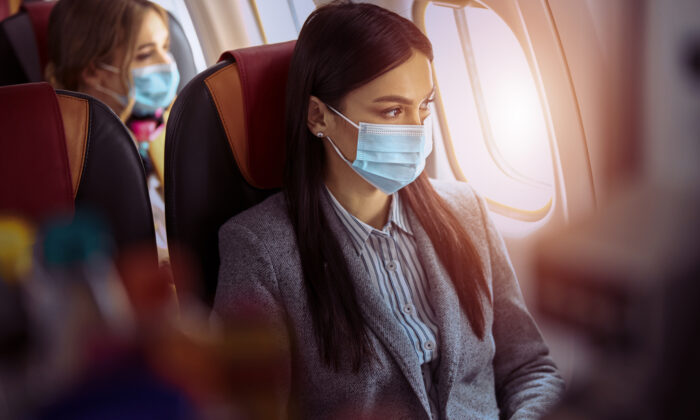 Why Is CDC Trying to Put a Mask on Your Face Again?

We know the wicked truth about Chairman Mao’s “Let a Hundred Flowers Bloom.” He said this in 1957 while inviting anyone to criticize the Communist Party. There were cheers all around and the criticisms were unleashed. This lasted six weeks, after which many of the biggest critics were shot. It was a bait and switch.

It’s a brilliant tactic for evil regimes. Ferret out the enemy and then make them go away.

That’s not exactly what happened this week, but the analogy works. A judge in Florida this week struck down the Biden administration’s transportation mask mandate. The opinion was highly technical and turned entirely on issues of administrative law. The judge ruled that the Public Health Service Act of 1944, the first ever to give quarantine power to the federal government, didn’t authorize the imposition of universal mandates on what is really an article of clothing, in the name of “sanitation.”

Instead, what appeared to happen here was entirely arbitrary. The Biden administration wanted masks and the CDC imposed them, including with criminal penalties. For a full year, travelers have been hectored and threatened at every turn.

After the court decision, a hundred flowers bloomed in the form of air-born celebrations from coast to coast.

Will it last? Not if our rulers in D.C. get their way.

But let’s be clear about something. It’s about masks, but more. The mask is a metaphor for all the controls, restrictions, impositions, mandates, closures, and resulting wreckage of the past two years. People hate them because they’re so personal. More precisely, they’re depersonalizing, which is precisely how the lockdown period of American history has felt the entire time.

We are our faces, to others and ourselves. Take that away and what are we? We’re tools. We’re pawns. We’re lab rats for their experiments. Masks are dehumanizing because they’re supposed to be. The mask has a very long history as a tool of subjection and enslavement. We all know this intuitively.

Therefore, the opportunity to throw it off was glorious. One evening, an entire nation of travelers celebrated. Celebrating even more were the airline staff, flight attendants, and pilots. They have lived two years in these ridiculous things, which have nowhere been proven to work to crush a virus. Emancipation from them was a welcome relief. So too for workers around the country, whose interests have been consistently disregarded.

We found ourselves in the position of caste-like scenes in restaurants around the country: customers dining happily while being served by masked workers. This is inconsistent with the democratic and commercial ethos.

All the airlines as well as Amtrak announced it quickly, perhaps as a way of making it impossible for the Biden administration to roll it back. Even Biden himself said that the new rule is that everyone should do what they want. I guess he didn’t get the memo.

Hold on just one minute, someone in the administration said. We need to find out what the Department of Justice says. Then the Justice Department immediately kicked it to the CDC: They are in charge of “The Science,” and so we’ll wait.

“The Department of Justice and the Centers for Disease Control and Prevention (CDC) disagree with the district court’s decision and will appeal, subject to CDC’s conclusion that the order remains necessary for public health. The Department continues to believe that the order requiring masking in the transportation corridor is a valid exercise of the authority Congress has given CDC to protect the public health. That is an important authority the Department will continue to work to preserve.

“If CDC concludes that a mandatory order remains necessary for the public’s health after that assessment, the Department of Justice will appeal the district court’s decision.”

What’s this about? The plaintiff Health Freedom Defense Fund issued a sharp statement:

“DoJ’s statement is perplexing to say the least and sounds like it comes from health policy advocates not government lawyers. The ruling by the US District Court is a matter of law, not CDC preference or an assessment of ‘current health conditions.’”

In the early days of the Biden administration, the PR decision at the top was that it would always “follow the science,” a statement that the new president said many times. This was supposed to be different from the Trump administration, at least after the summer of 2020 when the CDC lost control over the political side of the executive state.

On one hand, following The Science sounds good. However, if the “science” really means the bureaucracies and hence this slogan is just another way of passing the buck, there’s a problem. The bureaucracies are unaccountable, and typically default to the safest and changeless route to preserve their power over the population.

Even so, following the DOJ’s announcement, there must have been moments of panic at the CDC. They had the hot potato and didn’t know what to do with it. Finally they settled on the usual strategy: They threw it to an anonymous committee. Then the committee came out with a statement unsigned by anyone in particular.

Instead of citing The Science, or claiming they knew for sure that masks were great for people, the statement started with the following: “To protect CDC’s public health authority …” Notice that it doesn’t say to protect public health.

In any case, the decision was made. The CDC “has asked DOJ to proceed with an appeal.” Ah, there we go: Throw that potato back at a different agency. The CDC has merely asked! So now the DOJ will appeal, as forced by the sloganeering of the Biden administration and deference to the CDC. The results will certainly be terrible for the administration because the next court will agree with the previous court that there was never any legal basis for the mandate in the first place.

They could also issue a stay. That would be catastrophic for the Biden administration. Public anger would be out of control. Mao got away with this because he had total power. Biden does not. In fact, his poll numbers are awful. I’ve personally never seen an example of a sadistic government that is simultaneously politically masochistic. In other words, not only do these people not understand what’s good for the country, but they don’t even know what’s good for themselves!

The words of the CDC statement are the chilling part. They care about their own authority first and foremost, even only. This seems to be the view pervasive in Washington today, as a Cold Civil War heats up among the states and with Washington. Every day grows more intense. Every day, the conflict becomes more raw and brutal. There seems to be no end in sight because there will be no rollbacks, no apologies, no regrets, no admission that their “authority” was an overreach all along.

Will governments have learned their lessons? Look around! We live in a world burdened by extremely arrogant and immovable public agencies that have lost public trust. The administrative state is right now as angry as the public is at them. There’s a peaceful solution here, but it doesn’t seem to be on the table.

If I’ve learned anything new over the past two years, it’s about the strange way in which the ruling class is impervious not only to actual research but also to the will of the people, even when it shows up in devastating polls. They seem to regard the celebrations after the judge’s decision not as a corrective but as a challenge to overcome.

It’s all about … authority. Not public health but public-health authority. Who is in charge? That’s what’s really at issue. They say them and we say us.

WATCH: Dr. Fauci tells me on #TheSourceKasie🕵🏻‍♀️ "This is a CDC issue, it should not have been a court issue." @CNN pic.twitter.com/rZZyHnFqJ5