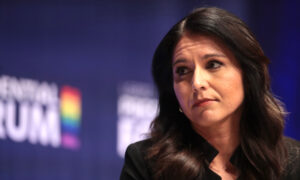 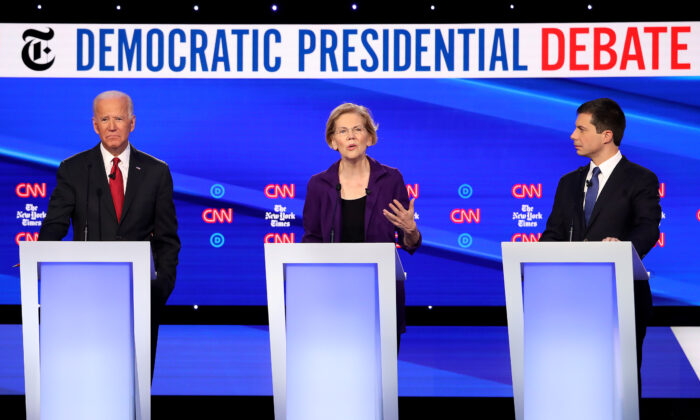 Why Democrat Candidates Are a ‘Bonfire of the Mediocrities’

The entry of former Massachusetts Gov. Deval Patrick—who needed three, count ’em, three, attempts to pass the Massachusetts bar despite graduating from Harvard law—as yet another Democratic presidential contender underscores the rather extraordinary mediocrity of that party’s candidates. What was Rep. Eric Swalwell (D-Calif.) ever doing running for president?

The Democrats’ plummeting frontrunner—if you follow the Real Clear Politics averages—Joe Biden is embroiled in a corruption scandal the likes of which we have rarely seen. It has engulfed not only his own son but the son and family of John Kerry as well. That’s then-President Barack Obama’s vice president and secretary of state!

This scandal appears to be metastasizing. Just now, the Latvian secret service is reporting stratospheric numbers being transferred by Ukrainian klepto-corporation Burisma into Biden- and Kerry-related accounts in the United States, including at Morgan Stanley. (Do we trust the Latvians? Well, as much as anybody else, I suppose, and they’ve produced a large cache of documents.)

No wonder former New York City Mayor Michael Bloomberg has entered the fray. At least he’s a verifiable business success. And it’s no surprise Hillary Clinton—one of history’s most prominent sore losers—is clearly contemplating joining him. Give her another week.

But what accounts for this literal “bonfire of the mediocrities” on offer from America’s oldest party? (They’re also a “bonfire of the vanities”—pace Tom Wolfe—because the two, in essence, flow back and forth.)

The obvious fakery of the impeachment “inquiry” and the equally obvious fear of the inspector general’s and John Durham’s reports on the possible criminality behind the Russia probe—bad as they indeed are—are symptoms, not the cause. They are manifestations of panic.

The cause is far more basic and goes beyond temporary malfeasances. What we have learned (actually re-learned) from the policies of the Trump administration is that free markets really do work. Supply-side economics works. You can even use the pejorative “trickle-down economics” and it still works. Deregulation also works and lower taxes work, as JFK knew and economist Arthur Laffer formalized in the “Laffer curve.” And all of this works just as much for the poor and minorities as it does for the rich. In fact, in recent times, more so.

Socialism, on the other hand, is a failure in every way. And leaning toward socialism isn’t much better.

So what exactly do the Democrats have to offer at this point?

Identity politics? Intersectionality? In other words, tribalism and group hate.

And, oh yes, health care for all. But how many ways are there to achieve that while preserving, even encouraging, the free market, the only proven way to lower costs for health care and virtually everything else.

So without coherent policies on the Democratic side, we are left with a bonfire of the mediocrities. What else could they be? Let’s hope they are soon electorally, not physically, extinguished.