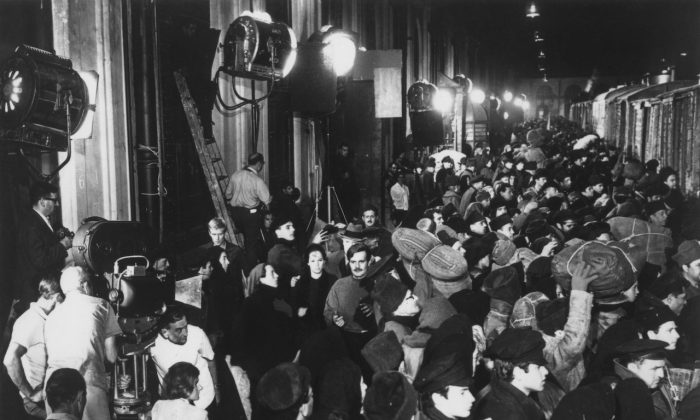 English film director David Lean (1908–1991) is visible beneath the camera during the filming of a crowd scene for “Doctor Zhivago” in Spain on Aug. 31, 1965. The actors are Omar Sharif, Geraldine Chaplin, and Ralph Richardson. (Keystone/Hulton Archive/Getty Images)
Viewpoints

Why Are Hollywood Movies So Bad? 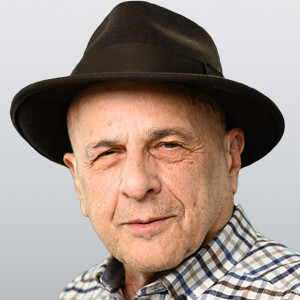 Back in 1940, the Academy Award nominees for Best Picture were: “The Wizard of Oz,” “Stagecoach,” “Gone with the Wind,” “Mr. Smith Goes to Washington,” “Goodbye, Mr. Chips,” “Of Mice and Men,” “Wuthering Heights,” “Ninotchka,” “Love Affair,” and “Dark Victory.”

How many of those have you heard of or seen? The majority, I would imagine. Many are classics. Only “Gone with the Wind,” despite its extraordinary acting and directing, has had its reputation tarnished over the years. Its nostalgia for the Confederacy is uncomfortable for modern audiences.

Here’s a thought experiment: How many Oscar nominees of the past 10 years can you remember? Difficult, isn’t it?

Although it’s a bit unfair to single out 1940—a banner year—Hollywood movies have been in a drastic decline, with occasional exceptions, for decades. Films no longer have their place with the mainstream U.S. audience that they once did. They’re no longer central to the culture. What are the reasons for this?

The rise of television is one answer. Much of the best writing takes place there. Another explanation is the entertainment industry focus on the young, male audience that has turned much of the product into theatrical versions of computer games. This connects with the attention being paid to foreign audiences, with nonstop action and special effects taking precedence over character and plot. Also, not to be ignored is the plethora of choices in our modern media world of cellphones and tablets. There’s simply too much competition, and we all suffer from a modicum of attention deficit disorder.

But something deeper is at play. Hollywood has abandoned America. When they do make serious films, they’re almost always of the most predictable ultra-liberal sort. They’re effectively working for a niche audience, satisfying a limited number of people. Outside the popcorn movies, they’ve become increasingly insular and precious.

When it comes to the cinema, we’re a long way from 1940 or, for that matter, “Lawrence of Arabia” and “The Godfather.” Would anyone make a “Doctor Zhivago” today with its explicit anti-communist message? Not likely.

Everyone knows Hollywood is dominated by ultra-liberals of the Barbra Streisand and Robert De Niro ilk, so this should be no surprise. But other people are (surprisingly) at fault here as well—conservatives.

Just as Hollywood has abandoned America, conservatives have abandoned Hollywood. Their business leaders put little or no money into the arts in general, unless it’s to get their name on a plaque at their local philharmonic. Everybody loves Beethoven, but he doesn’t need any help at this point, and doesn’t move today’s culture. Modern cinematic artists do.

This is a huge mistake on the part of conservatives. As the late Andrew Breitbart pointed out, politics is downstream of culture. Films—indeed, all entertainment—are molding our future.

Besides that, conservative financiers are leaving large chunks of money on the table. Half the country feels neglected by Hollywood, yet those same people love movies, too. When a patriotic film such as 2013’s “Lone Survivor” or 2015’s “American Sniper” comes out, the audiences turn out in droves. The grosses for 2004’s “The Passion of Christ” were nothing short of extraordinary; it’s almost as if the audience was starving.

And starving they were, but those conservative financiers seem not to have learned the obvious lesson. Outside of the faith-based market, there’s no consistent channel for conservative or even centrist filmgoers.

It wasn’t always so, of course. The old Hollywood moguls, refugees from Eastern Europe and hugely grateful to the United States, were far from leftists. No wonder they made the movies they did, and no wonder they were so popular and important to people’s lives. Those 1940 nominees made America what is today, not some politically correct anti-war movie that no one remembers.

Also, in those days, they discouraged actors from public disclosure of their politics, sometimes contractually. Interestingly, the atmosphere started to change, and shift leftward, the moment that tradition ended.

Now, we are left with the tedious propaganda machine that turns so many people off, and endless YouTube videos of actors, many of whom have no intellectual background whatsoever, telling us what we’re supposed to think. If only some entity would build a system to counter all this, but so far, nothing.

Sadly, Hollywood and dramatic entertainment, in general, are not the only areas largely deserted by conservative financiers. For the most part, media and education are as well. These financial folks better smarten up soon and invest, or we’ll lose our country.

To a great extent, we already have.

Roger L. Simon, co-founder and CEO Emeritus of PJ Media, is an award-winning author and an Academy Award-nominated screenwriter. His new novel, “The Goat,” is coming in September.