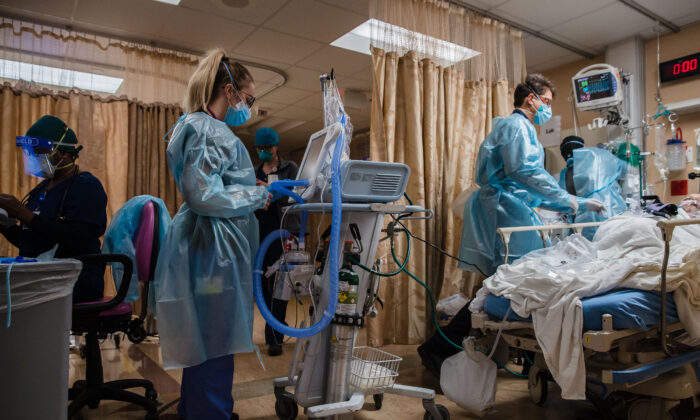 The World Health Organization (WHO) believes that while the monkeypox outbreak is unusual, it can be contained, according to an official with the U.N. health agency.

“It’s not something we’ve seen over the last few years,” Sylvie Briand, director of the WHO’s epidemic and pandemic preparedness and prevention department, told Bloomberg News on Tuesday. The disease, Briand said, is “still containable” and that countries can prevent its spread by raising awareness by telling people about the virus’s symptoms.

“It’s also very important for this, again, limited outbreak to have excellent global coordination and collaboration,” she added. “We need to share information, share diagnostic resources [and] share data.”

Some health officials have warned that the monkeypox appears to be mainly spreading via sexual contact, and on Monday, WHO officials suggested that homosexual males appear to be the most at risk of transmitting it. Namely, David Heymann, a longtime WHO infectious disease expert, told The Associated Press Monday that the monkeypox outbreak is tied to sexual transmission of the virus at two events in Spain and Belgium.

“Some groups may have a greater chance of exposure right now, but by no means is the current risk of exposure to monkeypox exclusively to the gay and bisexual community in the U.S.,” said Dr. John Brooks, chief medical officer for the U.S. Centers for Disease Control and Prevention’s (CDC) HIV and AIDS division, in comments to CNN. But he still noted that “many of those affected in the current global outbreak identified as” homosexuals.

Brooks said the CDC wants people to know about the symptoms and transmission of the virus due to LGBT events and parades that occur around Memorial Day weekend. He and other health officials said that monkeypox doesn’t spread in the same manner as COVID-19 and respiratory spread is not the primary worry.

“I can report that there has been a request for release of the Jynneos vaccine from the National Stockpile for some of the high-risk contacts of some of the early patients, so that is actively happening right now,” Dr. Jennifer McQuiston, deputy director of the CDC’s Division of High Consequence Pathogens and Pathology within the CDC, told CNN on Monday.

Monkeypox, which is a relative of smallpox, is endemic to several African countries and spread through close contact with bodily fluids. Symptoms include body aches, fever, swollen lymph nodes, a rash, and lesions known as “pox” that spread all over the body.

WHO as of Tuesday identified 131 cases around the world, with most of them occurring in Spain, Portugal, and the United Kingdom. Several cases or possible cases have been reported in the United States, including in Massachusetts, New York City, Utah, and Florida.

Since the monkeypox virus is related to smallpox, the smallpox vaccine may be able to protect individuals against monkeypox, according to the CDC’s website. The U.S.’s  Strategic National Stockpile has enough smallpox vaccine to give to every person in the United States, says the CDC.