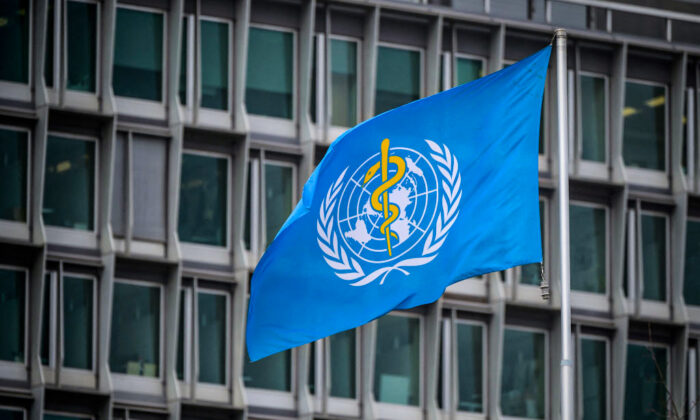 The flag of the World Health Organization (WHO) at their headquarters in Geneva, Switzerland, on March 5, 2021. (Fabrice Coffrini/AFP via Getty Images)
Viewpoints

WHO Politics Are Putting the World at Risk: Urgent Reform Is Needed 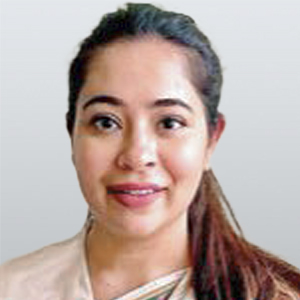 It’s now clear that the World Health Organization (WHO) has ceased to be a credible organization capable of protecting the human race with timely precautionary interventions. The WHO’s bureaucratic attitude has left the body in a sorry state because of politically motivated leadership.

Dr. Tedros Adhanom Ghebreyesus, a biologist and career politician from Ethiopia (and an individual alleged to have covered up a cholera outbreak under his watch as Ethiopian health minister), became the WHO’s director-general after an intense campaign. Candidates jet-settled to influential member states to lobby for their support. With then-President Donald Trump’s complete disenchantment with the WHO, China’s interest in the functioning of the WHO had peaked. And, with the alleged full backing of the Chinese, Ghebreyesus won the election. While his election may seem like a matter-of-fact episode in world affairs, its true impact was felt by the entire human race in 2020.

The intelligence networks of most large countries knew as early as November 2019 that all was not right in China. Within weeks, developed nations were tracking the censorship of the hashtag #WuhanReportedMysteriousPneumonia. However, it was only after a closed-door meeting in China between Chinese leader Xi Jinping and Ghebreyesus in January 2020 that the WHO announced that COVID-19 was a pandemic of international concern.

The WHO’s team of scientists was “allowed” into China only after that, delaying much-crucial information transfer that would have come in handy as countries braced for the pandemic. Unfortunately, the WHO’s delay in alerting the world was much too late.

A month later, when the WHO finally released the report of its on-the-ground findings from China, the Asian country was praised for its pro-lockdown response. As we see today, Shanghai and several other large Chinese towns and cities have been reeling under stringent shutdowns, with immense mobility restrictions owing to their “Zero-COVID” strategy. And it doesn’t seem to be working. Despite desperate cries for help from citizens, the WHO announced only on May 10 in a watered-down statement that China’s “Zero-COVID” strategy isn’t “sustainable.”

However, just before the WHO criticized China’s COVID-19 response, seemingly as a diversionary tactic, it had released a report on a study to calculate global excess mortality due to COVID-19. The report pegs global excess deaths at 15 million, 5 million of which are attributed to India alone (India’s official reported toll is about 500,000). Contrastingly, the WHO report pegs Chinese excess mortality figures in the negative, opposing all other major studies estimating Chinese excess mortality to be roughly 7.5 million.

Suspiciously, two weeks before the actual report was released, findings of the controversial study were leaked to selected sections of the press in an attempt to create a desired narrative.

The WHO’s study remains plagued with inaccurate statistical models and opacity in the data used. Despite India being home to one-sixth of the world’s population, the WHO has categorized it as a “Tier II” country, using the same statistical models for countries such as Argentina, Egypt, and Indonesia—which are smaller geographically and demographically.

The core of the WHO’s study is based on the Karlinsky model (pdf), whereby researcher Ariel Karlinsky used one province (Córdoba, Argentina) to determine all excess mortality. Karlinsky was quick to disclose that the proportionality principle must be satisfied in order for his model to yield unbiased estimates, meaning that the share of COVID-related deaths of states and regions being used for national projections should be stable throughout the projection period.

However, in the case of the WHO’s India model, it only uses data from 17 of 30 Indian states. Considering India’s massive size and the differences in population density between urban and rural areas, the impact of the pandemic varied widely within the country in 2020 and 2021. This renders the core of the WHO’s study scientifically flawed.

Strangely, since the report’s release on May 5, the WHO has changed its uncertainty interval several times, suggesting an effort to self-correct—perhaps because of the adverse reaction from numerous countries. For India alone, the low point of the interval range has been corrected to 1.4 million excess deaths, as opposed to the original claim of 5 million.

While self-correction is a right step for the WHO to take, the body is in dire need of an overhaul. Blatant servility to Chinese interests plays out in the WHO’s conduct, costing the rest of the world. Member states must form a nonbiased consortium to debate the overhaul process and neutralize geopolitical motives.

My home country of India can play a pivotal role. Considering its neutral (but powerful) geopolitical position, deep embedment in global supply chains, and demographic influence, India can lead the WHO to much-needed reform.

Priyam Gandhi-Mody
Follow
Priyam Gandhi-Mody is an author and political strategist. In her forthcoming book, titled “A Nation to Protect,” she analyzes India’s response to the COVID-19 pandemic. You can follow here on Twitter @PriyamGM.