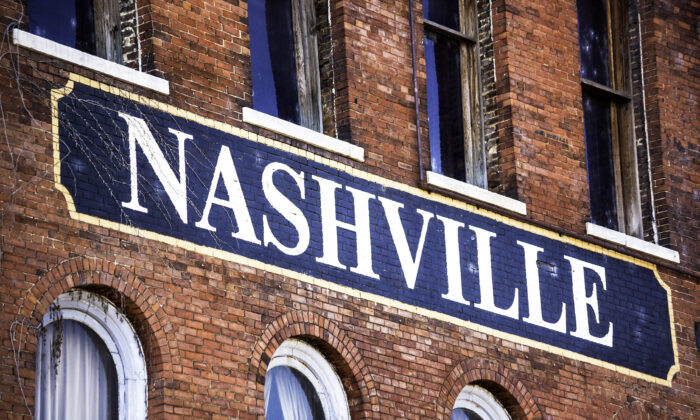 The Republican National Committee is expected to chose Milwaukee over Nashville for its 2024 convention. (MoreISO/Getty Images)
Viewpoints

Who Is to Blame If Nashville Doesn’t Get the 2024 Republican Convention It so Richly Deserves?

The two finalists in the competition for the 2024 Presidential Convention are Nashville, Tennessee, and Milwaukee, Wisconsin.

“Today, the Site Selection Committee voted to recommend Milwaukee to host the 2024 Republican National Convention and it is a testament to the forthright and professional behavior embraced by Milwaukee’s city leaders throughout the process,” RNC Senior Adviser Richard Waters said in a statement. “A final decision will be made by Chairwoman [Ronna] McDaniel and the full RNC in the coming weeks.”

I have reason to believe that Nashville’s behavior may well not have been “forthright and professional,” but this’s still a huge mistake.

One of the major reasons for national political conventions is publicity for the party and its candidate by making people want to attend in person or to watch on television. Indeed, this is likely the most important reason.

No city in the United States is more prepared for this than Nashville, other than Las Vegas. Indeed, downtown Nashville has been nicknamed NashVegas for a reason. People from all over the world want to come here for the music and excitement.

And, boy, do they! Hotels are springing up faster than weeds in most people’s backyards, but these weeds are high-rises with swanky cocktail lounges on the roof and a couple of restaurants off the lobbies featuring James Beard prize chefs. Also, most of the attractions, like my favorites the Johnny Cash Museum and the Country Music Hall of Fame, are within walking distance, as are the natural convention venues the Bridgestone Arena and the Music City Center. The place is just fun. I felt that way when I moved here four years ago and still do.

As for Milwaukee, from what I understand, visitors, and perhaps the press, will have to stay an unappealing hour from the venue, making it extraordinarily inconvenient for most anyone but the VIPs. I have no comment on Milwaukee’s actual fun quotient, since I have never been there.

Now I’m not writing this as a Nashville booster or because I have a personal desire for the convention to be here. I don’t. It’s an annoyance. In my capacity as a journalist, I have been there and done that at several conventions and can attest to the hellacious traffic, impossible parking, and long lines for just about everything.

I’m writing this as a citizen who would like to see a Donald Trump—on his revenge tour—or a Gov. Ron DeSantis or whoever is nominated to get the maximum national publicity to win. In that regard, Nashville versus Milwaukee is a no-brainer. And, please, Milwaukeeans, I mean no offense.

So the question remains—assuming I’m correct, and of course, since this is my column, I do—why was such a mistake made?

Some of the blame normally would point to the Republican National Committee, which a friend in the proverbial “position to know” defined as an insect with a thousand contradictory legs that is supposed to support (financially and otherwise) candidates as disparate as Marjorie Taylor Greene and Lisa Murkowski.

Many things that make sense get sidelined in the midst of contending forces Democrats seem able to overcome or ignore in their lust for power. For the GOP, issues as important as the location of the 2024 convention easily could end up on a back burner with mid-terms looming.

But they didn’t—in this case.

As another person most definitely “in a position to know” told me emphatically, it is Nashville and Tennessee officials, high and low, who are really to blame for their city losing out on some $200 million in immediate revenue, not to mention whatever accrued—possibly an incomprehensible amount—from being the epicenter of the entire globe for a full week. Only the Olympic Games are watched more worldwide by television audiences than the American Presidential Conventions. And 2024, because so much of our futures are at stake, promises to be even bigger.

Putatively, whether Nashville could have the convention was to be decided by the 40-member Metro Council, a collection of part-time politicos the majority of whom have views to the left of Trotsky. Having a Republican anywhere near them gives them hives, and the thought of admitting their convention to the city, even if it brings in hundreds of millions, is anathema.

A tiny handful of Republicans, mostly undercover, exist on the council, but one member who actually claims to be a Republican publicly—a number of people have told me they disagree—has offered what purports to be a compromise that would finally bring the convention, but hardly anyone takes him seriously.

What’s fascinating is why, in the end, the Metro Council ended up with jurisdiction. Other little birds tell me much has to do with Democratic Mayor John Cooper not wanting the convention but not wanting to be blamed personally for the loss of revenue. Previously he had engineered a work-around, away from the Metro Council, allowing the NFL draft to be in Nashville, but not for the GOP in his city that is a blue island in a red sea.

But the mayor is not the sole culprit. I was told that, back in April, RNC chair Ronna McDaniel and the committee chair journeyed to Nashville for a personal meeting with Mayor Cooper and Gov. Bill Lee together, hoping to cement the city that was vastly preferred to Milwaukee for the reasons I outlined, only to find themselves embroiled in a negotiation over education spending between the Democratic mayor and the Republican governor that was irrelevant to their mission.

Nevertheless, they left with the seeming assurances from the two major political leaders that Nashville would welcome the convention. Not so fast. A couple of weeks later they received a supposedly authoritative declaration from the Nashville city attorney saying the decision had to be made by the Metro Council. (No wonder Shakespeare made the remark he did about lawyers.)

The rest of is (sort of) history unless the Metro Council gets a sudden burst of civic responsibility, shakes off their tedious virtue-signaling, and votes to welcome the convention for the benefit of their citizens. It’s actually not too late—but will be by the end of next week.

Ironically, the Milwaukee city council, also predominantly liberal or progressive, had no problem voting for the convention. But they were getting antsy with all the delays and threatened to pull out themselves by unblocking their hotels, leaving the GOP with no city to hold its convention. That explains the committee’s rushed decision above on July 15 to certify them, temporarily anyway.

In the midst of most of this, however, the Tennessee GOP was MIA. What happened to the State Assembly that has a Republican super majority? Why didn’t they weigh in on this? What about the Republican governor?

Too many conflicting interests perhaps?

As a former president would say, “Sad.”

Again, this comes down to Democrats hanging together, despite whatever often extreme differences they have. Republicans hang separately, and this has got to end for the good of our republic. Tomorrow wouldn’t be too soon.