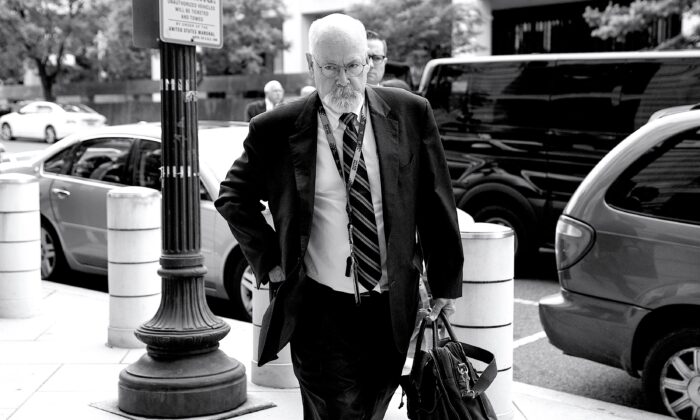 Who Is John Durham Targeting Next?

The trial of former Clinton campaign lawyer Michael Sussmann is coming to an end but rather than provide definitive answers to the origins of the Russiagate hoax, the trial has brought to light many new mysteries and unanswered questions.

Durham’s overarching trial narrative was that the FBI was duped by Sussmann when he presented them with data purportedly tying Donald Trump to the Kremlin via the Russian Alfa Bank. It may have been Durham’s only viable strategy, given the fact he was facing a jury of 12 Washington D.C. residents, a city where Democrats outnumber Republicans by 20 to 1.

This strategy did give Sussmann’s team the opportunity to highlight serious misconduct by the FBI, with a flurry of new information about FBI malfeasance and abuses coming to light.

What does this all mean for Durham? Can he now do a U-turn and go after the FBI that he spent the past two weeks calling a victim? Can he go after Sussmann’s associates such as tech executive Rodney Joffe? And what about Hillary Clinton, who we learned greenlighted the plan to vilify Trump?

Durham’s most immediate concern will be his second big case—that being against Christopher Steele’s primary sub-source, Igor Danchenko.

Danchenko was indicted in November 2021 for lying to the FBI, the same type of charge that Sussmann faced. Specifically, Danchenko is alleged to have lied about his own sources, making up a conversation with Sergei Millian, a man he never met, and concealing from the FBI his conversations with Clinton operative Charles Dolan.

There are a number of crucial differences between Sussmann’s and Danchenko’s situations. Perhaps most importantly, Danchenko was charged in Virginia, not in Washington D.C. That means the jury pool will be more favorable to Durham.

The second big difference is that Danchenko is charged with five lies, not just one. In fact, an analysis of the only publicly available Danchenko interview transcript appears to show other lies. However, Durham charged just five, perhaps because he has audio recordings of those lies, which would be another difference between the Sussmann and Danchenko cases.

Whether by design or coincidence, most decisions from Obama-appointed Judge Christopher Cooper went Sussmann’s way. Such is the way of Washington that Cooper is married to Amy Jeffress, a former senior official with the Department of Justice (DOJ) and lawyer for Lisa Page; Page was front and center of the FBI’s Trump–Russia investigation. Cooper’s marriage was officiated by Attorney General Merrick Garland, the man who oversees Durham.

Danchenko’s situation is very different. He’s a Russian national with few connections. There will be no special privileges and he is likely to be convicted.

Danchenko’s trial will be held in October, and Durham is facing a number of discovery obligations this coming month. But once he has those matters under control, he will probably move on to bigger fish.

The looming question is whether those bigger fish will involve anyone bigger than Sussmann, who was, after all, a leading campaign lawyer for Clinton. There are two broad categories of people who may be in Durham’s sights.

First, there are private actors—people from outside the government who pushed the Clinton campaign’s smears against Trump. A number of Clinton operatives were implicated as part of the case against Sussmann, including Joffe, Clinton lead campaign lawyer Marc Elias, and Fusion GPS co-founders Peter Fritsch and Glenn Simpson. Fusion GPS is the political consulting firm that coordinated with Sussmann to push false stories about Trump into the media.

We also heard testimony that Clinton herself greenlighted the scheme to use the press to vilify Trump with false accusations of Russia collusion. But will any of these people face consequences?

The person most likely in Durham’s crosshairs is Joffe, who was remarkably offered a top government job in the event of a Clinton election victory, which may have been what motivated him to get involved in the scheme. Joffe also was the person who brought the false Alfa Bank data to his attorney, Sussmann, who later brought it to the FBI.

During the past two weeks, we learned that after setting things in motion with Sussmann, Joffe took things into his own hands by taking the same fake Alfa data that Sussmann brought to FBI General Counsel James Baker to FBI agent Tom Grasso. Joffe told Grasso that he got the info from a reporter and that Grasso should keep Joffe’s name secret.

In essence, with Sussmann’s help, Joffe was creating the appearance of two separate information streams into the FBI when, in fact, all the fake data was coming from Joffe himself. The scheme was simple, effective, and devious. First, Sussmann would get the FBI to investigate Trump, and then Joffe would come in “independently” to back Sussmann’s fake story.

During Grasso’s testimony, it also was revealed that Joffe was a confidential human source for the FBI and that he worked on “Russian-related cyber matters.” There was at least a suggestion that Joffe might have had a role in analyzing the alleged Russian hacking of the Democratic National Committee in May 2016. If Joffe was involved in shaping the narrative of the alleged hacking, it would cast yet more doubt on the flimsy yet prevailing conclusion that the Russian government was responsible.

Joffe has thus far not been charged with any offense. However, in court last week, it emerged that Joffe misled the FBI about where he got the Alfa data. Second, he concealed his connections to Sussmann and the Clinton campaign from the FBI. But those two alleged lies happened in 2016 and are now time-barred under the five-year statute of limitations.

Why wasn’t Joffe charged? There are two possibilities: Either Durham messed up and let the statute of limitations lapse or Durham has far more serious charges in mind for Joffe than lying to the FBI. Durham has made mistakes, but it’s unlikely he got this wrong. Major fraud against the United States government has a seven-year statute of limitations and may be what Durham is contemplating for Joffe.

What about Clinton and her top lieutenants? Not much was said about Jake Sullivan, Clinton’s 2016 campaign foreign policy adviser and current national security adviser who was pushing the Russia hoax during the 2016 campaign.

However, Clinton’s campaign manager Robby Mook testified on the witness stand that Clinton was personally briefed on the Trump-–Russia nonsense and gave the green light to hand the info to the media. While Mook’s admission is significant in that, for the first time, there is unequivocal evidence that directly ties Clinton to the Russiagate hoax, it isn’t a crime to lie to the media. Mook claimed he didn’t know the false data was being given to the FBI, nor did he state that Clinton knew.

Through Sussmann’s lawyers—who spent most of their time casting doubt on the FBI—we found out that the FBI’s leadership was rooting for the fake scandal. An internal text message revealed the following:

“People on the 7th floor to include the Director are fired up about this server.”

Despite FBI cyber analysts having dismissed Sussmann’s server data as laughable, FBI leadership opened a full investigation into the matter, which they then farmed out to the lead agent in the FBI’s Chicago office, Curtis Heide. That’s important because Heide is under DOJ investigation for concealing exculpatory evidence from the investigation, another fact that was revealed during the trial. Heide also happened to be in charge of the investigation of Trump 2016 campaign adviser George Papadopoulos and was the arresting officer when Trump confidant Roger Stone’s home was raided in Florida.

Sussmann’s lawyers made the case that the FBI wasn’t duped but was in on the scam, telling the jury, “They didn’t want to know.” While Sussmann’s team maintained that their client wasn’t responsible, it is notable that high-powered Washington lawyers would admit that the FBI promoted the Russia hoax.

Sussmann’s team also elicited evidence that FBI leadership prevented field agents from interviewing David Dagon, a tech expert who helped Joffe assemble the Alfa data, supposedly because FBI leadership did not want to interfere in the 2016 election. Had FBI agents interviewed Dagon—who is now cooperating with Durham—they would likely have found out about Joffe’s role in the scheme.

We also know that McCabe lied to his DOJ supervisors in March 2017 about the Russia investigation whose predicate had by that point completely fallen apart. He wasn’t charged even though Durham has had access to the documents that prove that McCabe lied. Those documents have now been made public by Sussmann’s team but it is too late to charge McCabe, since the five-year statute of limitations period has passed.

The same limitation period also applies to Comey’s statements to Congress in March 2017, when he talked up the Russia investigation despite knowing it no longer had any basis. We further already knew that Strzok lied to his DOJ supervisors about how the whole investigation got started, another lie that has now lapsed under the statute of limitations.

Given these circumstances, why was no one charged? The answer may simply be that Durham is effectively fenced in and limited to pursuing private actors. Aside from having only a barebones team and limited budget, Durham works under Joe Biden’s DOJ, which is headed by Attorney General Garland, whose counsel is Margaret Goodlander, who happens to be Sullivan’s wife. It’s very difficult to take on government actors under such circumstances. That could change if Republicans win control of the House in November and provide Durham with political cover. But given that most of the offenses have lapsed, such a development might come too late for Durham.

The Sussmann trial did, however, achieve at least two important successes. First, we now have documented evidence in the form of an internal text message that Comey and his group of FBI leaders were out to get Trump. Second, the trial revealed that Clinton herself greenlighted the scheme to vilify Trump with false claims of Russia collusion.