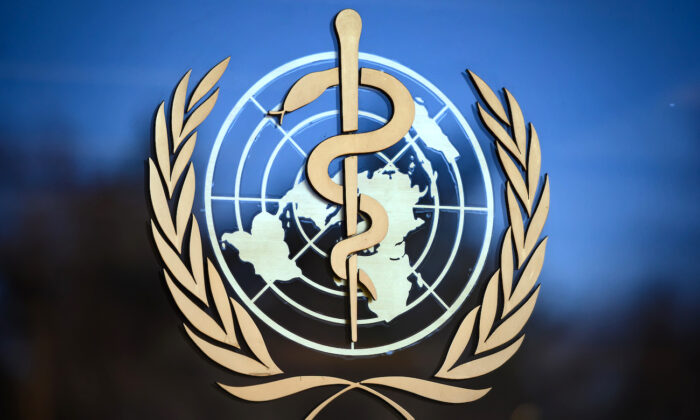 By changing the definition of ‘herd immunity’ the WHO would seem to set a singular course for policy makers. (Fabrice Coffrini/AFP via Getty Images)
Health

WHO Changes Definition of Herd Immunity

In a shocking reversal that’s akin to redefining reality, the World Health Organization has changed its definition of herd immunity. Herd immunity occurs when enough people acquire immunity to an infectious disease such that it can no longer spread widely in the community.

When the number susceptible is low enough to prevent epidemic growth, herd immunity is said to have been reached. Prior to the introduction of vaccines, all herd immunity was achieved via exposure to and recovery from an infectious disease.

The WHO, however, quietly revised this concept in an Orwellian move that totally removes natural infection from the equation.

In June 2020, WHO’s definition of herd immunity, posted on one of their COVID-19 Q&A pages, was in line with the widely accepted concept that has been the standard for infectious diseases for decades. Here’s what it originally said, courtesy of the Internet Archive’s Wayback machine:

“Herd immunity is the indirect protection from an infectious disease that happens when a population is immune either through vaccination or immunity developed through previous infection.”

It should be noted that “immunity developed through previous infection” is the way it has worked since humans have been alive. Your immune system isn’t designed to get vaccines. It’s designed to work in response to exposure to an infectious agent. Apparently, according to WHO, that’s no longer the case. As of October 2020, here’s their updated definition of herd immunity, which is now “a concept used for vaccination”:

“‘Herd immunity,’ also known as ‘population immunity,’ is a concept used for vaccination, in which a population can be protected from a certain virus if a threshold of vaccination is reached. Herd immunity is achieved by protecting people from a virus, not by exposing them to it.

“Vaccines train our immune systems to create proteins that fight disease, known as ‘antibodies,’ just as would happen when we are exposed to a disease but—crucially—vaccines work without making us sick. Vaccinated people are protected from getting the disease in question and passing it on, breaking any chains of transmission.”

This perversion of science implies that the only way to achieve herd immunity is via vaccination, which is blatantly untrue. The startling implications for society, however, are that by putting out this false information, they’re attempting to change our perception of what’s true and not true, leaving people believing that they must artificially manipulate their immune systems as the only way to stay safe from infectious disease.

As of this writing, other high-profile medical organizations haven’t signed on to WHO’s skewed definition of herd immunity. The U.S. Centers for Disease Control and Prevention, for instance, in their Vaccine Glossary of Terms, defines community immunity, also known as herd immunity, as follows:

“A situation in which a sufficient proportion of a population is immune to an infectious disease (through vaccination and/or prior illness) to make its spread from person to person unlikely. Even individuals not vaccinated (such as newborns and those with chronic illnesses) are offered some protection because the disease has little opportunity to spread within the community.”

“Herd immunity can also be reached when a sufficient number of people in the population have recovered from a disease and have developed antibodies against future infection. For example, those who survived the 1918 flu (influenza) pandemic were later immune to infection with the H1N1 flu, a subtype of influenza A.”

Public health officials often state that vaccination offers you a chance to acquire immunity to an illness without having to get sick from it. What they don’t typically mention, aside from the risks inherent in all vaccines, is that the resulting immunity from vaccination is not the same as that achieved via natural infection.

Many vaccines do not provide long-lasting or lifelong immunity. Vaccines only confer temporary artificial immunity and sometimes they fail to do that. This is why booster shots are needed. Barbara Loe Fisher, co-founder and president of the National Vaccine Information Center (NVIC), explains why this is so problematic using the example of measles:

“What the medical literature shows is that baby boomers and the generation before us acquired natural immunity, which is qualitatively superior. It’s longer-lasting than vaccine-acquired immunity.”

“I think the most shocking part, whenever I go into the medical literature, is understanding how much they do not know about the functioning of the immune system, about how infections confer immunity and how vaccines stimulate artificial immunity.”

WHO Also Changed the Definition of ‘Pandemic’

The WHO had previously changed the definition of “pandemic,” in a way that could have affected how we classify COVID-19. The WHO’s original definition of a pandemic from May 1, 2009, specified simultaneous epidemics worldwide “with enormous numbers of deaths and illnesses:”

“An influenza pandemic occurs when a new influenza virus appears against which the human population has no immunity, resulting in several, simultaneous epidemics worldwide with enormous numbers of deaths and illness.”

This definition was changed in the month leading up to the 2009 swine flu pandemic, removing the severity and high mortality criteria and leaving the definition of a pandemic as “a worldwide epidemic of a disease.”

This switch in definition allowed WHO to declare swine flu a pandemic after a mere 144 people had died from the infection, worldwide, and it’s why COVID-19 is still promoted as a pandemic even though there is enough data to suggest the lethality of COVID-19 is on par with the seasonal flu.

Another example of WHO conveniently changing former truths occurred in June 2020. During a press briefing, Maria Van Kerkhove, WHO’s technical lead for the COVID-19 pandemic, made it very clear that people who have COVID-19 without any symptoms “rarely” transmit the disease to others. In a dramatic about-face, WHO then backtracked on the statement just one day later.

On June 9, 2020, Dr. Mike Ryan, executive director of WHO’s emergencies program, quickly backpedaled Van Kerkhove’s statement, saying the remarks were “misinterpreted or maybe we didn’t use the most elegant words to explain that.”

The Bill & Melinda Gates Foundation, for those who aren’t aware, is the biggest funder of WHO, and Bill Gates, along with Dr. Anthony Fauci, director of the National Institute for Allergy and Infectious Diseases (NIAID), are among those who have stated that life cannot return to normal until there is a vaccine against COVID-19.

“Humankind has never had a more urgent task than creating broad immunity for coronavirus,” Gates wrote on his blog in April 2020. “Realistically, if we’re going to return to normal, we need to develop a safe, effective vaccine. We need to make billions of doses, we need to get them out to every part of the world, and we need all of this to happen as quickly as possible.”

Gates has even stated he “suspect[s] the COVID-19 vaccine will become part of the routine newborn immunization schedule” and has gone on record saying the U.S. needs disease surveillance and a national tracking system18 that could involve vaccine records embedded on our bodies (such as invisible ink quantum dot tattoos described in a Science Translational Medicine paper)

Vaccine passports, which will be attached to cellphone apps that track and trace your COVID-19 test results and vaccination status, are already here and expected to become “widely available” during the first half of 2021. The rollout of widespread COVID-19 vaccination, coupled with tracking and tracing of COVID-19 test results and vaccination status, raises concern that in the future, government authorities will have the tools for biometric surveillance and additional tracking and tracing.

What if COVID-19, which causes only minor symptoms in the majority of people—and causes no symptoms in others—has already spread throughout communities such that natural herd immunity exists? WHO quickly dismisses this possibility, stating:

“Attempts to reach ‘herd immunity’ through exposing people to a virus are scientifically problematic and unethical. Letting COVID-19 spread through populations, of any age or health status will lead to unnecessary infections, suffering and death. The vast majority of people in most countries remain susceptible to this virus. Seroprevalence surveys suggest that in most countries, less than 10 percent of the population have been infected with COVID-19.”

This contradicts data suggesting that some areas may already have reached the herd immunity threshold (HIT). According to The New York Times, more than a dozen scientists said in interviews that the HIT for COVID-19 is likely 50 percent or lower. “If that’s true, then it may be possible to turn back the coronavirus more quickly than once thought,” the Times reported, and perhaps without the need for a vaccine.

Herd immunity is calculated using reproductive number, or R-naught (R0), which is the estimated number of new infections that may occur from one infected person. R0 of below 1 (with R1 meaning that one person who’s infected is expected to infect one other person) indicates that cases are declining while R0 above 1 suggests cases are on the rise.

It’s far from an exact science, however, as a person’s susceptibility to infection varies depending on many factors, including their health, age and contacts within a community. The initial R0 calculations for COVID-19’s HIT were based on assumptions that everyone has the same susceptibility and would be mixing randomly with others in the community.

“That doesn’t happen in real life,” Dr. Saad Omer, director of the Yale Institute for Global Health, told The Times. “Herd immunity could vary from group to group, and subpopulation to subpopulation,” or even ZIP code.

When real-world scenarios are factored into the equation, the HIT drops significantly, with some experts saying it could be as low as 10 percent to 20 percent. In fact, as the Times suggested, it’s possible that herd immunity for the pandemic is “ahead of schedule.”

Researchers from Oxford, Virginia Tech, and the Liverpool School of Tropical Medicine are among those that found when individual variations in susceptibility and exposure are taken into account, the HIT declines to less than 10 percent. By that number, and using WHO’s estimate that less than 10 percent of the population has already been infected, the HIT could already be met or quickly approaching—all via naturally acquired immunity.