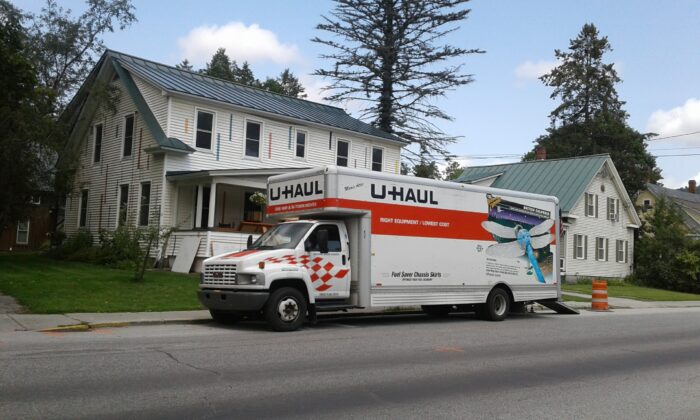 Who Are Those People Fleeing Blue States?

According to Clay Travis on Dec. 22’s Clay Travis-Buck Sexton Radio Show, the blue states are hemorrhaging people. From the transcript:

“And they came out with the data on, the Census data for 2021, and—this is interesting—New York was the number one state to lose population. Around 320,000 New Yorkers bailed on the state. California was the second biggest loser, around us 250K or so, followed by Illinois.

“When you add in others like Michigan, about a million have departed blue states in 2021.”

Travis continued: “I want to build on this in a moment, but these are the states that added population: Texas, Florida, Arizona, North Carolina, Georgia, South Carolina, Utah, Tennessee, Idaho, and Nevada. Almost all of those states red states. What is going on here with the great sorting of America?”

What, indeed? This exodus from blue states—although obviously not quite as perilous as the flight from Egypt—has been going on for years and has its own motivations that may not come directly from Yahweh but have their own spiritual, or at least moral, component—a desire to live openly in harmony with your views.

It also has ebbs and flows. Right now the flow is very much on, seeming to spike any time Anthony Fauci or Joe Biden open their mouths, ditto governors of those same blue states who seem to be outbidding each other in the race to lock their citizens in their homes and inoculate and mask their children with absolutely nothing to show for it.

Fauci has now told us to disinvite our unvaccinated relatives from Christmas. My guess from that is a whole lot more people are looking for a realtor. (I have heard some have offices in Los Angeles and Franklin, Tennessee to facilitate the move. House-hunting around here has become very tricky.)

I wrote about this internal migration the other day and about how I was considering writing a book about it.

I would perforce be weighing in on the question of just who are these people.

Are they, as some commenters on my previous piece said, people looking for a cheap, tax-free ride, who carry their liberal or progressive ideas with them and are actually polluters of red state values? They should stay out and stop ruining their new state.

Of course some, maybe a number, of these types exist. Everything does in a nation of three hundred and thirty million.

But I would argue, the contrary is more prevalent. The majority of these internal migrants are as strong advocates for conservatism and our founding principles as the original residents. In uprooting themselves and making the trek across the country to start a new life, they have demonstrated that.

They also demonstrate it by their actions when they arrive, very often joining, or even helping found, organizations to protect constitutionally republican government that can be in jeopardy even in red states from the left or from local RINOS.

That’s been my observation, but of course I am biased because I am one of them.

Nevertheless, one of the commenters underscored that view by pointing out how those who have actually experienced communism are almost always the most staunch opponents of any leftism, no matter where they are.

You can see that here at The Epoch Times where many refugees from Chinese communist oppression work or contribute. I saw it the nine months I spent in Prague working on a film. The Czechs knew communism first hand and had no interest in going anywhere near it.

It’s absurd to say that we Americans experienced anything nearly as bad as the Chinese people do and the Czechs did, but having visited California and New York lately, what I saw did not give me second thoughts about having left. Rather, I had a feeling of relief that I did.

Another who believes as I do about these internal migrants is Clay Travis, himself a Tennessean by birth, who said on the same show:

“I was talking about the fact that where I live in the Nashville area, I meet people all the time that are moving into my neighborhood. I live in an area called Franklin, Tennessee, which is just south of Nashville about 15 or 20 miles in Williamson County. And our schools have stayed open. We were open all last year.

“And so as a result been a lot of parents and a lot of families that have moved here. And what I see is New York, California, and Illinois, most commonly, Chicago area is where people are bailing on Illinois, and I asked ’em why they came here, and they all say, to a person, man and woman, they moved because they were finally fed up with the politics and COVID was the tipping point.”

Doesn’t sound like a bunch of liberals to me. But I’ll know more when I do my research.

FINALLY: Congrats to Clay and Buck for having the number one talk radio show in the nation after only six months. Yes, you inherited the slot of the incomparable Rush, but if you didn’t do a good job yourselves, the fans would have left by now. Kudos.