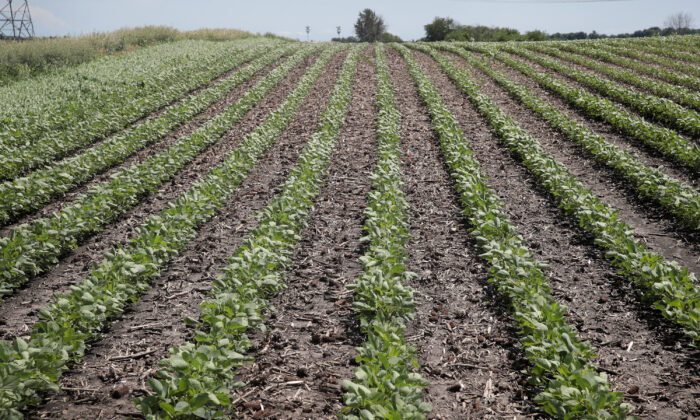 Soybeans grow in a field in Dwight, Illinois on June 13, 2018. (Scott Olson/Getty Images)
By Matthew Vadum