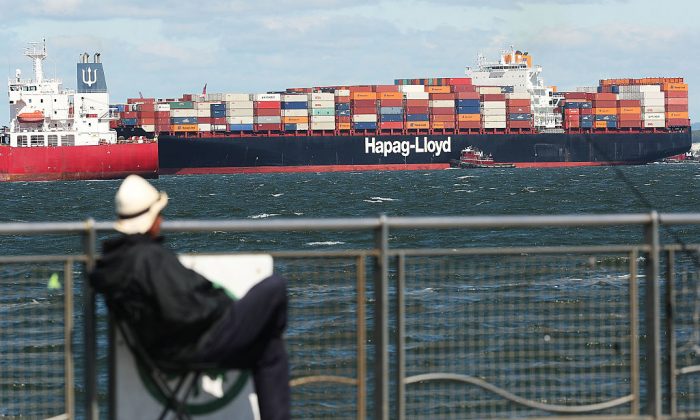 The Senate voted May 8 to confirm three nominees to serve on the board of the U.S. Export-Import Bank (Ex-Im Bank), allowing the federal credit agency to have a quorum needed to authorize large loans. Lack of board quorum for nearly four years has prevented the bank from approving deals over $10 million.

The Trump administration has been pushing the Senate to revive the bank for both financial and national security reasons. At the Ex-Im Bank’s annual conference in March, Trump’s top aides Larry Kudlow and Peter Navarro made it clear that the bank is an important tool to level the playing field for American exporters.

Trump as a candidate opposed the credit agency during the 2016 presidential campaign. However, as president he changed his mind, declaring the bank “a very good thing.” And this appears to be triggered by his concerns about China trade issues, say experts.

The Senate confirmed Kimberly Reed as president of the credit agency with a 79-17 vote. It also voted for Spencer Bachus and Judith DelZoppo Pryor to serve on the board.

The export credit agency, for more than 85 years, assists in financing and facilitating U.S. exports of goods and services. It supports large multinational corporations such as Boeing, Caterpillar, and GE; it’s also an important source of credit for small businesses.

The Koch brothers have been using behind-the-scenes influence to challenge the Trump administration on its decision to revive the bank. Since 2015, billionaires Charles and David Koch, who are among the Republican Party’s top donors, have been pushing Washington to eliminate the Ex-Im Bank.

Koch Industries sent a letter to Congress in 2015, urging lawmakers to oppose the reauthorization of the bank. The industrial conglomerate labeled the bank “corporate welfare” that picks “winners and losers” by subsidizing certain industries.

And since then, the Koch brothers have been using a wide network of political advocacy groups to put the bank on the political radar. The controversy over the bank also has sparked clashes among Republicans.

“Fools like me who believed that President Trump would ‘drain the swamp’ in Washington have been enduring one disappointment after another,” wrote Veronique de Rugy, a senior research fellow at the Mercatus Center, a Koch-funded think tank.

“For the latest, he has exerted political pressure so the swampiest agency in town, the Export-Import Bank, can be restored to its full potential,” she wrote in a recent New York Times op-ed.

Sen. Pat Toomey (R-Pa.) has led the opposition against the bank in the Senate by placing holds on nominations to the bank’s board.

“I’m pretty disappointed that we’re moving ahead with this [confirmation],” Toomey said May 7 on the Senate floor.

“Even in its heyday, Ex-Im finances the very tiny percentage of all U.S. exports, typically it’s less than 2 percent,” he said.

Opponents of the bank argue that the majority of Ex-Im loans in dollar terms go to a small number of politically connected giant corporations, such as Boeing. Proponents, however, claim that money funneled through the bank supports a large number of small businesses and U.S. jobs.

More than 90 percent of the bank’s transactions directly supported exports from American small businesses in fiscal year 2017, according to the agency. Thousands of smaller companies that serve as suppliers to large exporters also benefit indirectly from the bank’s activities. The credit agency also supported over 1.7 million jobs across the country over the past decade.

The National Association of Manufacturers (NAM), a leading proponent of the bank, applauded the Senate confirmation, calling it “a major bipartisan victory.”

“Thanks to the leadership of President Trump, Leader McConnell, and senators on both sides of the aisle, this self-inflicted damage is now over,” Jay Timmons, president and CEO of NAM said in a statement.

“Now that the Export-Import Bank is on track to be fully functional again, after a four-year hiatus, manufacturers in America can once more reach their full potential and more aggressively compete against China and others.”

The agency operates under a renewable charter and its mandate is set to expire Sept. 30. Congress must act again for the re-authorization, which poses another challenge for the White House and the credit agency.