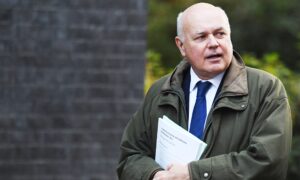 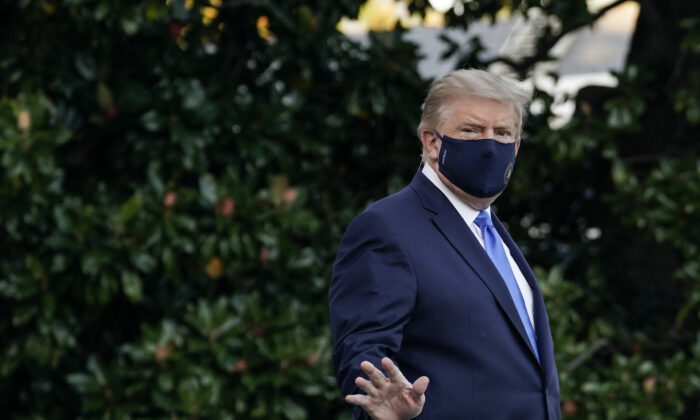 WASHINGTON—As the coronavirus cases surge worldwide, White House officials warned against a second round of pandemic lockdowns, saying they are “extremely harmful” to public health and the economy in the long run.

“Worldwide endorsement by the science community at the highest levels aligns very strongly with what the president said for months,” a senior administration official told reporters on Oct. 12 during a conference call.

Since March, President Donald Trump’s policies have centered around protecting the high-risk elderly and vulnerable, opening schools, and restoring society, the official said.

The president’s policy is aligned with what “top epidemiologists and health policy experts have been saying—that is, lockdowns do not eliminate the virus; lockdowns are extremely harmful.”

“Adopting measures to protect the vulnerable should be the central aim of public health responses to COVID-19,” the declaration states. “Those who are not vulnerable should immediately be allowed to resume life as normal.”

The World Health Organization also expressed concerns about lockdown measures. The WHO’s special envoy on COVID-19 has urged world leaders to stop using lockdowns as the primary control method against the spread of the CCP (Chinese Communist Party) virus, commonly known as the novel coronavirus.

“We in the World Health Organization do not advocate lockdowns as the primary means of control of this virus,” David Nabarro told The Spectator in an interview aired on Oct. 8.

The senior Trump administration official said new lockdowns are being introduced in various parts of the United States, and some are being contemplated. But these measures have direct health care costs, he warned.

For instance, “the data came out that 46 percent of the top six cancers in the United States were not diagnosed compared to last year.”

The protracted lockdowns could result in lower childhood vaccination rates, fewer cancer screenings and treatment, and deteriorating mental health, according to health experts.

During the call, another senior administration official warned about the negative economic effects of the lockdowns.

The lockdowns’ negative impact also includes a rise in income inequality and child abuse, he said.

Trump has been repeatedly criticized for his handling of the pandemic and playing down the severity of the virus. And after his diagnosis, he was accused of making the White House a COVID hotspot.

“Even with significant mitigation steps that we all here obey very religiously, the virus is not totally eliminated,” the official said.

“We cannot eliminate all cases. And so what we do is we focus on saving lives because we’ve learned a lot about the virus.”

The official said that the case fatality rate has dropped 85 percent since the peak of March and April. Hospital length of stay and hospital mortality rates have also come down significantly since then.