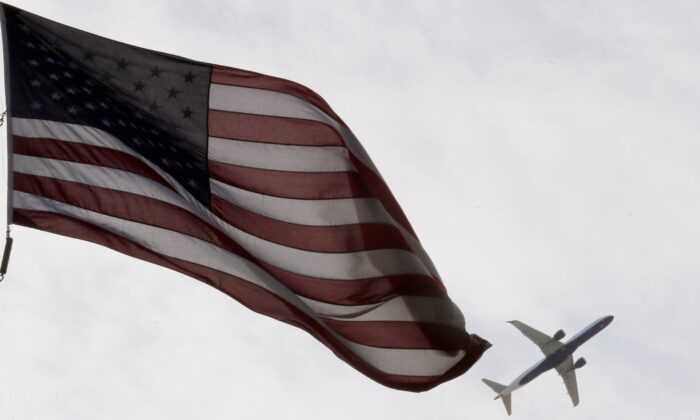 The White House on Thursday said it is targeting 20  percent lower aviation emissions by 2030, as airlines facing pressure from environmental groups to lower their carbon footprint pledged to use more sustainable aviation fuel (SAF).

The push to accelerate carbon cutting is part of President Joe Biden’s target of making the United States net carbon neutral by 2050.

It comes as the United States and Europe are trying to boost production of SAF, which is now made in miniscule quantities from feedstocks such as used cooking oil, and can be two to five times more expensive than standard jet fuel.

Biden said he is seeking a SAF tax credit as part of the $3.5 trillion reconciliation bill being pushed by congressional Democrats, a move the industry says is necessary to offset the higher costs of production.

Announcements from the White House and U.S. carriers confirmed Reuters reports that Biden officials were eying a target date of 2050 for weaning aircraft off fossil fuels, along with airline support for a voluntary target of 3 billion gallons of SAF in 2030.

Three federal departments are launching a government challenge to supply at least 3 billion gallons of SAF per year by 2030 and ample SAF by 2050 “to meet 100 percent of aviation fuel demand, currently projected to be around 35 billion gallons a year,” a White House fact sheet said.

Global aviation has faced calls by environmental groups for curbs to air travel amid growing pressure on airlines to cut emissions.

Biden’s administration is taking a different approach than Europe, where regulators are seeking to force suppliers to blend rising amounts of SAF into their kerosene.

“It is essentially an aspirational goal,” said Dan Rutherford, aviation director at the International Council on Clean Transportation, an environmental research group based in Washington.

United Airlines also announced on Thursday a record purchase agreement for 1.5 billion gallons of SAF over 20 years from Alder Fuels, under certain conditions, starting in 2025.

Alder Fuels Chief Executive Bryan Sherbacow said the size of the deal with United is doable because the fuels will be produced from forest and crop waste, which are less expensive than fats, used oils and grease which are in short supply. “The big thing is expanding supply in addition to fat, oil and grease,” said Sherbacow, who left his position a few weeks ago as Chief Commercial Officer of World Energy to launch Alder. “That enables scalability, that enables more cost competitiveness,” added Sherbacow, who remains a senior advisor to World Energy, the largest U.S. SAF producer.

Both United and Honeywell made equity investments in Alder, he said.