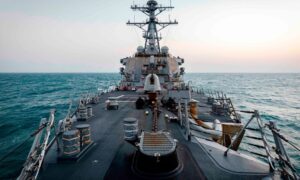 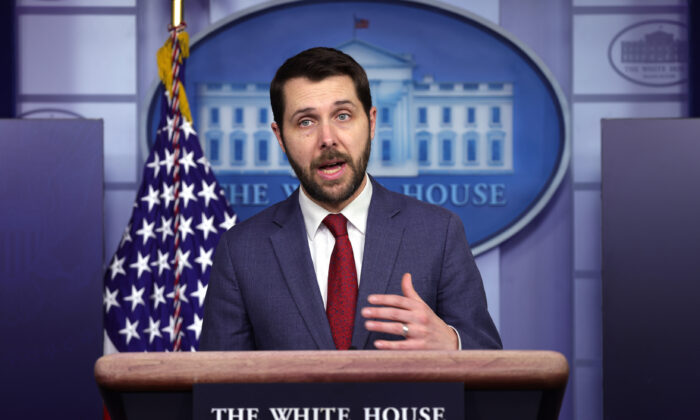 WASHINGTON—The White House sent a letter to the Taiwanese government on Feb. 17 seeking its help to resolve a global shortage of computer chips that has wreaked havoc on the automotive industry. The letter stated that the “future is bright” for U.S.–Taiwan relations amid threats from China.

“U.S. automotive companies remain significantly concerned about the impact of the auto chip shortage on production lines this year,” the letter obtained by The Epoch Times reads.

The pandemic has spiked demand for consumer electronics, leading to the shortage of semiconductor chips. Global automakers have been hit especially hard from this supply shock; General Motors and Ford have temporarily shuttered some of their plants in response. The shortfall has also affected many global car brands, including Volkswagen, Toyota, and Nissan.

The semiconductor crunch has increased the strategic importance of Taiwan to Western governments. U.S., European, and Japanese automakers have been lobbying their governments to step in and engage with Taiwanese officials to address the shortage.

Taiwan is a crucial hub for the global semiconductor supply chain. Its semiconductor sector is the world’s second-largest by revenue after the United States.

Taiwan Semiconductor Manufacturing Co. (TSMC), the world’s largest contract chipmaker, and other Taiwanese companies have already ramped up production of vital chips to resolve the problem.

“We recognize the challenge of near-term constraints on auto chip manufacturing linked to production timelines for specific designs,” Deese stated in his letter. “We appreciate your efforts to ensure a level-playing field for American companies seeking deliveries of available supplies.”

Wang told reporters that she received the White House letter on Feb. 19.

“Going forward, manufacturers are doing what they should” to address the problem, she said. “We are helping as much as we can.”

The United States sees Taiwan as a strategic partner in Asia, and the Biden administration seeks to strengthen long-term cooperation with the self-governed island, according to the letter.

“We see significant potential for broader engagement over the medium-to-longer term to enhance supply chain resilience for the semiconductor industry,” the letter stated.

In May 2020, TSMC announced that it would build the world’s most advanced 5-nanometer chip fabrication facility in Arizona. The deal, according to experts, has the potential to fundamentally reorient Taiwan’s high-tech supply chain away from China and toward the United States.

The United States doesn’t have a formal diplomatic relationship with Taiwan but maintains unofficial ties with the self-ruled island under the 1979 Taiwan Relations Act. In recent years, there has been a bipartisan push for the establishment of a bilateral free-trade agreement with Taiwan.

Washington has long been cautious in dealing with Taipei for fear of provoking the regime in Beijing, which sees the democratic island as part of Chinese territory.

The nature of U.S.–Taiwan relations, however, has dramatically changed over the past year. Under Trump’s presidency, Washington significantly expanded military aid to Taiwan.

The Trump administration in its final weeks also lifted restrictions on contact with Taiwanese diplomats and officials, marking a significant move to deepen ties with the island.

Taiwan’s de facto ambassador to the United States attended Biden’s inauguration last month. It was the first time Taiwan was officially invited to a presidential swearing-in since 1979, when the U.S. government switched diplomatic recognition to Beijing. It also signaled the continuation of increasing support for Taipei in the post-Trump era, despite constant threats of invasion by Beijing.

For the past several months, Beijing has repeatedly conducted military operations near Taiwan to express its frustration about changing U.S. foreign policy toward Taiwan.

While the Biden administration struck a positive tone in the letter, it’s unclear whether the U.S. support for Taiwan will remain strong in the coming months. The new administration may reverse some of Trump’s policies on Taiwan, according to experts, if Biden and his officials seek to reduce tensions with China.

“I think it’s very early to really grasp the totality of Biden administration’s China policy at the moment,” Rupert Hammond-Chambers, president of the U.S.–Taiwan Business Council, told The Epoch Times.

“We really just haven’t seen what each department’s China policy is going to look like and how they weave it all together.”