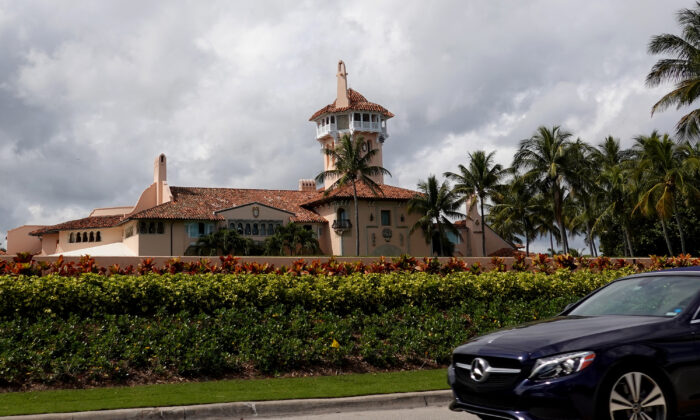 The White House is claiming it was not informed ahead of time of the FBI’s raid on former President Donald Trump’s Mar-a-Lago resort.

“We did not have notice of the reported action and would refer you to the Justice Department for any additional information,” a White House official told The Epoch Times via email.

The Justice Department, which the FBI is a part of, has not responded to a request for comment.

Trump announced the raid late on Aug. 8, calling it evidence of “prosecutorial misconduct” and a “weaponization of the Justice System.”

The raid was not announced and was motivated because Democrats do not want Trump to run again for president in 2024, the former president said.

Eric Trump, one of Trump’s sons, said the raid was conducted to see whether his father possessed any documents from his time in office.

The National Archives and Records Administration (NARA) said in February that it received boxes of documents from Trump’s resort.

“NARA pursues the return of records whenever we learn that records have been improperly removed or have not been appropriately transferred to official accounts.”

Some legal experts questioned the raid, and many Republicans decried the move.

“Today’s raid is outrageous and unjust, but predictable,” Sen. Rand Paul (R-Ky.) said in a statement, noting that FBI Director Christopher Wray has defended his agency’s counterintelligence efforts against the Trump campaign in 2016.

“This is 3rd World country stuff. We need answers NOW. The FBI must explain what they were doing today & why,” Sen. Rick Scott (R-Fla.) wrote on Twitter.

But many Democrats defended the raid, including Rep. Elaine Luria (D-Va.).

“It truly is unprecedented, but it’s unprecedented because this is in reaction to an unprecedented presidency,” Luria said on MSNBC. “We never before saw a president who sought to overturn an election, fake electors, put pressure on the vice president, summon a mob to D.C.”