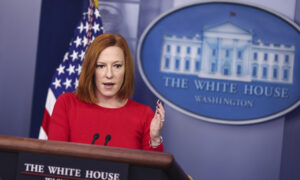 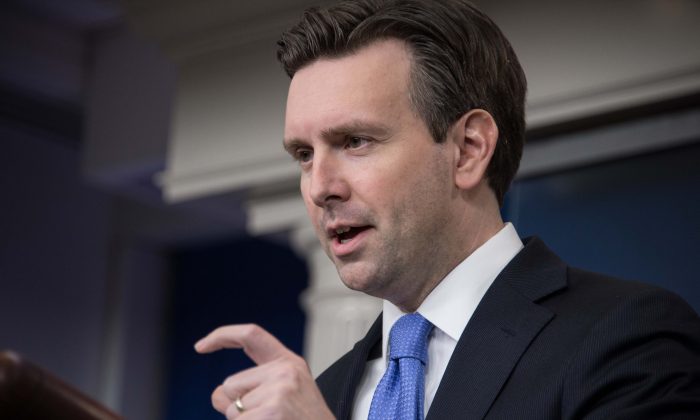 Shortly after Donald Trump unveiled 11 potential nominees to replace the late Justice Antonin Scalia, the White House responded—without having to look at the names.

“Let me make this observation: I would be surprised if there are any Democrats who would describe any of those 11 individuals as a consensus nominee,” press secretary Josh Earnest told reporters on May 18.

Instead, the White House is continuing to advocate for Judge Merrick Garland, who President Obama tapped in March as a suitable replacement.

“And I think that speaks to the wisdom of the Senate acting on the president’s nomination and I think it speaks to the president’s commitment to fulfilling his constitutional responsibilities to fill the vacancy on the Supreme Court in a way that is consistent with his desire to protect the Supreme Court from the kind of partisan wars that it’s been subjected to of late,” Earnest said.

The 11 nominees were lauded by the Trump campaign as a “who’s who” of conservative judges.

In a statement, Trump said the list “is representative of the kind of constitutional principles I value” and said that, as president, he would use it “as a guide to nominate our next United States Supreme Court Justices.”

One of the judges on the list, Texas Supreme Court Justice Don Willett laughed off the question when he was asked to comment about being named by Donald Trump as one of his 11 potential picks.

The other 10 names listed by Trump include Steven Colloton of Iowa, Allison Eid of Colorado, Raymond Gruender of Missouri, Thomas Hardiman of Pennsylvania, Raymond Kethledge of Michigan, Joan Larsen of Michigan, Thomas Lee of Utah, William Pryor of Alabama, David Stras of Minnesota, and Diane Sykes of Wisconsin.

Diane Sykes is a federal judge on the United States Court of Appeals for the Seventh Circuit, former Justice of the Wisconsin Supreme Court, and wife of conservative radio broadcaster Charlie Sykes.

Charlie Sykes was one of the leaders of the Anti-Trump movement during the Wisconsin primary, which helped Ted Cruz win.