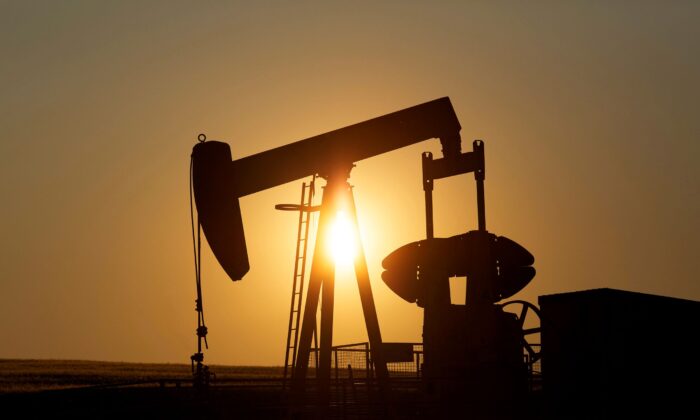 The White House on Tuesday promised to put pressure on members of the Organization of the Petroleum Exporting Countries (OPEC) to increase production amid declining supplies and rising energy prices.

Press secretary Jen Psaki told reports at a press briefing that the president is “mindful” of the increased prices consumers are facing when it comes to their energy bills and that he “reserves a range of options,” to combat the situation.

Psaki said the administration is focusing on raising its concern with “supply issues as it relates to oil” on the international stage.

“There’s a power of the president of the United States engaging on that front,” she said. “That issue has been raised at [national security adviser Jake Sullivan’s] level, at a range of levels throughout government, but certainly the supply … and putting additional pressure on OPEC is something that certainly our national security team will continue to do.”

The administration is “concerned” over the high gas prices and has asked the Federal Trade Commission (FTC) to investigate the matter, Psaki said.

“I will also note that as it relates to gas prices, we remain concerned about trends we have seen where even as supply has increased at times over the last several months, we’ve still seen heightened prices,” she said. “We’ve asked the FTC to look into that.”

DEPA is a nationwide collaboration of 39 coalition associations representing individuals and companies who engage in onshore oil and natural gas exploration and production in the United States.

“The idea that you have a federal government that has said it wants to do away with oil, gas, and coal by 2050, that makes it very hard for people to think about it as a future resource,” Simmons said.

“The Biden administration has done all they can to hinder us. We have some tax deductions that we get for doing business in this country that they’re trying to remove, and again, that drives up the cost, and when you drive up costs, people stop doing certain businesses, or they increase the cost of doing that business and pass it on to the consumer, which is exactly what’s happening,” Simmons added.

The White House put pressure on OPEC back in August to boost production of oil faster in an effort to combat rising gasoline prices, stating that its prior July agreement to boost production every month by 400,000 barrels per day starting in August until November was “simply not enough” during a “critical moment in the global recovery.”

Russian Deputy Prime Minister Alexander Novak told Reuters on Monday that Russia expects OPEC+ to raise its output by 400,000 barrels per day at the Nov. 4 meeting, as previously agreed.

Novak also said he expects to oil demand to reach a pre-pandemic level by the end of next year.

Since the start of this year, gas prices have risen 35 percent amid lower supplies and a surge in demand as pandemic-hit economies around the world reopen.

Meanwhile, oil prices surged to their highest price since 2014 on Tuesday, surpassing $85 per barrel.