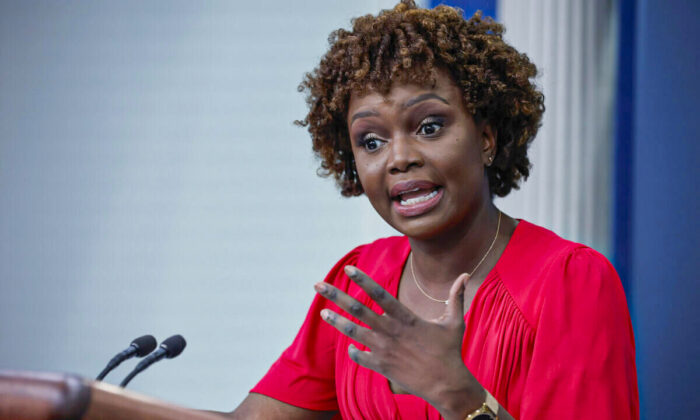 White House press secretary Karine Jean-Pierre confirmed Biden’s position while speaking to reporters on Air Force One, coming as Democrats repeated their calls to expand, or pack, the Supreme Court with more justices after the court ruled to overturn Roe v. Wade on Friday.

Several Democrat senators, including Sens. Ed Markey (D-Mass.) and Elizabeth Warren (D-Mass.), said the high court should be expanded. Critics of the move have said that it would allow Democrats to place additional judges on the bench to sway future rulings in their favor.

“They just took the last of it and set a torch to it,” she added. “I believe we need to get some confidence back in our court and that means we need more justices on the United States Supreme Court.”

Markey on Friday claimed the Supreme Court’s majority “appears set to destroy the right to abortion” and that “we must expand the court.”

Starting in 2020, more and more Democrats have vowed to pack the Supreme Court with ostensibly left-leaning judges under the Biden administration. In April 2021, however, Justice Stephen Breyer, who was appointed by a Democrat president, argued against the move and said it would politicize the court.

“Structural alteration motivated by the perception of political influence can only feed that perception, further eroding that trust,” said Breyer, a Clinton nominee who announced his retirement from the court earlier this year, at the time. “There can be no shortcuts to it.”

Following the Supreme Court decision last week, Biden issued a public statement saying that he believes Congress should pass laws to allow abortions. Failing that, he said that people should vote for candidates who support such measures during the 2022 midterms.

“Let me be very clear and unambiguous: the only way we can secure a woman’s right to choose—the balance that existed—is for Congress to restore the protections of Roe v. Wade as federal law,” Biden said during his speech. “No executive action from the president can do that.”