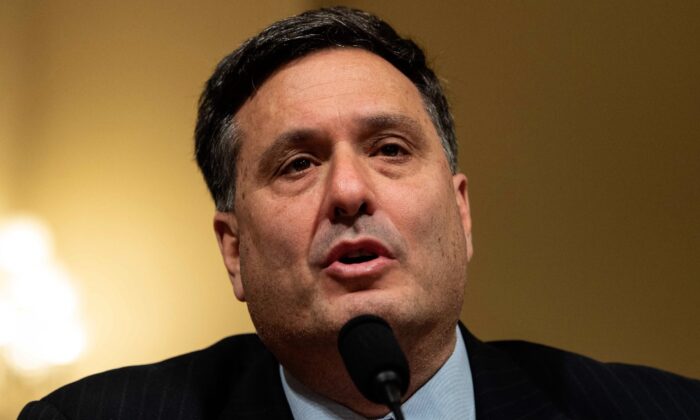 Klain retweeted a Twitter post from Furman which reads: “Most of the economic problems we’re facing (inflation, supply chains, etc.) are high class problems. We wouldn’t have had them if the unemployment rate was still 10 percent. We would instead have had a much worse problem.”

A number of people took issue with Klain’s retweet, including Tommy Pigott, the rapid response director for the Republican National Committee, who replied, “Struggling to pay for food, fuel, and housing because of rising prices is not a ‘high class problem.'”

“Biden is making everyone worse off, but instead of stopping the damage, their strategy is to try to gaslight Americans.”

Andrew Wagner, Director of Public Affairs for the Minnesota House Republican Caucus, also replied, “Yes we all know only ~ high class~ people buy cars, gas, groceries, toys, and heat for their homes. Are you for real my guy?”

“Inflation is NOT a ‘high class problem.’ Inflation is a tax on working Americans & those on fixed incomes,” Rep. Ted Budd (R-N.C.) replied. “The Biden/Harris White House is completely out of touch.”

Dozens more Twitter users expressed outrage at the retweet. Klain is yet to respond to the backlash.

Meanwhile, Furman later clarified that his original Twitter post was “not a political analysis” but his own “social judgment.”

The Epoch Times has contacted Ron Klain for comment.

White House Press Secretary Jen Psaki on Thursday attempted to clarify Klain’s tweet on inflation when asked by Fox News if she agreed that it was “tone deaf” as some people have described it.

“So I think the point here is, what some of these critics are saying is, we don’t know if what they’re saying is if what they thought was great was when the unemployment rate was double what it is today,” Psaki said. “Or when people were locked in their homes and therefore gas prices were lower. We’re at this point because the unemployment rate has come down and been cut in half because people are buying more goods, because people are traveling, and because demand is up and because the economy is turning back on.”

Psaki added that addressing Klain’s Twitter habits are “not a top priority” for the administration, noting that Klain is speaking on his “own accord” as “any chief of staff does” adding that is the “purpose of public speech.”

Klain’s Twitter post comes as the United States faces soaring inflation levels which has led to higher prices for everything from food to gas across the nation.

Inflation levels have been exasperated by supply chain issues, labor shortages, as well as the skyrocketing prices of materials among other things, driven by the COVID-19 pandemic.

While some economists, including those at the Federal Reserve, have stressed that the current inflation surge is transitory, prices have continued to rise.

According to Labor Department data, wages only increased by 4.6 percent compared to the previous year, meaning that inflation is outpacing wage growth.

The Biden administration on Wednesday said the White House will attempt to alleviate the ongoing supply chain issues and has asked that Walmart, FedEx, and UPS dedicate more shifts to deal with bottlenecks ahead of the holiday season.