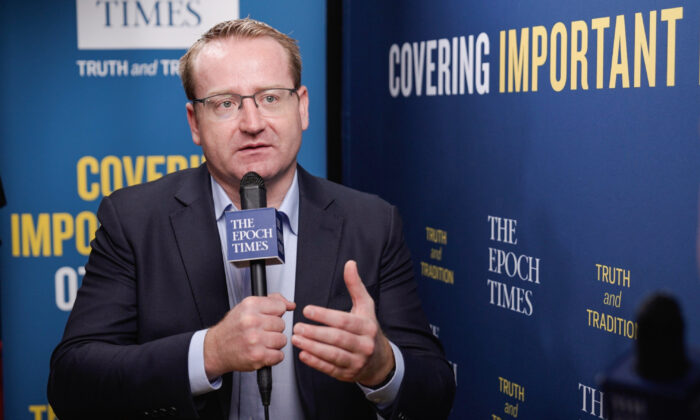 Facebook whistleblower Ryan Hartwig, during an interview with The Epoch Times' "American Thought Leaders" at the Conservative Political Action Conference in Orlando on Feb. 28, 2021. (The Epoch Times)
CPAC 2021

Facebook whistleblower Ryan Hartwig, who lifted the lid on the social media giant’s alleged pattern of bias and censorship against conservatives, told The Epoch Times’ “American Thought Leaders” program on Feb. 28 that censorship at the company has become “outrageous.”

Hartwig, a former content moderator at a third-party company that provided services to Facebook, made news in June 2020 when he alleged that moderators were told to enforce the social media platform’s policies selectively to allow, under certain circumstances, content that demonized the police or white males.

“I saw that Facebook gave exceptions to, essentially, silence conservatives,” he said in an interview during the Conservative Political Action Conference (CPAC) in Orlando, Florida.

Facebook has repeatedly said its platform doesn’t favor one political viewpoint over another.

Hartwig, who worked for nearly two years for Cognizant, a firm hired by Facebook to handle part of its manual content policing, said in the interview that Facebook provided guidance on a number of occasions that he said was biased in favor of left-leaning causes and perspectives.

“One example of bias that I found was Don Lemon, the CNN anchor. He said on air that white men are terror threats. And so Facebook gave us guidance as content partners and said, ‘We know this violates our hate speech policy, but we’re making a newsworthy exception,'” he said.

Other examples he mentioned were guidance that “said that it’s okay to attack straight white males as filth for not supporting LGBT,” or instructions to specifically look for “hate speech” coming from then-President Donald Trump’s State of the Union address.

He spoke of the existence of about 30 such examples, which he said he had compiled and described in detail in a forthcoming book.

Commenting on the theme of this year’s CPAC, which is “America Uncanceled,” Hartwig said, “There couldn’t be a more fitting theme for this year’s conference, because we’ve seen just how outrageous the censorship has become with Facebook.”

Another former Facebook moderator at Cognizant, Zach McElroy, secretly recorded a number of Facebook moderators talking about political bias in content policing, either their own or that they observed in others. McElroy’s claims were featured in a video released by Project Veritas in June 2020.

“With regards to a question related to Project Veritas’ report. First off is that our reviewers work hard to keep our tack on space for end-users every day, the reviewers’ decisions are regularly evaluated, ensure our policies are applied fairly and accurately, not promote any political viewpoint of any stripe and the comments included in this video are not consistent with our policies,” she said, according to a transcription obtained by Project Veritas and emailed to The Epoch Times.

Rep. Devin Nunes (R-Calif.) said at the CPAC event on Feb. 26 that censorship by Big Tech is “probably the biggest problem that we face right now in this country, as a party.”