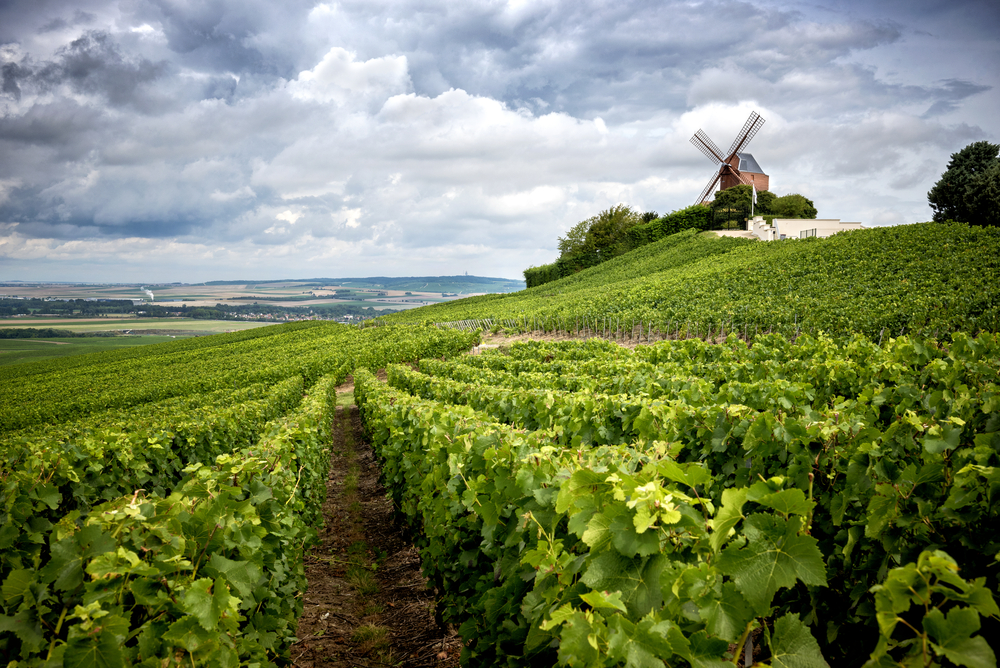 One of the most interesting place name arguments involves Champagne, which can only come from that district in France. (Massimo Santi/Shutterstock)
Food

What’s in a Name? When It Comes to Wine, a Lot

When you buy a French Chablis, it will be made only from Chardonnay grapes grown in a small district in France, because that’s required under French law.

Likewise, when you buy a Sancerre, it can only be a sauvignon blanc from the eastern Loire Valley. A Beaujolais can only be made from the Gamay Noir à Jus Blanc grape grown in a district of Burgundy.

It has been about 15 years since the United States belatedly agreed to recognize such wine terms as protected place names because they’re actual regions in Europe. It’s kind of like “Parmigiano Reggiano,” which can only be made in certain Italian districts, although “parmesan” is an Americanized version that’s widely used—and one that gourmets usually hate.

The controversy over place names still riles many Europeans, such as the many producers of cheddar cheese in the English village of Cheddar in Somerset—where the cheese originated—using a proprietary process. Today, the word cheddar is used around the world indiscriminately, much to the anger of Somersetians.

One of the most interesting place name arguments involves Champagne, which can only come from that district in France. As such, it must be capitalized and can’t be used by wineries for new U.S. wines.

Yet it’s still used on wine labels of several U.S. wineries because of a curious series of historic events.

The French have long claimed that several French place names had been unfairly usurped by U.S. wineries in the years before Prohibition and after, including Chablis and Burgundy. All of the U.S. wineries using that term use it for blended red wines.

The French claim (rightly) that not one American Chablis or Burgundy was anything remotely close to their French antecedents. Champagne was also widely used on U.S. wine labels for anything that had bubbles, further angering the French.

France tried to outlaw these practices by international treaty in 1891 and later with a special clause in the Treaty of Versailles in 1919, which dealt with the end of World War I.

However, President Woodrow Wilson’s controversial efforts to set up the League of Nations ended with the United States never signing that treaty, although other nations did. Besides, by that time, the United States was just entering a zero-alcohol period (Prohibition), so the matter became moot.

When Prohibition was lifted on Dec. 5, 1933, the French again toyed with the idea of trying to get Champagne stricken from use in the United States, but by then the entire California wine business was in shambles, with only poor-quality grapes left in vineyards that had largely been left untended for 16 years.

Moreover, only one “Champagne” was being made in California in the 1930s—by winery owner Paul Masson, a French expatriate, who started making it in 1892. It wouldn’t be until the 1960s that sparkling wine-making resumed in California.

And the French had other things on their minds, such as the rebuilding of Europe after WWII, Communism, NATO, nuclear power. … By contrast, California “Champagne” was too tiny a subject to worry about.

It wasn’t until 2006 that the French (and other European nations) resumed campaigns against the misuse of their place names.

That led to a pact. The United States agreed to ban most French place names such as Champagne, Chablis, and Burgundy for all new wines—but it grandfathered in the use of those names for wineries that had long-established brands using the terms.

Among them was Sonoma County sparkling wine producer Korbel, which still can call its bubblies “California Champagne.”