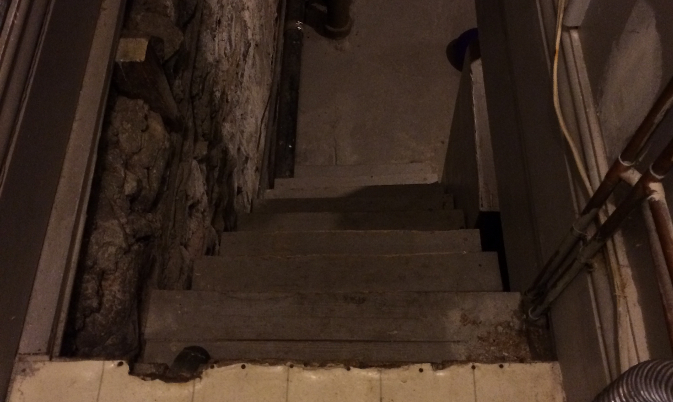 What would you do if you found a treasure under you house? (
Good to Know

What This Guy Found Behind His Furnace Is Incredible.What He Decided to Do With It Is Even More So

Every boy, regardless of age, dreams of being Indiana Jones and finding the Lost Ark. But if you ever found a treasure, maybe one with historical significance, what would you do with it?

This is exactly the dilemma a young Canadian faced recently.

His 100-year-old house was build over an ancient Indian burial site, a fact he never paid much attention to until—prompted by the cold winter (-22 degrees Fahrenheit some days)—he decided to fix his decades-old furnace, and found this:

When he took it to a local university, the item was identified as a “tumi,” most commonly found in Central America. It is a ceremonial knife made from bronze and it was used during ceremonies to sacrifice animals. It was also commonly used for skull trepanation, which basically means to drill a hole in the human skull to treat health problems related to intracranial diseases.

But making a quick buck was not his first choice. When taking to object to the local museum, the staff there wanted to keep it for a few days for some tests. He then suggested it should go on display so others can also appreciate it.

“I cannot believe it. Something that I found is important enough to be presented in a museum,” he shared on Imgur.

It is still unclear how the tumi got there. Being an object from Central America, it is clearly unrelated to the burial site the house was built on.