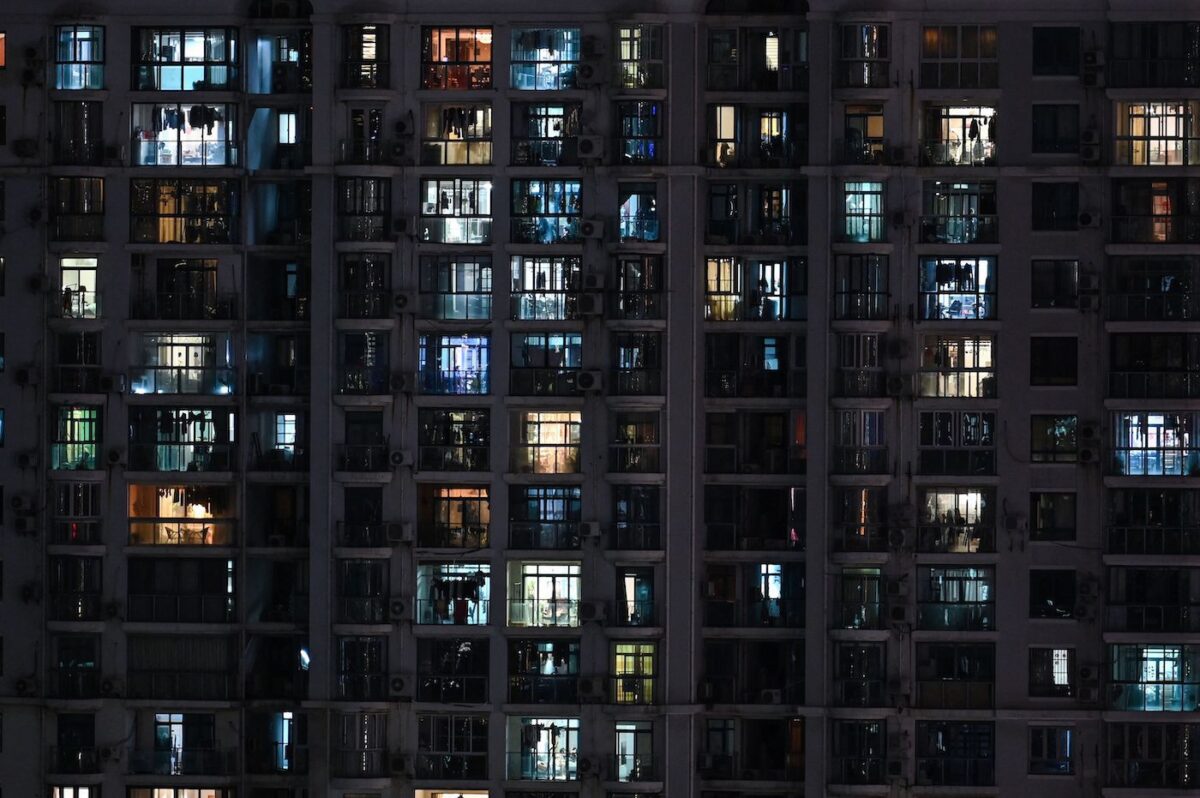 View of residential units during a COVID-19 lockdown in the Jing'an district of Shanghai on April 17, 2022. (Hector Retamal/AFP via Getty Images)
Health Viewpoints

What the Destruction of the Hippocratic Oath Means for Society

Amidst the Omicron variant era of the pandemic, secondary disasters have been constantly taking place in many cities in communist China under strict lockdown. Some hospitals flat out refuse patients that don’t have a nucleic acid amplification Covid test report, leading to multiple deaths of people who could not receive treatment. What has caused these heartbreaking cases? And is the unimaginable happening in China a warning for the rest of the world?

A shocking psychological experiment, the “Obedience Experiment” designed and conducted by psychologist Stanley Milgram, may be able to shed some light on this issue.

The Hippocratic Oath: A Must-Read for Entry-Level Physicians

China’s strict city lockdown policy has caused many tragedies. On April 16, 2022, the son of Shanghai violinist Chen Shunping wrote online that his father had experienced severe abdominal pain and vomiting, so he sought help from Tongji Hospital, which is affiliated with Tongji University, and the “No. 10 People’s Hospital.” However, he didn’t receive any treatment. As a result, Chen jumped off a building to his death. This issue immediately became a popular subject of discussion among Chinese netizens users.

Zhou Shengni, a nurse at Shanghai East Hospital, had an asthma attack and passed away, as she was denied treatment by her own employer.

When the pandemic broke out in Xi’an in January, 39-year-old Li Hai (a pseudonym) was in the same situation. Li Hai called 120 (emergency number in China) with chest pains, but since his nucleic acid test results weren’t available yet, the emergency responders refused to send him to the hospital. Later, he received the test results, but he was still refused treatment by three hospitals for reasons such as hospital closure, and he eventually passed away.

There have been multiple similar cases taking place recently in China, and it is heartbreaking.

All doctors have the responsibility to save people and protect their health. Many physicians, at the beginning of their medical career, would take the Hippocratic Oath or the alternative Declaration of Geneva.

An excerpt of the Declaration of Geneva reads:

“I solemnly pledge to dedicate my life to the service of humanity; the health and well-being of my patient will be my first consideration; I will maintain the utmost respect for human life; I will not permit considerations of age, disease or disability, creed, ethnic origin, gender, nationality, political affiliation, race, sexual orientation, social standing or any other factor to intervene between my duty and my patient; I will not use my medical knowledge to violate human rights and civil liberties, even under threat.”

The Hippocratic Oath and the Declaration of Geneva are considered to be the professional ethics of those who practice medicine. However, why do some medical professionals forget their responsibility to save lives, when they see a patient in urgent need of treatment? Maybe it’s because they have to obey the orders of their superiors and the authorities, so they have to take actions against their own will.

One may wonder: Can an order from the authorities make a medical practitioner turn a blind eye to the suffering of a patient right in front of him or her?

There was a history-making study on “obedience to authority,” and its experiment results caused a great deal of controversy at the time.

The Most Shocking Psychological Experiment of All

This study first started right after World War II ended, when the memories of the inhumane massacres during the war were still fresh in people’s minds.

In this context, Professor Stanley Milgram, a psychologist at Yale University, wanted to know whether it is possible that people would commit murders just to obey the orders of their superiors during wartime. What choices would people make when the “authority” issues them an order that goes against their basic moral principles?

Therefore, in 1960, Professor Milgram started the “obedience to authority experiment” (aka the Milgram Experiment).

The subjects of the experiment ranged in age from 20 to 50, with both genders. Their occupations included workers, salespeople, white-collar workers, and professionals. And the experimenters recruited people of all educational backgrounds.

In the experiment, the learner would explicitly tell the teacher that he or she was suffering from a heart condition.

During the experiment, the teacher and the learner were placed in different rooms. Unable to see each other, they could only communicate through a microphone on the wall. The teacher would hear the learner’s screams from the next room during each electroshock, but this was actually a pre-recorded sound to convince the teacher that the shock was real. As the voltage increased, the learner would react in various ways, from being silent, to mumbling, shouting and begging, and finally there would be silence, as if the learner had become unconscious.

In the teacher’s room, there was a Yale University psychologist responsible for giving instructions to the teacher, representing the authority.

Prior to the experiment taking place, Professor Milgram and his colleagues tried to predict the number of people, who would stay in the experiment until the very end and apply 450-volt electroshocks to the learners.

The “teachers” were informed that voltages above 110 were unsafe; 135-volt shocks were already considered very strong, and over 450 volts would be dangerous, and not to mention that the learner was supposed to have a heart condition. Believing that people would have a moral baseline, the experimenters thought that only a handful of people would persist until the end.

However, unfortunately, Professor Milgram and his colleagues were wrong.

The results of the experiment were shocking and depressing. Sixty-five percent of the subjects abandoned their moral principles during the experiment and chose to completely obey the authority to the end, thus applying 450-volt electric shocks to the learners, even though the “teachers” had been previously instructed that disobeying the authority would not cost them anything or get them punished.

However, it is still heartening to know that 35 percent of the subjects chose to stand by their conscience and stopped the experiment by disobeying the authority.

Professor Milgram and his colleagues repeated the same experiment many times in different cultures, in the United States, Germany, Italy, and South Africa. Although the subjects of experiment possessed different characteristics and ethnicities, the results were surprisingly consistent: around 65 percent of the subjects chose to obey the authority.

The experiment results caused an uproar in the society at that time. We all think that people have the basic morality, which involves being considerate of others and treating them with respect. However, when an authority figure gives orders, would people do things that hurt others while violating their own conscience?

One example of doctors betraying moral conscience and abandoning the Hippocratic Oath has left a deep mark in history:

“During the Weimar Republic in the mid-twentieth century, more than half of all German physicians became early joiners of the Nazi Party, surpassing the party enrollments of all other professions. From early on, the German Medical Society played the most instrumental role in the Nazi medical program, beginning with the marginalization of Jewish physicians, proceeding to coerced “experimentation,” “euthanization,” and sterilization,” according to a paper published in the International Journal of Law and Psychiatry.

As in the case of China under lockdown, when a patient has an emergency medical condition, have the doctors forgotten the Hippocratic Oath and their professional ethics? In fact, it is unlikely that they have indeed forgotten about them. Is it pressure from authority that causes them to make the wrong judgment?

‘Courage’ Is Essential to Human Life and Health

Professor Milgram began these experiments in 1961 and published his paper in 1963, when the Helsinki Declaration was not published until 1964. Regardless of the unavailability of ethical review at that time, which has triggered some concerns, the implication and influence of the main conclusion of the study are far-reaching.

During the COVID era, countless pieces of important safety information regarding COVID vaccines which were hidden, or underreported. Lives were lost due to silence or obedience of medical professionals.

California recently introduced Assembly Bill 2098, which designates “the dissemination or promotion of misinformation or disinformation related to the SARS-CoV-2 coronavirus, or ‘COVID-19,’ as unprofessional conduct” warranting “disciplinary action” that could result in the loss of health professionals’ medical licenses. Free voices might be shut even further under the power of authorities with such legislation in the works.

The pressure of authority weakens people’s ability to make subjective judgments about right and wrong, reducing people to robots.

Therefore, in the Milgram Experiment, only 35 percent of the people were able to adhere to their moral baseline and had the courage to say “no” to authority figures, which is quite commendable.

Speaking of courage, David R. Hawkins, M.D, Ph.D, a well-known American psychiatrist and physician, had systematically studied the energy of the human body in different mental states over a long period of time. He published his findings in the book titled “Power vs. Force.”

The states of consciousness that bring negative energy to people include guilt, apathy, fear, anxiety, anger, resentment, and pride.

The states of consciousness that bring positive energy include acceptance, reason, love, joy, peace, and enlightenment.

When a person’s energy level goes from negative to positive, there will be a watershed, which is “courage” with a level of around 200.

While frustrating and intimidating, people must all be firm in pursuing and sharing the truth, in standing up for freedom of speech including and especially for the rights of medical doctors to express their medical opinions.

It is only when the morality of human society is maintained that the people living within it will be truly healthy, and human civilization be developed sustainably.

Why did so many German doctors join the Nazi Party early?