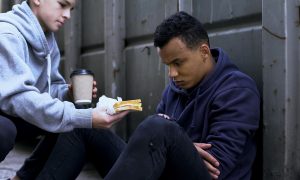 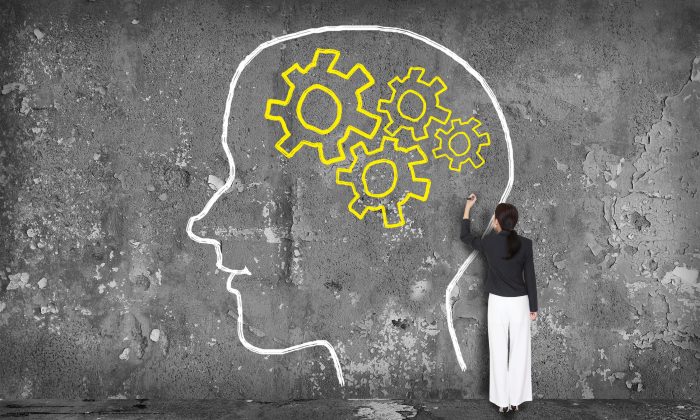 What Some Research on Creativity Tells Us

If anyone doubts that our culture is obsessed with creativity, a quick survey of the available literature on the topic should satisfy.

The amount of scholarly interest on creativity in the last 50 years at least is mind-boggling. Psychologists, cognitive scientists, and philosophers have studied it, of course, but researchers in the fields of engineering, theology, and linguistics have looked into it as well. Studies have ranged from how moods, intelligence, and personality type are related to creativity, to how it affects mental health, economics, and neurological processes.

It’s Healthy for You

When we think of creativity in relation to health, we might first think of improved mental health. Art therapy, according to the American Art Therapy Association, is used to help clients explore their feelings, foster self-awareness, and manage behavior and addictions.

But one hefty but by no means exhaustive review of literature from 1995 through 2007 on the relationship between the creative arts and health suggests an even deeper effect. Looking specifically at the therapeutic effects of music, visual arts, movement/theater, and expressive writing, one review surveyed the effects on physical healing.

For example, in two studies that used music therapy on hospitalized cancer patients, the benefits included reduced pain (found a study published in Oncology Nursing Forum), and increased immunity and lowered anxiety, among reductions in other psychological and physical symptoms (found another in The Journal of Psychosocial Oncology).

And at the Chelsea and Westminster Hospital, researchers compared those receiving “art intervention” with those who did not, in different units of the hospital. The groups receiving the intervention showed significantly better vital signs and fewer physical symptoms of stress, and needed less medication to help them sleep.

The Journal of Aging and Health reports long-term benefits. Researchers found that openness, or a mental flexibility and willingness to entertain novel ideas, can be a factor in increasing longevity, or as Scientific American put it, “creative thinking reduces stress and keeps the brain healthy.”

What is it that makes people creative? Or, what are the conditions that allow creativity to flourish?

A 2012 study showed that backpackers who spent four days tracking in the wilderness increased their scores on standard creativity tests. “We show that four days of immersion in nature, and the corresponding disconnection from multimedia and technology, increases performance on a creativity, problem-solving task by a full 50 percent,” the researchers from the University of Utah concluded.

Walking in and of itself may be conducive to creativity, according to Science Daily. Or even just letting the mind wander; brain imaging has revealed that daydreaming is a much more active mental state than previously thought, reports another Science Daily article.

If activity can foster creativity, so it seems can stillness: A 2012 study appearing in Open Access Library Journal found that non-meditators were more rigid in their thinking than those who regularly meditated, and they tended to use complicated solutions based on their past experiences to solve easy problems, rather than a simpler solution based on the task at hand. It was the opposite for those who meditated. In other words, meditation allowed for a more creative, insightful solution.

A 2014 study appearing in the journal Mindfulness showed that after undergoing open monitoring (a form of meditation in which one is receptive to every thought and sensation), even novice meditators performed well on divergent thinking, a type of thinking which comes up with many solutions for a problem.

But what traits are conducive to creativity?

In 2016, Anna Jordanous, a computational scientist at Kent University, and Bill Keller, a linguist at Sussex University in England, looked at 90 academic studies and, by analyzing the language therein, compiled a list of 14 key components of the creative process. These components include general intellectual ability, social interaction/communication, and active involvement/persistence.

Very influential ideas have come from Mihaly Csikszentmihalyi, best known for his psychological concept of flow, a highly focused mental state. In his 1996 article “The Creative Personality,” Csikszentmihalyi outlined what he deemed as necessary traits of a creative person: a burning curiosity, the ability to concentrate, the ability to find order in chaos, mental agility, and a willingness to take risks and accept failure.

Perhaps that most famous study of creative people occurred in the 1960s, when University of California–Berkeley psychologist Frank X. Barron brought a group of high-profile creators—scientists, architects, business entrepreneurs, and writers such as writers Truman Capote and Norman Mailer—to the Berkeley campus. Barron’s study revealed interesting results. Among other attributes, he found foremost that these people were highly motivated to make meaning of what they studied, were intuitive in the way they perceived the world, were independent in their thinking, and preferred complexity over simplicity, for the challenge of finding simplicity in it.

Anyone who has ever painted a picture, made up a song in the shower, come up with a great practical joke, filmed a video with friends, or pretended that they were a fireman (or a doctor, or a zookeeper, or a dragon, for that matter) knows that creativity makes you happy.

A University of North Carolina–Greensboro team tracked 79 college students (26 in art-related majors) for a week to see how their moods correlated with the tasks they were performing. The results showed that many of the participants undertaking creative activities reported feeling happy.

Researchers at Brooklyn College and Boston College tested 83 children aged 6 to 10 and found that drawing a picture could alleviate feelings of disappointment that the researchers had induced in them. Interestingly, children tasked with drawing pictures unrelated in theme to their induced disappointment fared better than those who drew pictures related to their disappointments.

But only so much happiness fosters creativity. Emma Seppala, science director at the Stanford University Center for Compassion and Altruism Research and Education, and author of  “The Happiness Track,” wrote in The Harvard Business Review that highly intense emotions, whether positive or negative, can wear us out. When we are excited or elated, we use just as much energy as when we are angry or fearful. Low-intensity positive feelings, on the other hand, such as contentment or serenity, allow one to focus on the task at hand and create a positive effect on others. She believes that this kind of low-grade happiness sparks creativity and fosters collaboration in a team setting.