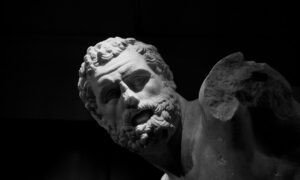 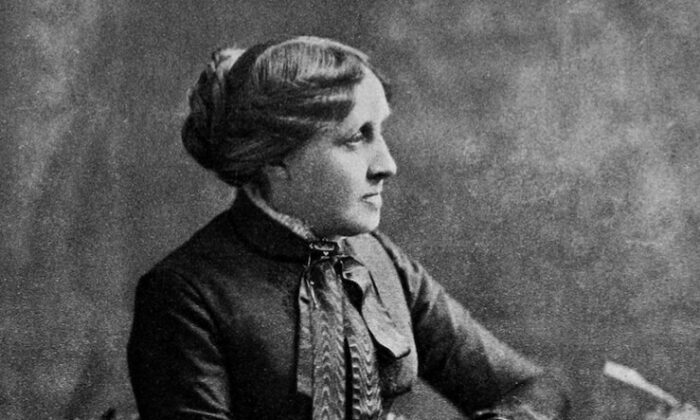 As a child, Louisa May Alcott moved to an experimental village in Massachusetts, an experience she would write about later in life
By Lawrence W. Reed

Lawrence W. Reed
Lawrence Reed writes a weekly op-ed for El American. He is president emeritus of the Foundation for Economic Education (FEE) in Atlanta, Georgia; and is the author of “Real Heroes: Inspiring True Stories of Courage, Character, and Conviction“ and the best-seller “Was Jesus a Socialist?”
View profile
Follow
biggersmaller
Print

Louisa May Alcott’s “Little Women” was published more than a century and a half ago—in 1868—and all these decades later, it remains a popular novel. What the author’s many fans may not know is that as a young girl, Alcott learned firsthand just how ridiculous a utopian socialist commune is.

Alcott was just 11 when her father moved the family to the experimental village of Fruitlands in Massachusetts. It was not a promising place. Elizabeth Dunn at History.com writes:

“Fruitlands was founded in Harvard, Massachusetts, as a self-sufficient farming community by Charles Lane and Bronson Alcott, two men with no practical experience in either farming or self-sufficiency … Settlers were forbidden to eat meat, consume stimulants, use any form of animal labor, create artificial light, enjoy hot baths or drink anything but water. Lane’s ideas later evolved to include celibacy within marriage, which caused no small amount of friction between him and his most loyal disciple, Bronson Alcott, who had relocated his wife and four daughters [Louisa being one of them] to Fruitlands in a characteristic fit of enthusiasm.”

At least 119 utopian, communal, or socialist settlements were founded in the early 1800s in America. As most of the country reveled in newly won freedoms and a market economy that allowed the enterprising to create wealth, a few malcontents sought a different life. They spurned private property in favor of sharing material things in common. They preferred a “planned” community over the supposed “chaos” of the market’s spontaneous order. They thought if they just worked out on paper what their preferred society would look like, everything and everybody would just fall into place.

In “The Dark Side of Paradise: A Brief History of America’s Utopian Experiments in Communal Living,” I summarized their dreams:

“In a selfless “spirit of community” and a “brotherly cooperation instead of competition,” there would be virtually no divisions of class or income. Everybody would then live happily ever after (which, as readers know, is a popular final line of many a fairy tale).”

From its inception in 1843, Fruitlands and its visionaries Lane and Alcott marinated in the half-baked, socialist abstractions that doomed it to failure:

Lofty pledges of equality that fell far short of reality. Women, for instance, were promised they would have to work no harder or longer than men, but the Alcott girls were among the Fruitlands women who were stuck with most of the labor.

Goofy, fringe notions about life. At Fruitlands, these notions included a general abstinence not only from sex but from most of what its architects regarded as “worldly activities”—like most commerce and trade, the raising of livestock, and the planting of vegetables that grow down (like turnips and carrots) instead of up (like lettuce and tomatoes).

A weird disdain for private property. The mere desire to acquire property for oneself (even by serving others as customers) was regarded as repugnant. Lane and Alcott once visited a nearby settlement of Shakers and while admiring the Shakers’ practice of property held “in common,” they condemned them for engaging in commerce by selling their homemade furniture.

Louisa May Alcott later wrote a scorching critique about her family’s time at Fruitlands in an essay entitled “Transcendental Wild Oats.” It includes this paragraph:

“Money was abjured as the root of all evil. The produce of the land was to provide most of their wants, or be exchanged for the few things they could not grow. This idea had its inconveniences; but self-denial was the fashion, and it was surprising how many things one can do without.”

None of those 119 or more utopian communes survived. The lucky ones still around are museums today. None lasted so much as a decade. Fruitlands went belly-up quicker than most of them. It was gone in a mere seven months.

Perhaps that lousy track record is the reason socialists don’t practice “voluntary” socialism today, preferring to dragoon people into their plans by coercion. That’s a rather sad commentary, isn’t it? Ideas so bad that because they flop when tried freely, they must be imposed at the point of a gun. What could go wrong?

“The Dark Side of Paradise: A Brief History of America’s Utopian Experiments in Communal Living” by Lawrence W. Reed

“History of Fruitlands and the English Reformers” by Jessica Gordon

Lawrence W. Reed
Follow
Lawrence Reed writes a weekly op-ed for El American. He is president emeritus of the Foundation for Economic Education (FEE) in Atlanta, Georgia; and is the author of “Real Heroes: Inspiring True Stories of Courage, Character, and Conviction“ and the best-seller “Was Jesus a Socialist?”
TOP NEWS