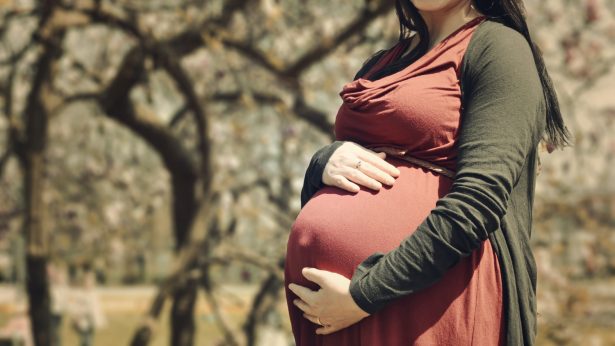 ‘What I’ve Seen in the Last 2 Years Is Unprecedented’: Physician on COVID Vaccine Side Effects on Pregnant Women

Former Pfizer VP: 'Adverse impacts on conception and ability to sustain a pregnancy were foreseeable'
By Enrico Trigoso

Dr. James Thorp is an extensively published 68-year-old physician MD board-certified in obstetrics and gynecology, as well as maternal-fetal medicine, who has practiced obstetrics for over 42 years.

Thorp told The Epoch Times that he sees 6,000–7,000 high-risk pregnant patients a year and has seen many complications among them due to the COVID vaccines.

“I’ve seen many, many, many complications in pregnant women, in moms and in fetuses, in children, offspring,” Thorp said, “fetal death, miscarriage, death of the fetus inside the mom.

“What I’ve seen in the last two years is unprecedented,” Thorp asserted.

Thorp explained that although he has seen an increase in fetal death and adverse pregnancy outcomes associated with the COVID-19 vaccination, attempts to quantify this effect are hampered by the imposition of gag orders on physicians and nurses that were imposed in September 2021, as reviewed in the publication “Patient Betrayal: The Corruption of Healthcare, Informed Consent and the Physician-Patient Relationship” (pdf).

At the beginning of January, the FDA was ordered to release its first large batch of documents related to Pfizer’s COVID jab trials, of which over 10,000 of about 450,000 pages have been made public so far.

Among the adverse events, particularly alarming are the ones that affected pregnant women. The documents say that there were 274 pregnancy adverse events, of which 75, or 27 percent were “serious.”

“49 non-serious and 75 serious, reported clinical events, which occurred in the vaccinated mothers. Pregnancy related events reported in these cases coded to the [patients] Abortion spontaneous (25), Uterine contraction during pregnancy, Premature rupture of membranes, Abortion, Abortion missed, and Foetal death (1 each). Other clinical events which occurred in more than 5 cases coded to the [patients] Headache (33), Vaccination site pain (24), Pain in extremity and Fatigue (22 each), Myalgia and Pyrexia (16 each), Chills (13) Nausea (12), Pain (11), Arthralgia (9), Lymphadenopathy and Drug ineffective (7 each), Chest pain, Dizziness and Asthenia (6 each), Malaise and COVID-19 (5 each),” reads the previously confidential Pfizer documents (pdf).

The CDC website recommends the COVID vaccines during pregnancy in order to “prevent severe illness and death in pregnant women.”

The American College of Obstetricians and Gynecologists (ACOG) also “strongly recommends that pregnant individuals be vaccinated against COVID-19,” adding that pregnant women’s complete vaccination should be a “priority.”

Thorp repeatedly emphasized that it’s not that everybody got their shots when the vaccine was first distributed.

“They were not all administered [on Dec 1, 2020,]” Thorp said. “All the lots that were sent out were deep-frozen on-site and then they were administered slowly over that eight weeks.”

The amount of BioNTech vaccines shipped worldwide at the time has been redacted in the aforementioned document.

“Why did they redact that? That would have been unbelievable information that would give you the exact numerator and denominator,” Thorp said.

Former Pfizer VP Had Given Warnings

Michael Yeadon is a big pharma veteran with 32 years in the industry. He retired from Pfizer whilst occupying the most senior research position in that field.

“On December 1, 2020, We detailed a series of mechanistic toxicology concerns which we believed were reasonable to hold, unless & until proven not to occur,” Yeadon said in a statement to The Epoch Times.

“Among those was that adverse impacts on conception and ability to sustain a pregnancy were foreseeable.”

“It’s important to note that none of these gene-based agents had completed what’s called ‘reproductive toxicology.’ Over a year later, this battery of tests in animals still has not been done. So there was and still is no data package supporting safety in pregnancy or prior to conception.”

Dr. Wolfgang Wodarg and Yeadon detailed the concerns on the issue: the spike protein from the virus encoded in the vaccines was related to a minor extent to syncytin that plays a crucial part in the carrying of a baby to term.

Yeadon had hoped, back then, that their concerns were paid attention to, since they had already seen the tragedy of thalidomide, a sedative drug that caused congenital malformation, over 60 years ago.

“During 2021, I came across two further pieces of evidence which made it much more likely that there’d be adverse effects on pregnancy from COVID-19 ‘vaccines.'”

“It looked like someone had tried to dismiss our concerns by testing for evidence of the particular problem we’d warned about in Dec. 2020. Unfortunately, all they did is to reinforce our concerns. We’d envisioned the risk that, in responding to the synthetic piece of virus spike protein, women’s immune systems would also make an immune response to their own placental protein,” Yeadon said. “That’s exactly what was reported in the pre-print paper.”

“Based on this concern alone, all of these experimental products as a class should have been completely contraindicated in women younger than menopause.”

Another concern that they had not initially noticed was that “the mRNA products (Pfizer & Moderna) would accumulate in ovaries,” Yeadon stated.

“An FOI request to the Japanese Medicines Agency revealed that product accumulation in ovaries occurred in experiments in rodents. I searched the literature based on these specific concerns and found a 2012 review, explicitly drawing attention to the evidence that the lipid nanoparticle formulations as a class do, in fact, accumulate in ovaries and may represent an unappreciated reproductive risk to humans. This was ‘a well known problem’ to experts in that field.”

A 2012 study says that after testing with different mouse species and Wistar rats, “a high local accumulation of nanoparticles, nanocapsules and nanoemulsions in specific locations of the ovaries was found in all animals.”

Referring to the study, Yeadon told The Epoch Times that “The authors tell untruths. They say something like ‘there was no increase in anti-syncytin-1 antibodies.'”

The former Pfizer VP believes that the pharmaceutical industry “definitely knew,” since 2012, that the lipid nanoparticles would accumulate in the ovaries of women that took the vaccines.

“No one in the industry or in leading media could claim ‘they didn’t know about these risks to successful pregnancy.'”

A lipid nanoparticle is an extremely small particle, it’s a fat-soluble membrane that is the cargo of the messenger RNA, Thorp said.

“From data that we have, there appears to be a concentration of the lipid nanoparticles, which are very, very small particles, which are in the vaccine that are injected into the arm,” Thorp said, “and then the vast majority of those are dispersed throughout the entire body.”

Dr. Christiane Northrup is a board-certified obstetrician-gynecologist with more than 30 years of experience and the former president of the American Holistic Medical Association. She also served on their board during the 80s and early 90s.

She told The Epoch Times last October about how were women being affected by the vaccines.

“Women are having bleedings. The doctors in our area are doing hysterectomies in young women, like 30-somethings, they said, ‘Oh, it’s not unusual.’ Let me tell you, as a board-certified gynecologist, that’s very unusual. Women’s periods are messed up all over the place … I’ve had a huge Facebook group of thousands of women talking about this situation that was removed,” Northrup said.

“My profession is famous for embracing treatments that later on turn into disasters: For example the drug thalidomide that results in limb effects in hundreds of babies, the Dalkon shield IUD that was touted as the birth control method of choice for women who had never had children—and then made hundred of them sterile from infection. And of course, there is DES (diethylstilbestrol) that was given to thousands of women for nausea of pregnancy—and results in reproductive abnormalities in both male and female offspring—including sterility,” Northrup added on Tuesday.

Pfizer and Moderna did not respond to requests for comment.