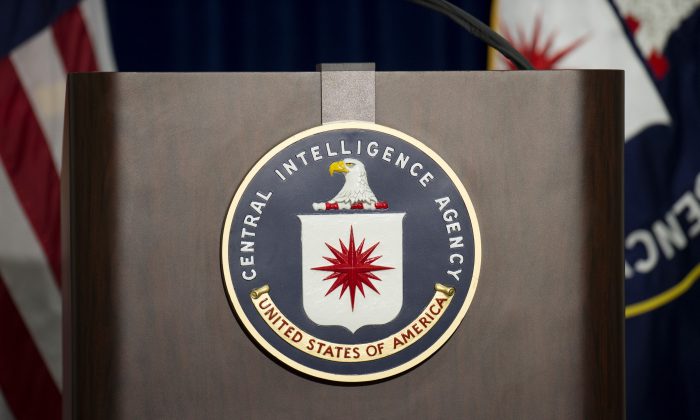 A lectern stands empty at CIA headquarters in Langley, Virginia on Dec. 11, 2014. (JIM WATSON/AFP/Getty Images)
US

What Is the ‘Deep State’ We Keep Hearing About?

The term “deep state” has been increasingly appearing in news headlines of late, and it’s likely to become yet another buzzword in the age of Donald Trump, alongside “fake news,” “post-truth,” and “alt-right.”

So is there a deep state? That depends on who you ask. The New York Times and New Yorker say there’s no such thing, denouncing the term as a conspiracy theory. But others, including The Economist and The Weekly Standard founder Bill Kristol, have made reference to its existence.

White House press secretary Sean Spicer, notably, in a Friday briefing, did not reject the concept of the “deep state,” with he and other White House aides blaming it on the frequent leaks about the Trump administration to the media.

“I think that there’s no question when you have eight years of one party in office, there are people who stay in government—and continue to espouse the agenda of the previous administration,” he stated. “So I don’t think it should come as any surprise there are people that burrowed into government during eight years of the last administration and may have believed in that agenda and may continue to seek it,” he added. “I don’t think that should come as a surprise.”

So, what is he talking about?

The term “deep state” originated in Turkey, referring to a network of individuals in multiple branches of government with ties to ex-generals, officials, and organized crime—existing without the knowledge of other military officials or politicians. The term has also been used in places like Egypt, pre-war Syria, and Pakistan, according to international relations experts.

“When we say ‘Deep State’ it has this really sinister, pernicious meaning,” said Nate Schenkaan, who is a director at Freedom House who wrote “Democracy in Crisis: Corruption, Media and Power in Turkey,” reported Time magazine.

“[It] included mafia leaders organizing military leaders to attack minorities, to kill and torture people, and they were used by elements of the state because it gave the state ways to get around the legal structure.”

According to Mike Lofgren, a former Republican U.S. Congressional aide, the deep state is defined as a “a hybrid association of elements of government and parts of top-level finance and industry that is effectively able to govern the United States without reference to the consent of the governed as expressed through the formal political process.” He noted that the “term was actually coined in Turkey.”

Lofgren goes further, saying that it’s “the big story” of the 21st century.

“It is the red thread that runs through the war on terrorism and the militarization of foreign policy, the financialization and deindustrialization of the American economy, the rise of a plutocratic social structure that has given us the most unequal society in almost a century, and the political dysfunction that has paralyzed day-to-day governance,” he wrote, adding that Edward Snowden’s 2013 leaks of the NSA’s surveillance programs exposed pieces of the apparatus.

Ryan McMaken of the Mises Institute has a more mundane description for it. “Only the most naïve observers of any government would deny that life-long entrenched bureaucrats don’t have their own interests separate from both the public and the public figures who … are subject to public oversight and to elections,” he writes.

Glenn Greenwald, the longtime investigative journalist with The Intercept, has his own interpretation:

The deep state, although there’s no precise or scientific definition, generally refers to the agencies in Washington that are permanent power factions. They stay and exercise power even as presidents who are elected come and go. They typically exercise their power in secret, in the dark, and so they’re barely subject to democratic accountability, if they’re subject to it at all. It’s agencies like the CIA, the NSA and the other intelligence agencies, that are essentially designed to disseminate disinformation and deceit and propaganda, and have a long history of doing not only that, but also have a long history of the world’s worst war crimes, atrocities and death squads.

In March 2017, with WikiLeaks releasing thousands of CIA-related files, revealing the existence of sophisticated hacking tools, the term “Deep State” likely won’t be going away any time soon.