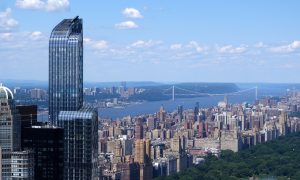 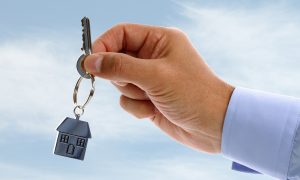 Dreams and Realities of the Real Estate Business
0 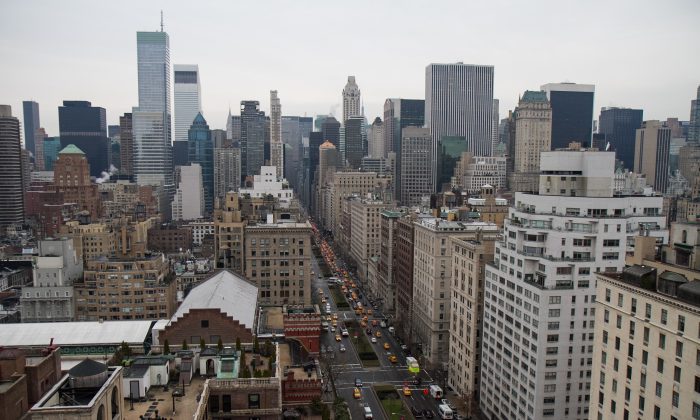 NEW YORK—A weaker and more volatile Chinese economy has triggered high levels of capital outflow from the country, and so far, the United States has been the prime beneficiary.

The Chinese overseas investment spree started in 2010, motivated by the shift in the Chinese regime’s policy to promote outbound investments. Since then, a total of $50 billion has been invested by Chinese companies across a wide range of U.S. industries, with real estate attracting $10 billion.

With the stock market crash in China that began in June 2015, Chinese are investing even more in U.S. real estate, which is considered a safe haven by investors.

“Money coming in from China is as strong as it has been. We feel very optimistic that the trend will continue,” said Kathryn A. Korte, president and CEO of Sotheby’s International Realty.

Sun Yu, head of network research at the Financial Times, said during a panel discussion at the conference that previously Chinese people invested domestically in fund management firms, mines, and properties.

“The sharp decline in returns at home lead institutional investors and individuals to diversify their investments and look for safe havens. This is very good news for the New York real estate market,” said Yu.

The most attractive real estate destinations for Chinese investors are New York, London, Los Angeles, San Fransisco, and Tokyo according to Christine Zhang from the Bank of China. New York and London have replaced Shanghai and Hong Kong, which used to be top destinations for mainland Chinese investors. And in recent months, Houston real estate has become highly attractive as well.

David Friedman, president of Wealth-X called Houston, Texas the new emerging market due to its high appeal to Chinese investors.

So far, the top properties for Chinese investors in the United States have been high-end trophy properties, office spaces, and hotels. Wealthy Chinese were also the largest group of foreign investors in U.S. homes and condominiums in 2014, according to the U.S. National Homebuyers Association.

Chinese investors have started to look for opportunities across a wider range of geographies and a greater variety of asset types.

Selling Off Homes in China

Growth of the Chinese middle class is also expected to drive outbound investment over the next few years. According to Yu, half of families in Shanghai own more than one house.

“There is a huge population of homeowners in the big cities where the prices have gone up. And the average value of apartments is $500,000,” said Yu.

This high level of home ownership has meant Chinese can now sell off their second or third house and transfer the released funds overseas. In addition, overseas education is gaining momentum with more of the middle class willing to send their children abroad. This trend will provide a support to the U.S. real estate in the next few years, said Yu.

The average home purchase price by Chinese in the United States was around $830,000 as of March 2015, according to National Association of Realtors (NAR).

However, recently there has been an increase in lower price transactions, which is seen as a sign that more middle-class Chinese are investing in the U.S. market.

“We see a lot more investors buying in lower price ranges at $2,000–$3,000 per square foot versus the very high-end trophy properties,” said Korte.

The Chinese regime has been promoting outbound investments to expand its political and economic influence abroad, according to Yu.

China is expected to launch a new pilot scheme called QDII2 allowing individuals to invest directly overseas. It will initially be launched in six key cities: Shanghai, Tianjin, Chongqing, Wuhan, Shenzhen, and Wenzhou. Individuals with at least 1 million yuan ($160,000) in financial assets will be allowed to participate.

“If this scheme is launched you will see more investors coming to United States and spending more money on real estate,” said Savio Chan, CEO of US China Partners.

Another significant segment of investors in the U.S. real estate market are Chinese students.

“China had one-child policy for 30 years. One child has a lot of power. They travel and study abroad. And they buy everything to enhance their face,” said Chan, who is also the co-author of the book “China’s Super Consumers.”

There are more than 250,000 Chinese university students studying in the United States. International students make up 7 percent of the foreign investment in the U.S. real estate market, according to Chan.

“We only see the tip of the iceberg,” said Henry Tang, managing director of Clarett International. In addition to the big potential he sees from Chinese students, he expects more developers from China to invest in U.S. real estate in the future.

According to a study by Cornell University, the Manhattan real estate market tops the list of Asian Capital investment in the United States. Manhattan attracted more than $10 billion Asian investment between 2013 and 2015, followed by Hawaii ($4 billion), Los Angeles ($4 billion), and San Francisco ($1.3 billion).

Yet another source of growth for the U.S. real estate market are the funds coming through the EB-5 program. Since access to bank loans is getting harder, developers are using EB-5 money more as a new source of financing.

The EB-5 program enables foreign nationals to obtain U.S. permanent-resident status by investing in a U.S. business that creates jobs.

“It is now normal to see an EB-5 money stack in your capital financing,” said Sam Suzuki, CEO of Suzuki Capital. Through EB-5, Suzuki estimates the equity portion of the capital financing of most projects has jumped from 40 percent to 55 percent.

However, there is little due diligence done on the source of income, creating controversy.

“Congress is currently looking at the EB-5 program. And the legislation is going to be revised to put in more safeguards. We don’t know exactly what the outcome will be yet,” said Bruce Feffer, partner at law firm Eaton & Van Winkle.

Although uncertainty still remains on the regulation of the EB-5 program, it is not expected to cause a major disruption to Chinese investment flow. With rising economic instability and market volatility as well as new policy liberation schemes like QDII2 in China, experts believe the New York and U.S. real estate market will continue to be top recipients of Chinese wealth.