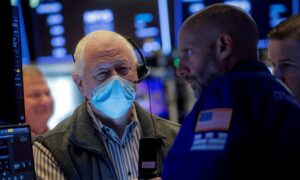 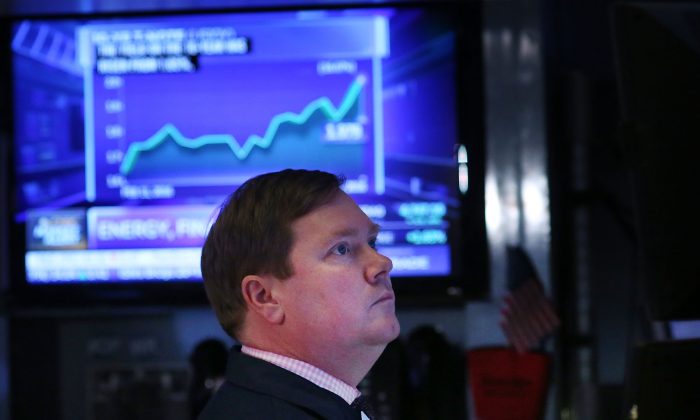 As different parties enter and exit, we see one record high after another
By Valentin Schmid

After the dust settles and the data comes in, it’s always easier to explain why markets do what they do.

One year ago, U.S. markets tanked because China surprised everyone with a mini-devaluation of its currency and a clear indication it will further liberalize foreign exchange markets.

This led to massive private sector capital outflows, and the People’s Bank of China (PBOC) had to sell foreign exchange reserves to keep the exchange rate stable.

Much later we learned that China’s central bank had not only sold U.S. government bonds but also $126 billion in U.S. stocks over the period from July 2015 to the end of March 2016, contributing to short-term corrections in the fall of 2015 and the spring of 2016.

Capital outflows from China haven’t stopped, as the Institute of International Finance (IIF) estimates that $227 billion has left China in the first half of 2016.

So why is the S&P 500 trading at an all-time high around 2,200, despite the Chinese official selling, Brexit, and a possible meltdown in the Chinese economy?

For two main reasons. First, while the Chinese central bank is selling U.S. stocks, Chinese people are buying them.

If Chinese citizens want to buy U.S. stocks, they have to first exchange yuan for U.S. dollars in the marketplace, either illegally or legally. If enough people sell yuan and buy dollars, this puts downward pressure on the yuan and the price falls.

Enter the PBOC. To keep the price stable, it steps in on the other side of the market and sells dollars into the market, buying yuan and therefore stabilizing the price. Of course, the two parties seldom interact directly, but rather through Chinese and international banks.

Real estate is by far the biggest investment vehicle for Chinese, but they also like U.S. stocks, especially after their stock market crashed in 2015.

According to a Financial Times survey, Mr. Guo, who works as a manager in manufacturing in Nanjing, has invested two-thirds of his assets in U.S. equities. The percentage of respondents holding foreign securities increased from 27.3 percent to 35.1 percent over the course of one year.

“U.S. stocks are easier to understand when you spend enough time studying them. In China, the longer you are in the market the less certain you feel,” Mr. Zeng, a Chongqing-based factory owner who owns $600,000 worth of U.S. stocks, told the FT.

The demand for overseas assets including stocks is so great, the first Chinese wealth manager has set up a trust firm on the British channel island of Jersey.

“We have talked to our clients who said global asset allocation was a must for them and the most important reason was that they hoped to diversify risks,” Kenny Lam, the group president at NoahHoldings Ltd., told Reuters.

Other, less wealthy individuals, who can stay under the $50,000 cap on foreign exchange transfers, use apps offered by companies like Jimubox to invest in stocks abroad without even visiting the bank.

“Chinese investors are actively seeking alternatives from the volatility of the local equity markets and have significant concerns about the valuation of the renminbi,” Jimubox Chief Executive Dong Jun told The Wall Street Journal.

The IIF estimates that citizens and companies will invest up to $237 billion in different kinds of equity investments abroad for the whole of 2016.

Speaking of Chinese companies, they spent $134 billion on outbound mergers and acquisitions deals, some of them on listed companies, like China’s Anbang Insurance Group buying Strategic Hotels and Resorts Inc. for $6.5 billion.

Even the  134-year-old Chicago Stock Exchange was recently sold to a group of Chinese investors.

But there is yet another buyer of U.S. equities, helping them to reach record highs while many other institutional investors and domestic individual investors are selling: the central banks of the world.

For example, the Swiss National Bank (SNB) held $119.7 billion in listed U.S. equities at the end of the first quarter of 2016. It is allocating 20 percent of its foreign exchange reserves to stocks, and it’s a fan of tech companies like Apple ($1.2 billion) and Google ($1.2 billion).

According to an analysis by investment bank Barclays, central banks may have been a big factor behind a $60 billion net investment in long future contracts in U.S. equities.

“Since March, $60 billion of net buying of U.S. equity futures … and $60 billion of flow from short-covering in S&P 500 stocks more than offset the $50 billion of outflows from U.S. equity ETFs and mutual funds,” the analysts write in a note. An ETF is an exchange-traded fund, a fund traded like stocks that holds assets such as stocks, commodities, and bonds.

Although the Bank of Japan now owns over half of all exchange-traded equity funds in Japan and is among the top five shareholders in 81 publicly traded companies, we don’t know whether it is also buying U.S. stocks.

“You are essentially in the world where public sector signals dominate,” says Viktor Shvets, global strategist at Macquarie Securities. He thinks the aggressive involvement of central banks and the government in investment decisions could end investment theory as we know it.

“The public sector doesn’t have cycles like the private sectors. Investment theory evolved around cycles. If you are dominated by the public sector, then investment is no longer possible,” he says.